in one of the greatest things ive ever seen 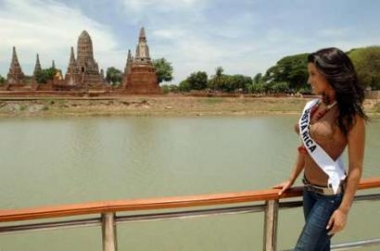 kids, this is why you need to study in school, so that if some asswipe tries to pull you into a public situation accussing you of all sorts of bullshit (some of which may be true) you will come out of the fight bruised a tad but victorious.

George Galloway didnt read from any fucking teleprompter yesterday in washington, he didnt have a manila folder of bullshit at his fingertips to distract him. he had a chip on his shoulder, a well organized plan of attack, and he looked at his enemy the way adam sandler looked at quarterbacks in the waterboy

and then he popped them off one-by-one like a kid in a dandelion patch.

here are just three simple chunks from a delightful 45 minutes of holding ones own, and then some. if Mark McGuire had taken tips from this dude, he’d still have a shot at getting in the Hall.

“Now I know that standards have slipped in the last few years in Washington, but for a lawyer you are remarkably cavalier with any idea of justice. I am here today but last week you already found me guilty. You traduced my name around the world without ever having asked me a single question, without ever having contacted me, without ever written to me or telephoned me, without any attempt to contact me whatsoever. And you call that justice.

“Now I want to deal with the pages that relate to me in this dossier and I want to point out areas where there are – let’s be charitable and say errors. Then I want to put this in the context where I believe it ought to be. On the very first page of your document about me you assert that I have had ‘many meetings’ with Saddam Hussein. This is false. 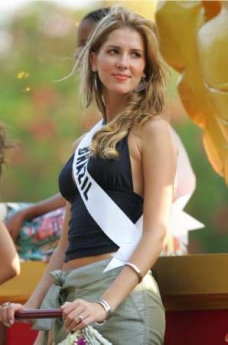 “As a matter of fact, I have met Saddam Hussein exactly the same number of times as Donald Rumsfeld met him. The difference is Donald Rumsfeld met him to sell him guns and to give him maps the better to target those guns. I met him to try and bring about an end to sanctions, suffering and war, and on the second of the two occasions, I met him to try and persuade him to let Dr Hans Blix and the United Nations weapons inspectors back into the country – a rather better use of two meetings with Saddam Hussein than your own Secretary of State for Defence made of his.

“You have my name on lists provided to you by the Duelfer inquiry, provided to him by the convicted bank robber, and fraudster and conman Ahmed Chalabi who many people to their credit in your country now realise played a decisive role in leading your country into the disaster in Iraq.

“There were 270 names on that list originally. That’s somehow been filleted down to the names you chose to deal with in this committee. Some of the names on that committee included the former secretary to his Holiness Pope John Paul II, the former head of the African National Congress Presidential office and many others who had one defining characteristic in common: they all stood against the policy of sanctions and war which you vociferously prosecuted and which has led us to this disaster.

“You quote Mr Dahar Yassein Ramadan. Well, you have something on me, I’ve never met Mr Dahar Yassein Ramadan. Your sub-committee apparently has. But I do know that he’s your prisoner, I believe he’s in Abu Ghraib prison. I believe he is facing war crimes charges, punishable by death. In these circumstances, knowing what the world knows about how you treat prisoners in Abu Ghraib prison, in Bagram Airbase, in Guantanamo Bay, including I may say, British citizens being held in those places. 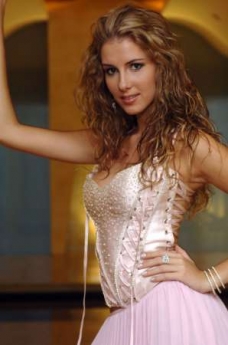 “I’m not sure how much credibility anyone would put on anything you manage to get from a prisoner in those circumstances. But you quote 13 words from Dahar Yassein Ramadan whom I have never met. If he said what he said, then he is wrong.

“In the same week as the Daily Telegraph published their documents against me, the Christian Science Monitor published theirs which turned out to be forgeries and the British newspaper, Mail on Sunday, purchased a third set of documents which also upon forensic examination turned out to be forgeries. So there’s nothing fanciful about this. Nothing at all fanciful about it.

“Now, Senator, I gave my heart and soul to oppose the policy that you promoted. I gave my political life’s blood to try to stop the mass killing of Iraqis by the sanctions on Iraq which killed one million Iraqis, most of them children, most of them died before they even knew that they were Iraqis, but they died for no other reason other than that they were Iraqis with the misfortune to born at that time. I gave my heart and soul to stop you committing the disaster that you did commit in invading Iraq. And I told the world that your case for the war was a pack of lies.