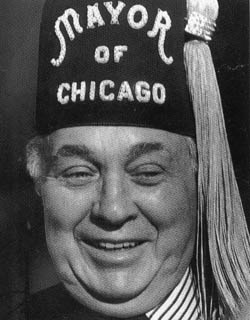 today would be his 103rd birthday.

he was a crazy mayor, but a great mirror to the city that i grew up in near.

here are some of his more famous quotes, and then a segment from a column that mike royko wrote when the famous Piccasso was unveiled in what is now called Daley Plaza made famous by the climatic finale of the film the blues brothers

I’m not the last of the old bosses. I’m the first of the new leaders.

Don’t worry if they’re Democrats or Republicans. Give them service and they’ll become Democrats.

Even the Lord had skeptical members of His party.

Look at our Lords disciples. One denied Him; one doubted Him; one betrayed Him. If our Lord couldn’t have perfection, how are you going to have it in city government?

No poll can equal the day-to-day visits of the men and women of the Democratic Party.

Return to the fundamentals of politics – sell our story door to door.

Television and radio do a wonderful job in focusing attention on the problems of our society.

The police are not here to create disorder, they’re here to preserve disorder.

The strength of the Democratic Party of Cook County is not something that just happened.

They have vilified me, they have crucified me; yes, they have even criticized me.

We all like to hear a man speak out on his convictions and principles. But at the same time, you must understand that when you’re running on a ticket, you’re running with a team.

We are proud to have with us the poet lariat of Chicago.

We as Democrats have no apologies to make to anyone.

We have to face it: in America today the way to have fun and celebrate is to break a store window and take something. That’s the way it is, today in America, and we have to accept it.

We shall reach greater and greater platitudes of achievment.

What is inherently wrong with the word ‘politician’ if the fellow has devoted his life to holding public office and trying to do something for his people?

Chicago Sun-Times
August 16, 1967
“Picasso and the Cultural Rebirth of Chicago”

Mayor Daley walked to the white piece of ribbon and put his hand on it. He was about to give it a pull when the photographers yelled for him to wait. He stood there for a minute and gave them that familiar blend of scowl and smile.

It was good that he waited. This was a moment to think about, to savor what was about to happen. In just a moment, with a snap of the mayor’s wrist, Chicago history would be changed. That’s no small occurrence·the cultural rebirth of a big city.

But downtown, the leaders of culture and influence were gathered for a historical event and it was reaching a climax with Mayor Daley standing there ready to pull a ribbon.

Thousands waited in and around the Civic Center plaza. They had listened to the speeches about the Picasso thing. They had heard how it was going to change Chicago’s image.

They had heard three clergymen·a priest, a rabbi, and a Protestant minister·offer eloquent prayers. That’s probably a record for a work by Picasso, a dedicated atheist.

And now the mayor was standing there, ready to pull the ribbon.

You could tell it was a big event by the seating. In the first row on the speakers platform was a lady poet. In the second row was Alderman Tom Keane. And in the third row was P. J. Cullerton, the assessor. When Keane and Cullerton sit behind a lady poet, things are changing.

The only alderman in the front row was Tom Rosenberg. And he was there only because it was a cultural event and he is chairman of the City Council’s Culture Committee, which is in charge of preventing aldermen from spitting, swearing, and snoring during meetings.

The whole thing had been somber and serious. The Chicago Symphony Orchestra had played classical music. It hadn’t played even one chorus of “For He’s a Jolly Good Fellow.” 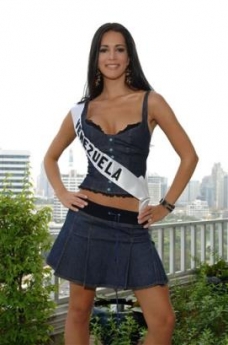 Chief Judge John Boyle had said the Picasso would become more famous than the Art Institute’s lions. Boyle has vision.

Someone from the National Council of Arts said it was paying tribute to Mayor Daley. This brought an interested gleam in the eyes of a few ward committeemen.

William Hartmann, the man who thought of the whole thing, told of Picasso’s respect for Mayor Daley. Whenever Hartmann went to see Picasso, the artist asked:

When Hartmann said this, Mayor Daley bounced up and down in his chair, he laughed so hard. So did a few Republicans in the cheap seats, but they didn’t laugh the same way.

After the ceremony, it came to that final moment the mayor standing there holding the white ribbon.

There was a gasp as the light blue covering fell away in several pieces. But it was caused by the basic American fascination for any mechanical feat that goes off as planned.

In an instant the Picasso stood there unveiled for all to see.

A few people applauded. But at best, it was a smattering of applause. Most of the throng was silent.

They had hoped, you see, that it would be what they had heard it would be.

A woman, maybe. A beautiful soaring woman. That is what many art experts and enthusiasts had promised. They had said that we should wait that we should not believe what we saw in the pictures.

If it was a woman, then art experts should put away their books and spend more time in girlie joints.

The silence grew. Then people turned and looked at each other. Some shrugged. Some smiled. Some just stood there, frowning or blank-faced.

Most just turned and walked away. The weakest pinch-hitter on the Cubs receives more cheers.