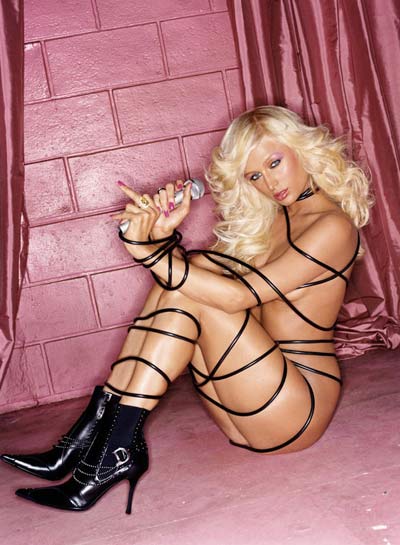 thank you everyone who has supported me through this shocking period of time in my life. one of the hidden treasures of having a blog – of any size – is the virtual community that forms.

over the years i hope i have given back to you at least as much as what ive received. it’s out of that give/take that i write to you on a sunny day when all i want to do is go outside and walk around and try to figure out whats next for me.

i have totally appreciated all the kind words that some of you have put on your blogs and websites, however i still have lots of good friends at E! and i learned a lot there, so i would appreciate it if we took it easy on the e-bashing.

something that i have learned in my 20 years in LA is, its a tiny tiny place. only fools burn bridges because no matter what part of town you’re in youre bound to run across someone from one of your past lives. not that anyone should need an excuse to be decent and professional, and not that im all that interested in going back to television for my next gig, but im just sayin.

there are tens of thousands, if not hundreds of thousands of people who work behind the scenes of tv production and even though we could all write volumes of interesting stories about the politics and dramas and quirks of this business that we call show, you really dont see much of it because there is a professionalism that runs through this industry that keeps it all together.

a show like anna nicole’s might give one the impression that all you need is a camera and a mic and a Suburban and you just let anna be anna, but there are so many people behind the scenes to make something like that a “reality”, you have no idea. not to say that its staged, just the opposite. simply the logistics required to make a show happen are staggerring and when you see those credits roll realize that there are thousands of people who never make it into the credits who helped that show happen too.

the same goes for the howard stern e! show, which i was lucky enough to hang out with on nearly a daily basis. stuart and al are listed as “producers” in the credits but if you knew the craziness that they have to deal with after the show gets delivered from NY to LA … it’s fascinating.

and i was so lucky to be able to hang out with people who put together my favorite show.

so when people say mean things about E! theyre saying them about people who i love and shows that i tivo.

some people at E! made fun of me that i actually cared about the programming and that i actually watched all of the shows. but thats me. i wont work for a company unless i believe in it.

when i started at e! they had aisha tyler doing talk soup, jules and kmetko on the news, brooke burke hosting wild on, and joan and melissa on the red carpet. totally dynamite lineup that ended with howard at night.

i loved all of those shows and being able to walk down the hallway and be greeted by a huge smile and a hello from one of the amazon goddesses like jules or aisha was a thrill. almost as exciting as the warm warm warm greetings that id get when id visit the studio from Tom Mac the kickass stage manager who would say toooooony! the same way that the Cheers gang would welcome Norm. the whole studio crew would join in to welcome me and if a black man could blush i blushed every time.

hopefully things will work out between me and my former company and i will be able to go back there as a visitor and take pictures of my former cohorts and tell nice sweet stories from my unusual perspective. several people at E! have worked there over 15 years and are some of the most down-to-earth mellow wonderful people you’ll ever meet anywhere.

i always wanted to do something in television, i interned at mtv when i was younger, but this experience at E! showed me what it’s really like and i’m better for it.

so again, thank you all for the love and support you showed me this week. next week we’ll go back to our regularily scheduled adventures of riding the bus, kissing girls way out of my league, and butchering the english language.

i hope you all have a great weekend.

no i wasnt fired for blogging. my last job was in HR, i was very aware of when one could take breaks and when one couldnt and i educated everyone around me as to what i was doing when on my break.

i was also not fired for blogging “too much”. the archives of the busblog are to your left. most days i have three posts. one was usually written on my first 15 minute break, one was usually written during lunch and one was usually written when i came home from work. so many people think that this is “a lot” of blogging. i dont think it is. the Instapundit posts upwards to 30 times a day. he and i may have our differences regarding several things, but i will always respect him for his dedication and his work ethic. in comparison to glenn, i am a slacker.

i was also not fired for taking a day off on monday. not that its anyone’s business, but that day was a planned and approved Personal Day meant for me to recover from coachella. i had originally expected to go both Sat and Sunday, but i only went Sat but since my day off had been approved and i had gone 5 months without burning a personal day, i figured i’d use it. one of the very nice things about E! was they gave you a healthy amount of vacation, sick, and personal days.

i was also not fired for writing about sex in my blog. basically bloggers have a few constitutional rights that they should think about. the first ammendment is mighty strong, and one’s personal life, as long as it’s legal is usually off-limits to employers unless the employee is in a specialized job like a pilot or a doctor or someone. i was very careful never to write about my work, and therefore writting about what i did off the clock was never of issue to them. and it helps that i have that disclaimer calling all of this fiction, which it is, right.

i did not have sexual relations with joan rivers.

but i will finally say publicly that i think it was a mistake to let her go. i think shes a genius and a pioneer. and a freaking icon on the red carpet. how many cable networks have icons working for them at ginormous events like the oscars? ive always thought that she was hilarious and to be able to hear her jokes off screen was a treat.

why didnt i write for eonline? i applied at eonline several times. im a huge fan of theirs and im still shocked that it isnt the number-one no-brainer initial destination for entertainment news and gossip on the web. i know that they get decent numbers but in the blogosphere i dont see them getting linked very often. i gave them several proposals as to what i thought would help them but they were not accepted. in the real world noone is falling over themselves to have me write for them. lets hope that changes one day.

will i put ads up on this blog while i find a new job?

sadly i think that would be wise. hopefully you’ll still respect me in the morning.

will ads change what is written in the busblog?

will i continue to write more “real” stories about my real life?

i dont know. probably not. my life is usually too weird to be believed, and marking everything as fiction protects the innocent and not-so-innocent.

has being rejected from grad school and fired i mean laid off crushed my spirit?

i am a chicago cub fan. i have dealt with rejection and misery and sadness my whole life. just the other day the cubs were up with two games left to play with wood and prior on the mound and they figured out a way to blow the lead and lose the playoffs to the team that ended up winning the world series.

this is nothing compared to that.

and that is nothing compared to real tragedies that happen to people and families around the world.

im am now going to walk around hollywood and take pictures for you.