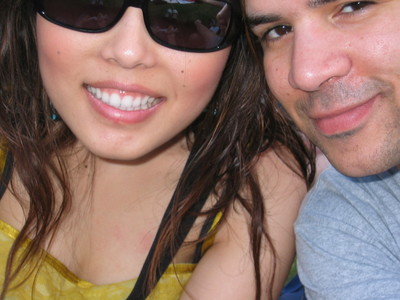 is that the women are all beautiful. i think its a rule.

theyre also intimidatingly smart. as in some of them actually studied in school while the rest of us were learning the physics of gravity bongs and the wonders of cough syrup.

she says i cant use her name and she says i cant tell the world what she does for a living but know that ive had the pleasure of spending a few afternoons with todays birthday girl and they were eye opening and delightful.

born in a land that rhymes with Sole, Faria, our former cohort moved to america when she was just a little girl, learning the language, like most do, through television.

her favorite show, one of the few that her parents would let she and her sisters watch, was i love lucy.

when i told her that i was probably part cuban like ricky ricardo she accepted my invitation to have a drink.

and since one drink usually leads to three, soon we were flicking oyster crackers at each other and dissing each others colleges.

eventually we became very good friends but because she is a staunch buddhist and because im a born again Christian, we knew that our respective theologies would get in the way of anything romantic so we kept it on the just friends level

i was sent into the desert on tripledouble undercover surviellance at coachella, and who better to have people ignore me than to have such a cutie on my arm as todays taurusgirl.

she likes flooding her friends with gifts, stopping to pet cute little poochies, making hand made birthday cards, beer croquette, and playing dance dance revolution until her neighbors beneath her call the cops.

today she turns twenty two and loves italian food so watch it.

happy birthday to the most amazing suprise hottie that id never thought id meet, and ive been practicing my ddr dance moves with my free time, so watch it.