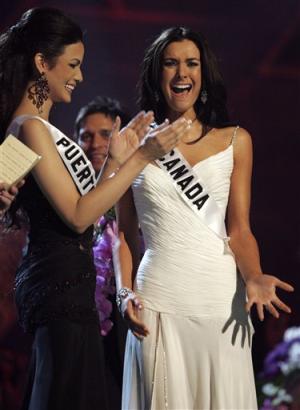 WASHINGTON (AP) – President Bush called a human rights report “absurd” for criticizing the United States’ detention of terrorist suspects at Guantanamo Bay, Cuba, and said Tuesday the allegations were made by “people who hate America.”

“It’s absurd. It’s an absurd allegation. The United States is a country that promotes freedom around the world,” Bush said of the Amnesty International report that compared Guantanamo to a Soviet-era gulag.

In a Rose Garden news conference, Bush defiantly stood by his domestic policy agenda while defending his actions abroad. With the death toll climbing daily in Iraq, he said that nation’s fledging government is “plenty capable” of defeating terrorists whose attacks on Iraqi civilians and U.S. soldiers have intensified.

Bush spoke after separate air crashes killed four American and four Italian troops in Iraq. The governor of Anbar province, taken hostage three weeks ago, was killed during clashes between U.S. forces and the insurgents who abducted him.

Bush said the job of the U.S. forces there is to help train Iraqis to defeat terrorists.

“I think the Iraqi people dealt the insurgents a serious blow when we had the elections,” Bush said. “In other words, what the insurgents fear is democracy because democracy is the opposition of their vision.”

On another foreign policy issue, Bush said he expressed concerns with Russian President Vladimir Putin about legal proceedings against former oil tycoon Mikhail Khodorkovsky. Once the richest man in Russia, Khodorkovsky was convicted Tuesday of fraud and tax evasion and sentenced to nine years in prison following a trail widely denounced as politically motivated.

Bush did not comment directly on the verdict, but said, “it looked like he had been judged guilty prior to having a fair trial.”

The president said he has questioned whether the case shows a backsliding away from the rule of law and democracy in Russia and said it will “be interesting to see” how Khodorkovsky’s expected appeal is handled by the government.

“Here, you’re innocent until proven guilty and it appeared to us, at least people in my administration, that it looked like he had been ajudged guilty prior to having a fair trial,” Bush said. “We’re watching the ongoing case.”