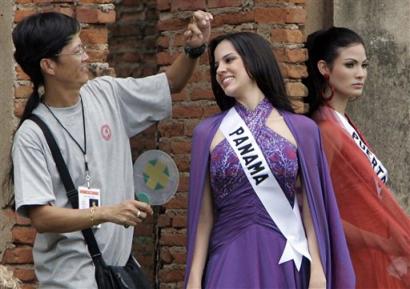 im lucky enough to totally get bob dylan. i say lucky cuz i know a lot of people who arent. which is funny because those people are very likely to totally get burns or blake or eliot even.

a pretty girl drove me to frys electronics in burbank. she was all something shadys going on in here and i was all i know shhh. we were shopping for computer monitors because mine is about to blow out.

as some of you know, i live in ken laynes old hollywood bachelor pad, yes the genius behind sploid. right off the living room there’s a walk in closet of sorts that ken used for his laptop to write some of the best things you ever saw in the online journalism review,

but the space that i currently house my monitor that ken used for his laptop is spacious, therefore this newfangled plasma screen jobs are useless for me

and the biggest oldschool CRT monitors that frys had in stock were 19″ jobbers for $200.

but i had just been on ebay and recalled Sony 24″ professional monitors for $300-$400, wouldnt it be worth a little more for something top of the line?

all my years selling electronics has taught me that if you can get from bottom of the line to top of the line in two hundred bucks for something that youre using every damn day then you should go for it.

and i left frys electronics emptyhanded

for the first time i think in my entire life.

thats like going to costco for the buck hotdog.

its two fifty five and im listening to boots of spanish leather on bob dylans birthday and im not the slightest bit sleepy.

and the only thing i have to do tomorrow i think i can pull off, two things really

first i have to send karisa my resume because any time you get a second chance to work with karisa you should probably take it.

even though im going to have to buy whole new clothes

and grow up a little

and the second thing is to see tsar play live in downey,