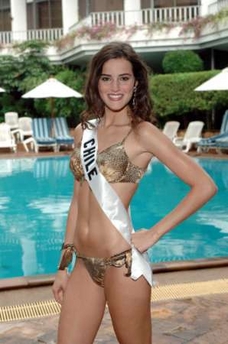 one of em says to the other, i swear i feel like im supposed to do something today but i cant remember what. the other goes you mean you dont make a to-do list each morning. a gong is struck and a man in a top hat strikes both of the fuckers with a white glove.

she was twenty two with eyes of blue. we were watching back to school on cable. it was nearly summer so she was rediscovering her bikini closet. took a magazine with me into the office and after a few pages i heard a tap on the door, she came in barefoot in a roxy bikini

i was all whats up baby

she was all i didnt know you had a gardener

she was like dont you hear that weed wacker

and i was all yeah

ive seen girls like her before. girls who wear bikinis as uniforms. as utilitarian. as whew im so glad i dont have to think about what to wear. its amazing but somehow the bikini loses its hotness but maybe its just me. nearly instantly bored with everything. a.d.d. on full blast.

no way am i getting a buspass when this month is over. you really have to ride that thing every other day to make it worth it and who does that if they dont have a job to get to. i wanna go to the beach but i have a previous appointment with a job interview.

what you resist persists i tried to tell her but she didnt understand what i was saying but maybe she just figured out a different angle to it. im going to go on the bus. im going to go to the beach. maybe i can figure out how to do this interview another day or on the phone or something. i used to interview people all the time and theyd postphone those things all the time. theyd apologize but we didnt care.

the cubs came back last night to beat the astros and took batting practice off their hotshit closer brad lidge.

you cant be serious and have a closer named brad.

fortunately if looks mattered and they were the prerequisite to anything theres no way id have a vegin parading around my house eating toasted sourdough trying to convince me that bo brice isnt so bad by pointing out that he doesnt dress gay. and you know i guess he doesnt dress gay.

and say what you want but britneys tv show gets better each week.