for the hotties. right, mr. rushdie?

mainly. but also because my hero the instapundit, doesnt seem interested in it any more.

over the last few days two incredibly juicy stories about the never-boring Bush administration popped up and very few of my favorite warbloggers including the mightiest one chose to even acknowledge them.

the first happened on friday when President Bush’s Uncle, Jonathan Bush, (his daddy’s brother) found himself in a Saudi money-laundering scheme.

Uncle Jonathan works for Riggs Investment Management, a “major” arm of Riggs Bank, who was fined Thursday for a record $25 million for violating anti-money laundering laws when it failed to report millions of dollars of cash withdrawls from Saudi accounts.

Jonathan Bush not only works for Riggs, he is President and CEO of Riggs Investment Management.

“Riggs failed to properly monitor, and report as suspicious, transactions involving tens of millions of dollars in cash withdrawals, international drafts that were returned to the bank, and numerous sequentially numbered cashiers’ checks,” the Treasury Department said last week.

Riggs Bank, the Associated Press describes as having a “near exclusive franchise” on the banking needs of Washington DC embassies, serving 95% of them including the Saudi one.

so where’s my favorite university law professor on this one?

bro gets 150,000 hits a day, more eyeballs than most local newspapers, doesn’t he think that any of them would be fascinated to learn that the president’s uncle, the brother of the first george bush, is the CEO of a company that is very closely tied to monies that may have funded some of the terrorist acts committed on 9/11?

the last time Riggs was mentioned by the instapundit was about six weeks ago when Newsweek reported that the feds had identified about $27 mill in suspicious transactions from the Saudi Embassy through the president’s uncle’s bank. Transactions that included “hundreds of thousands of dollars” to muslim charities being investigated for funding terrorist activity.

last week they did just that, and what does Prof. Reynolds choose to talk about today instead of this interesting lil tidbit of the $25 mil fine? oh, gay marriage, a link to a restaurant in manhattan that serves caviar omlettes, the debate over watching films in law school classes, and a few paragraphs on an article about an ROTC cadet in “Campus Life” which the most powerful blogger on the web sez is “pretty interesting”. 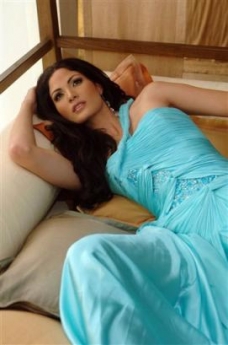 pardon me while i continue not to give a fuck about the opinions of a random rotc cadet via campus fucking life.

the feds said that Riggs didnt even pretend to monitor the activities of its richest client until they were forced to last year and then began letting the government know that the Saudis were wiring $461,341.72 in Jan of 2003 to the Muslim World League who has officials abroad who have been linked to al Qaeda, on top of the 25-30 other suspicious 2003 transactions that totaled over $25 mil.

i admit that im a hack.

i tell everyone straight out, dont believe me, im full of shit.

and i try to prove it by making up lies that super hot chicks come to my apartment night after night and watch tv with me, and party, and get naked, and make sweet lust to me as today’s sounds play through my computer.

but the instapundit is supposed to be the real deal.

which is why when i hear about such bizarre fucking dealings going on between a new Bush and the Saudis the first place i go to is prof. reynold’s incredibly popular site.

and people say to me, dude, he didnt cover rummy’s testimony earlier this month, he knocks kerry for anything he can, hes a shill, hes on the take, hes another foxnews guy in the making.

and im all, shut up, we had beers and talked about tractor punk a few years ago.

and they go dude.

and then they just go.

the other story was just some little thing from pulitzer winning investigative reporter seymour hersh who says that the cia tells him that rummy expanded a highly secretive operation originally intended to find Al Qaeda, to include the aggressive and sexual interrogation of prisoners in Iraq.

Hersh says, “The instructions were let’s get tougher, let’s use much more coercion, let’s use sexual intimidation because it’s� in the Arab world that’s the easy way to make somebody talk and maybe you can even get somebody so frightened he’ll go back into the community and become an asset.”

the article which will be published in the May 24th issue of the New Yorker is already getting reviews from the pentagon:

“This is the most hysterical piece of journalist malpractice I have ever observed,” said Rumsfeld spokesman Lawrence DiRita.

and yet not interesting enough for my boy glenn.

maybe if campus life covers it, the good professor might give it some pixels.