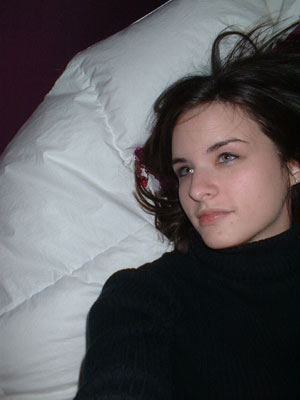 from time to time you will see someone guest blog for someone on their blog.

ive tried that here and people pretty much hate it. but maybe i will try it again.

ive seen it at other blogs and ive liked it. for example greg beato has been contributing at wonkette for a while now and every time i see his name it seems like a guest blog to me which i think is nice.

the problem that i have when people guest blog is they talk about guest blogging in the guest blog. not necessary. get to the point.

i also dont like it when people think that they have to either sound like their host or write something that would fit in or anything. when john and yoko co-hosted the mike douglass show they didnt stop being john and yoko. guest bloggers should blog just like they normally do and then some.

im a terrible guest blogger because i want everything on the busblog. if i write something i dont want to share it. xTx however is someone who ive known via the virtuaworld even before the land of the blogs and so when she asked me if i would guestblog on her page i said of course of course! still i backed my deadline up day by day for a week. i couldnt be more lame. so as punishment i gave her the best thing that ive done all summer, an interview with The Captain of Venice Beach.

what was amazing about this guy was how skinny he is and how nice he is.

correct me if im wrong but i believe that anyone can set up a little towel there and sell whatever it is that they want and so you get all sorts of weird things. in the midst of all that is this very nice normal person who got sent off to fight a bs war. there are major bloggers out there who talk about the war and talk about life but for some reason dont want to talk about what happens after a war. what happens after there is admitted torture in places like gitmo.

who would i like to guest blog at the busblog? 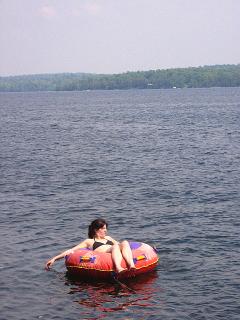 jacklyn called me last night from her miata to cancel and since i was already in my pajamas bottoms and slippers it was fine with me. in the old days i would have been upset since i would have had cleaned up the pad or phoned the maid or tossed everything into a closet but my chick-esp was pretty accurate recently and the post-phonement was somewhat predictable.

plus part of being a hot chick is to double- and triple-book and canceling becomes part of daily conversations.

she was no amateur apologist either.

lately ive been using the fuck out of my george foreman grille. ive been getting chicken breasts at the corner meat market– one of the benefits to living in a city– and slicing the slimy meat into strips. pour a little chinese chicken sauce and basil and pepper on it while microwaving green beans and whole potatoes, and within ten minutes theres dinner, slackerboy.

the george foreman grill turns that meat into food in three minutes.

because my carpel tunnel is slowly going away, but still there, i decided to fire up the television and eat on the couch like a normal human being instead of placing the plate on a chair and eating from it while i typed on my computer in the closet. on the news, which i never watch, were politicians and citizens in droves protesting the SF court that splooged on itself yesterday with its unfortunate ruling.

not since 9/11 have i seen such bipartisan agreement on an issue and it made me happy.

one senator said that a judge who would believe that “under God” could convince a kid to Believe in God shouldnt be allowed to be a judge.

everyone was up in arms and suddenly quite religious. sure they were all dirty liars who would drive back to their virgina estates or dc condos and do any variety of very very dirty behavior, but our symbols are important to us, and their cush jobs are important to them, and all the Dans of the country are good for us, even though on this topic they are so very wrong.

but it’s all good, im wrong once in a while too.

drank a little more rum than the norm, talked to ashley and chris and jeanine and os and ali and so many other people on the phone and have i told you that i really dont like the phone? it’s true. what ever happened to all those beautiful promises of Virtual Reality? remember the huge sunglasses and wrist pad controller? that was so ’90s, isnt it like way past the year 2000 now?

wheres my virtual reality phone where i flip on my glasses and i can see these nice people and talk to them that way?

its 2003 and karisa calls me from her cell phone to mine and theres this 2 second delay even though we are only 3 miles away from each other.

wtf is up with that?

i know what it is, these companies are holding back on us.