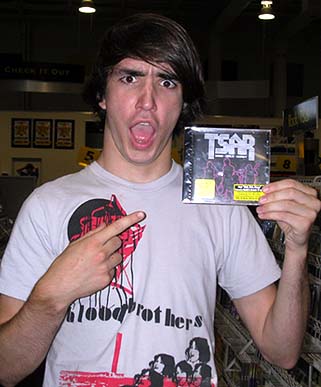 although it is definately the best album to come out so far this year, but im not sure its the best ever in the history of music, in fact im sure its not.

the wall was a little better, for example. physical graffiti, back in black, the number of the beast, london calling, darkness on the edge of town, paul’s boutique, blonder and blonder, blonde on blonde, king of america, lets see if we can do this for twelve minutes, sandinsta, three squares and a roof, vu, axis bold as love, the blue album, pinkerton, white blood cells, kiss me kiss me kiss me, double nickles on a dime, tim, let it be, hootenanny, gold & platinum, dirty deeds, straight outta compton, doolittle, nothings shocking, rock animals, turn 21, animal boy, toys in the attic, lifes rich pageant, rain dogs, frank’s wild years, …and out come the wolves, never mind the bullocks, staring at the sea, screaming for vengance, 2112, paranoid, appetite for destruction, moving pictures, powerage, women and children first, nebraska, glass houses, trouble in paradise, this year’s model, bleach, nevermind, incesticide, master of puppets, smell the glove, electric warrior, sail away, good old boys, thirteen, goo, this toilet earth, 100 miles and runnin, death certificate, the chronic, blow your face out, 1984, live thru this, stoned and dethroned, jar of flies, so tonight i might see, fear beyond driven, very necessary, animals, american beauty, hotel california, thriller, doggystyle, black sunday, thug life, the predator, guerillas in tha mist, 3 feet high and risin, beautiful mess, ritual de habitual, unforgetable fire, for ladies only, overkill, ragged glory, syncronicity, people are people, flesh of my flesh blood of my blood, blood guts and pussy, big science, the mind is a terrible thing to taste, siamese dream, (), fought down, dark side of the moon, transformer, whoops times up

i had another interview yesterday, something i totally forgot about so it doesnt look like im going to vegas any time soon, not that i could have afforded it but i was half thinking about putting a hundred on black as soon as i got there and either eaten at the buffet and turn back immediately or spend the night with the winnings. dont think i wouldnt do it. 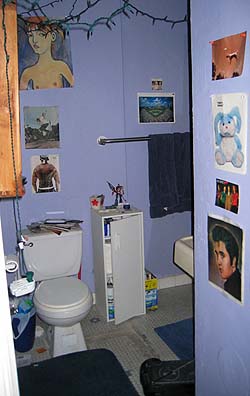 dont think i wouldnt do it now.

k lets do ten minutes with tony and call it a night.

its 208am and bro was writing about blog celebrity and i will tell you that it isnt at all the goal of the busblog but i must say that it doesnt suck.

loyal readers of the busblog have sent a wide variety of things to the busblog mailing address at 4845 fountain #15, hollywood, ca, 90029 and right now im listening to a cd that someone who wishes to remain anonymous made for me which is like 100 musical moments in the howard stern show. like bands playing acoustic, like howard and the gang singing karaoke, like some of the parody songs, i love it.

i also love that i could ask the blogosphere for a little help.

people of earth, what is the best device for recording a phone conversation into the computer?

now see the problem is, i have a plan b. i could always go to Ask Metafilter, but lets see the power of this miniuniverse. in fact lets compete. ok this will be fun. busbloggers, thats my question, im going to ask the same question with the same words on Ask Metafilter and we will see who returns the best answer(s). no fair cheating and seeing what theyve said. ok its 213, five minutes left

fell asleep watching tv at ten pm today and woke up at midnight and now my body doesnt want to go to sleep so im thinking about driving the streets of la and taking pictures. if i was smart i would have done it a half hour ago and snapped pics of all the party people leaving the bars because theres nothing better than pictures of well dressed drunkies smoking and drinking on a wednesday night.

the cubs if you havent noticed are back. kerry wood and mark prior are back and derek lee is the best hitter in baseball and lets spend the last two minutes talking about derek lee.

bro isnt quite batting .400 but i have watched about 25 of the last 30 cubs games all the way through and watching lee right now is like watching somebody get a hit every time up. its freaky. and hes getting great cuts. so is ramirez so is burnitz. you watch these guys and they load up before that ball gets there and they explode on that shit. all we need is a little help from corey patterson and i think the cardinals can be caught. dempster has proven that he can hang in there as a closer and with all the great arms the cubs have and now these great bats im thinking the cubs might not lose again all summer.

chad congrats on your win, email me your address and your box will be in the mail eventually