with george stephanopoulos this morning and if ever there was proof that the myth of a liberal media is false, this morning was it.

stephanopoulos of course the lil greek wonderboy who helped president clinton get elected into the white house back in 92 had the opportunity to ask the very capable secretary of state some of the hard questions about the Downing Street Memos which should be very troubling to american voters, especially those who watch and tivo sunday morning political talk shows, whod like to think that their government isnt deciding to blow shit up without at least asking if they could first.

instead he showed a clip of an american mother who lost her son testifying that the memos tell us everything that we already knew, that BushCo entered into an illegal invasion based on a pack of lies and “cherry-picked intelligence”.

now most PR spinners would first acknowledge the deep loss that the mother is obviously experiencing, discount the memo roundly, and then conclude with a one sentence flip about how there are thousands of kurdish and kuwaiti mothers who are probably quite happy that saddam is gone and grateful to brave american soldiers who continue to fight for freedoms of strangers around the globe.

instead, in a bizarre series of consecutive comments, Condi says that we went there because of saddams Weapons of Mass Destruction!

Rice: I can only say what the President has said many many times. The United States of America, and its coalition decided that it was finally time to deal with the threat of Saddam Hussein.

There had been multiple resolutions against Saddam Hussein and his activities, everything from

– his concerns of weapons of mass destruction programs

– his continued unwillingness to answer the legitimate questions of the international system about those programs.

– his having used weapons of mass destruction in the past

Saddam Hussein is gone and that is a good thing

the wonderboy never followed up with the obvious, “so the ends justify the means, even if its illegal and possibly worthy of an impeachment?”

did the lil fella say, “hey you didnt even address the downing street memo or the mother who thinks her son died in vain over lies?” 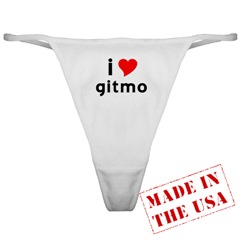 did george stephanopoulos say, “what was unique about saddam and the fantasy that he had wmd compared to the real cadre of wmd from other tyrants like those in china and north korea? why do you think bush and blair had a hard-on for hussein and no one else? was it because they felt that was a war that they could win, one that would distract people from the fact that they couldnt find osama, or do you think it was bush vengance reaching back from the time that saddam put a bounty on #41?”

did stephablahblous ask the secretary if our fear was wmds and if we were doing everyone a favor by ridding the world of saddam, now that hes been gone for over a year now, and now that the wmd havent been there for over a decade, why are we still spending millions and american lives to stay there? did he ask wtf is our excuse now?

sadly friends, those are only the questions that get asked on the busblog.

sad, not because theyd be controversial and titillating, but because condi rice is one of the few people in the cabinet who could actually handle questions like those and if i were in the white house i would want her to answer those questions, particularly because george is such a softball interviewer and so incredibly terrified of being associated with the Clintons and therefore overcompensates by taking it easy on Rice but sticking it to Michael Moore.

with all that said, and as disappointed i am in george, as well as in condi for giving such bogus answers, i highly recommend The War Room, the behind the scenes doc of the Clinton campaign of 92, the last time stephanopoulos was relevant. watch as he is easily overshadowed by the far more likeable and at times dazzling james carvel.

oh and the gitmo merch? from the wacky compassionate conservatives over at time magazine’s blog of the year, powerblog, who will look you square in the eye and tell you that theyre moral, upstanding, pro-life, pro-democracy, rule-of-law, Christians who are just kidding around. cuz y’know torture, illegal prison camps, and profiting from 9/11 is so funny.

and dont be fooled, the only thing more clueless are the sober bloggers and blog readers who will no doubt support such bad taste whose roots are hateful, ignorant, and unamerican through and through.