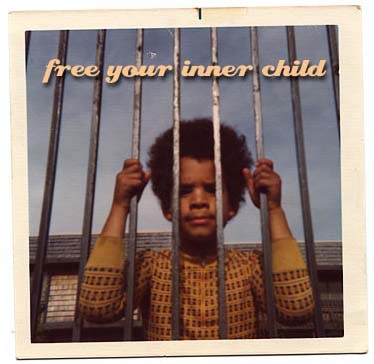 probably not even black in the first place woman who wrote this to me in my comments last week but i forgot about it because it was so dumb i thought it was a goof,

“you are so full of yourself that you are empty. and your warning to write more, to strike back, make fun of people… i guess that would matter to anyone that has even a second thought of respect for you. Anyone that knows you and has met you in person – for even the shortest amount of time, would realize how phony, and empty you really are. As far as Jethro ?judging you? bro, you put your shit out there, so you invite people to judge you, don?t get pissed when they see you for what you really are? reading your blog is like reading the musing of a 15 year old self absorbed boy that fantasizes about being cool, and popular. but he can’t. so instead he rebels and fights against “the man” and commerce and convinces himself he isn’t common or plain, or ordinary. but you are plain and common and ordinary, just trying to be special. you hide behind your anger!!!! argh!!! the man is after me. you hide behind your words, you use 20 words when 4 will do. you hide behind being black, believe you me, negros don’t need you to join our ranks, you give black men an even worse name than they already have. so keep passing… cause we don’t want your ignorant ass. if being bad is so good to you, how about you just keep my friends name out of your mouth. tell your fake stories and leave the real shit on the cutting room floor. everything about you – is fake, so that should be easy for you.”

first of all happy juneteenth. the least celebrated american anniversary as it, june nineteenth, was the last day of the civil war and the first day that african americans were set free to live in theory as equals with whites in america.

so with that said anonymous commenter, you can blow me. i didnt need your faux invitation to the black “ranks” therefore your expulsion means nothing. and fuck you while we’re at it.

african americans have lived and mingled on this continent for over 400 years and at each turn we were told that we dont belong. from generation to generation we were called names, and disparaged, and insulted and ridiculed. thus the anonymous whines from the comments of a blog quite possibly might be the weakest barb a proud black man has ever encountered, so for that you should be congratulated, and as a society we should be grateful since it appears progress is being made. feast at your celebration of mediocrity.

in the old days ignorants with a beef would burn a cross while hiding in anonymity. nowadays they snipe from the safety of an unsigned message. both do nothing to the souls of black folk who have ascended from african kings and today rule as silent leaders throughout every continent and in every realm.

the zen masters of buddhism consider emptiness the precipice of enlightenment so calling me “so full” that im empty is a compliment. arigato grasshopper. in your words ive achieved yin and yang, heaven and earth, darkness and light, white and black. and you might just be right. 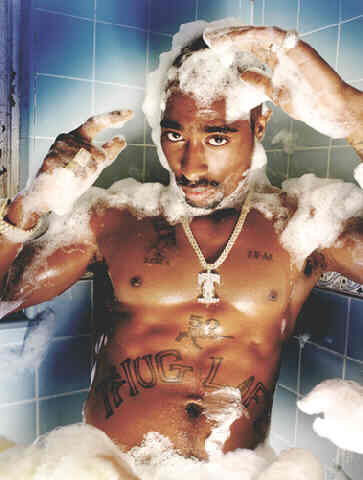 you attempt to insult me by inviting me to “keep passing”, but if you were an honest person youd admit that most white folk wouldnt know me as a black man unless i told them the truth, which is i am all black and probably “more black” than most. so therefore if my intention was to “keep passing” why would i tell anyone, ever, the truth about my heritage and ancestry, especially if as you say i was so fake and phony?

maybe youre confused by the way i talk. well, humans are mimics. we learn to talk by what we hear. my sister and i grew up as the only black kids in an allwhite suburb of chicago. then i went to college in santa monica and santa barbara. therefore the accents that you hear when i speak oftentimes sound midwestern mixed with westside la and isla vista.

if i were doing anything else other than keeping it really real i would sound and dress and act different. but i was raised by an educated black woman who knew better. she taught her children to be proud of who they were and where they came from. and since im straight off the culdesac i’d be the phony you accuse me of being if i didnt act the way i do, which is probably not the slightest bit like most black men you know, who i can only assume are the ones who have given black men the bad name that you allege.

me, i dont know too many black men who give bad names to our race. i know jason toney who’s in charge of laist.com and negroplease, i know oliver willis from media matters, and i know mike randle the guitarist of Love and nearly the only other black man at ucsb other than the basketball team the class president mc peace and myself. none of those black men could be easily described or put into a box or labeled or so easily stereotyped, not even by those like you who are quick to judge from years of practice. but do keep trying, its cute.

if i were to dress like i wanted to be on the dance line of soul train, trust me, i know my way to the fox hills mall. likewise, if my dream was to pass for a whiteman, then as youve clearly said, my dream is alive, all i have to do is keep the fakeout on high and shut my mouth.

unfortunately for you i am neither ashamed of my lineage nor of my upbringing or lifelong friends or childhood or skin color or hair color or ability to crossover dribble or penchant for soul food or ability to rhyme at anytime or inherently flawless sense of rhythm. ojs not guilty, michaels innocent, and nwa were better than the beatles in my opinion because of my dna, and youre right i put myself out there just like the sun shines in every crevice, and those who lash at it in anger are fools, so quit acting a fool. juneteenth is the day when in america we as black folk were given the right, through a bloody war, to be free of the shackles that others would prefer to have bind us.

if you want to remain locked up and tangled with your ignorance towards me, a black man who youve spent probably less than twenty full minutes in dialogue with your entire life, and if you wish to judge me based on that one meeting then realize that youre no different than those who discriminate against others due to similar ignorance and foolish hate.

me, i will accept my lot in life, which is a tougher one than youd think, one where i have to constantly be misunderstood for being someone who i am not.

while i was on the sxsw blogging while black panel i was asked an excellent question that i was grateful to answer.

someone asked the panel if we were blacks first, bloggers first or if we tried to distance ourselves from race since here in the blogosphere that was an option.

clearly i spoke into the mic:

i am a black man who blogs.

which makes me a nigga4life

something im so comfortable with that i dont have to pretend to be anything else. particularly something predictable and easily described so as to better fit into your narrow mind.

now do everyone a favor and go fuck yourself.