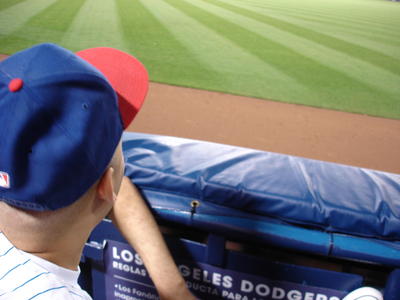 who will somehow end up naked.

if you chase a girl long enough you will see her naked eventually and sometimes you’ll say wow,

but sometimes you say little girl what on earth are you doing in these deep dark woods.

rarely do i feel deserving of my fate. good or bad.

and less than those times do i feel like the primped-out princesses are making the right decision, which is funny because when im going through a draught i look at myself in the mirror and say why not me.

she thinks shes privy to everything in my house. she flips open notebooks and reads aloud and laughs at the wrong parts, she does things like ask me why i have two answering machines and then plays all the messages on both of them.

all these people want you and you refuse to call them back! why? some want to give you work!

i tell her that its hard to pay attention to things like telephone calls when shes standing there in stilletos and booty shorts drinking merlot out of a dixie cup because she doesnt trust any of the dishes that were washed out of my sink.

i know what shes doing. part of her is seriously curious, the other part of her is trying to see how much it will take for me to tell her to shutthefuckup but im obsinate and hate to fall for traps so i answer all the questions 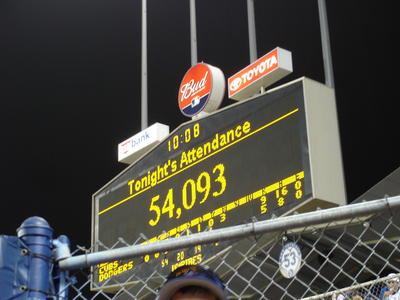 cuz im dumb, cuz im broke, cuz this is an oldschool building, cuz none of you girls complain about it enough, theres only three things i do in that room snooze rise and create legends, i only listen to that when youre around, cuz bald is beautiful, cuz i havent gotten the final proof back yet, cuz the times not right, cuz im not a stoner.

something i noticed during my three games in a row at dodger stadium:

the first day was memorial day. a 5pm start. hall of fame shoe-in greg maddux on the mound. the espn monday night national game. baseball card day where all kids get a pack of baseball cards. was it a sell-out? not even close. 44,255.

tuesday was a 7:15p start. carlos zambrano on the mound, one of the most exciting pitchers to watch live as hes full of latin pride and flava. was it a sell-out? ha. 37,221.

wednesday was another 7:15p start. cub rookie pitcher John Koronka made his major league debut against the dodgers’ derek lowe. 54,093 fans showed up. a sell out. huh?

the secret it turned out was it was cesar izturis bobblehead night. the switchhitting venezuelian shortstop is having his breakout year batting .339 which along with his golden-glove-worthy fielding skills should make his bobblehead a pretty good gamble, but a sellout? i… guess…

a few more items about dodger stadium. they lied about the new atms. there arent any new atms on the field box level. as you know we sat right next to the bullpen in the right field boxes. we asked our usher where the nearest atm was since, you know, we wanted to give our money to the dodgers. she said, that would be aisle one.

aisle one is behind home plate. so we asked her if we could use a credit card at the food stands there. she said some allow credit cards. but as me and mc brown found out, some of the booths had issues with their credit card terminals. bad show dodgers.

some kids brought a nice long banner that said Go Dodgers. they unfurled it and people cheered but the cops ran toward them and made them rip it up.

no signs at a ball game?

whats next, a dress code?

another thing. if youre going to have animated games on the jumbo screen like the one where there are three caps and one ball and they put 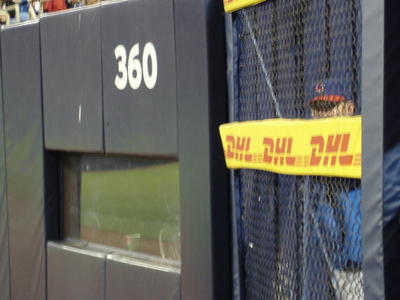 i remember when i was working for the Giants they had that game and sometimes theyd speed that damn thing up so fast that people would laugh cuz it was impossible. but you know what, they loved it, and all the people who shouted out the right number felt like they had superpowers. and maybe they did.

a new thing they had there was Pick A Song

on wednesday night the choices the crowd got was

ozzy won in a landslide in a vote of applause

and finally id like to say that i was forced to endure probably a dozen bouts of the Wave over three days. it made me feel dirty and it is painfully obvious that in the second largest city in america the difference between a sell out are about 15k bobbleheaders dying to do the wave

who will leave the game in a tie game in the nineth on memorial day at 8pm, as if theyve got somewhere to be.

and unlike the hotties who ive ended up with over the last month, the dodger fans that i witnessed over the last few days pretty much deserved the team that were swept by the cubs.

if welch ever gets back into frank mccourts box seat and he wants to pick my brain, ive got some ideas for him. the first being that the dodgers need a blog which would be updated of course by welch and i who will cover this team the way a major league baseball club with the history of the los angeles dodgers should.

and since matt has a lovely wife who would miss him dearly, i would take on the grueling task of traveling with the club when they go on the road.