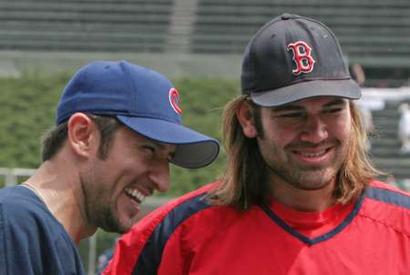 in your honor
capital records

as long as this record is on im going to blog. im going to eat chocolate, start smoking, drink diet dr pepper, watch britney and kevin on tivo and listen to david grohl totally shred all over this apartment whose window is open and whose christmas lights are burning out whose floors and shelves and crevices and sofa cushions and carpets and corners and dishes and everything are dirty.

and dirtiest of them all is the king of this castle who is appearing in a very bizarre guest starring role in an odd episode of his so called life where in this episode people will say yes yes yes and others will say no no no and those who will say yes will be ones who dont usually say yes about anything and those who will say no youd never expect that theyd ever say no in a zillion years. are you telling me that you are going to have something to do with blogging and you want to take it to a bigger higher level and you dont think the busblog can get you there?

say what you will about the quality of this shit over the last year but the hits have doubled and i dont think i took a day off for even a day this year. you dont want that sort of horse on your stage coach? shit. that would be like if rock said to grohl that they didnt care that kurt was dead that they didnt need dave around neither. you know how much money rock has made off dave grohl solo records? tons. more than ringo solo records i’ll tell you that right now.

best of you is on now. what a great song. me and chris and carlisa, not karisa, carlisa from pink cookies went to see the foo fighters many moons ago with the D opening and it was awesome. of course we had great seats cuz im a black man and we always have the best tickets. ha. but grohl was amazing and this song just shows that hes still got it. i cant say i was crazy about the last record but this one puts him right back in there in that middle of the road for kroq pop sweet spot and its not easy to – listen to me – its not easy to be in that chewy chocolately center without causing cavities or rotting out of stalenation or looking gay which has always been coldplays problem because only someone would coldplay would marry someone named gwenyth and name their baby apple and the first person who doesnt call that gay is a fucking liar and theres nothing worse than that particularily in the blogosphere.

see you in hell is track four on in your honor and the phone might be ringing but i cant hear it and the answering machine is full as it always is but i dont care why would i care. kevin has his shiteating grin and this week they showed her saying that she found her soulmate and i looked at dumbass her and i looked at dumbass him and i was all welp guess you did honey. i have no problems with britney. shes no different than any other young chick out there looking for her romeo and ending up with a federline and saying eh why the hell not. hell is only 1:57. thats punk rock dave. -ish. 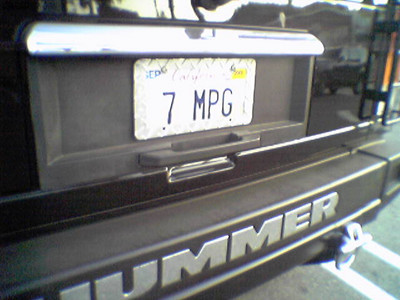 DOA is next. and its good. what is this five tunes and three and a half are good. im inpressed. dont you remember when In Utero came out and kurdt was saying that dave co-wrote that one screaming song. like the superdooper screaming and yelling crazy song that you just sorta skip past when you listen to that record? dont you remember when kurdt in interviews was all yeah its nice not to have to write all the songs all the time and you were all whhhaaaa? you think kurdt knew that dave really could right songs like this? and all the songs he’s written over the last ten years. i mean ballads, rockers, the shit he did with probot. the shit he did with the queens. tremendous. im totally impressed. but maybe the thing i liked the most was when he did London Calling with elvis costello springsteen and miami steve. awesome.

the last song is on now. theres a layer of lacquer on these tunes. a foo fighter filter. its thick this layer. like how it sounds when twins sing. its too right on the mark. its over done. i dont like that layer. theres no rough edges. theres no edges. remember in hitchikers guide to the galaxy when the company that designed Earth, the designer guy Slartibartfast was given an award for the fjords of Norway? well, the foo fighters dont need much but they could use some fucking fjords. grohls heroes and his old band knew about rough edges and power and fjords.

how many times are you going to rewrite monkeywrench?

my problem with the new juliette lewis record is you get no concept from listening to her on cd that she is amazing live. and i guess the frat boys who buy foo fighters records dont care what the records sound like and they’ll be pleasantly suprised by grohl live but ahem if i was a record producer id get fired so often because i would constantly be demanding rock in my fucking earphones. The Deepest Blues Are Black gets to the precipice of rock and it wimps right out, like a teen trying to hump his girl, rock until it gets too nuts and then slows up in order to save it. no saving grunger. immigrant song didnt hold back. id also have a rack of dresses that id put on over my clothes if the band in the room played bridges like this one. id also have a little Ring Bell For Help bell that id tap every time the band played something weak like this and id say you guys just made crap but it doesnt matter cuz i just got paid. ding.

are britney and kev on ecstacy? i know theyre in love but are they on drugs too? she always seems super tired and groggy and his pupils always look really huge and they keep talking all this deep shit in the middle of the night. you dont talk like that if youre drinking. maybe if youre stoned. hmmmm. maybe theyre stoned. except when the dogs sniffed their bags they didnt smell anything. and brit was rubbing his ankle like it was the best feeling ankle in the world, very much, as i understand it, “ravers” do at their dances. sometimes these jokes are just for me but i appreciate you hanging in there.

i clicked through Resolve before it was over and i keep thinking to myself if youre going to have a rock side and an acoustical side shouldnt your rock side be like RAWWWWWK!? id have a bullhorn. id wear a tshirt that said albinis a pussy and id bring tomatoes into the studio and hurl them and say why are you wasting my time why are you boring me why are you doing this to the kids why are you wasting your talent in a million years drummers like bonham and copeland and peart show up and funny looking you were the best grunge drummer and if all youre going to do is put out this pop shit and forget your roots then what does that really teach the kids? this is a cake that wasnt quite done probably because nobody in showbiz has the guts to tell the big stars when theyre bad. and i wouldnt say that this is bad, its just half assed. and half of it is really good but half of it isnt. and dave grohl doesnt need the money he doesnt have to have a double album so he should only make really good records when he has a chance to make really good albums. and if he trimmed the fat or worked on some of these tunes long enough and took it easy with the polishbuffer machine the kids would have something good to underage drink to. shit even the feedback holds a perfect tone.

i’ll review the acoustic side later. my teeth need brushing.