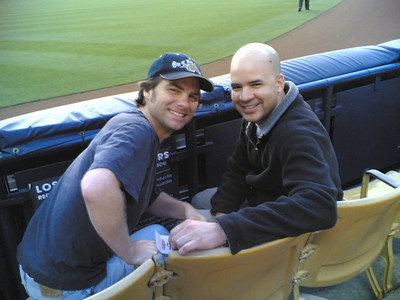 you flilthy lil runaway, where ya been? could you have waited any longer to let may continue to have its way with me?

i was fired, i was beaten, i was lied to, then for a finale i was anally probed.

mark prior almost lost his entire arm, i was denied entrance into the graduate school of choice, and i had to sell out the busblog and pimp ads.

all of this happened in 31 days? fuck.

i did amazingly well with the ladies in may though, so i appreciate your ability to keep me away from bridges and tall buildings.

but how is it that the cubs dont have sammy in left field.

and seriously how can jay leno be so flat-out unfunny and still beat dave night after night? the red states even run the neilsons? say it aint so.

why is it that the same biker chicks come over to my front porch nearly every day at midnight and ask if they can borrow a cup of sugar which is their little inside joke for wanna smoke a bowl neighbor and how is it that i refuse each night and they dont get the hint. are their leather bikini tops tied too tightly? do you think deep down they really do want some sugar?

im going to the cubs game again tonight. tonight is wednesday. thursday i have a job interview across town. i have no idea what to wear. the woman very politely said no need to dress up, we’re a casual company so you dont need to dress up for the interview. but what does that mean for a man who could very easilly dismiss the instructions and wear a suit anyway but who wont. even though sometimes its easier just to wear a shirt and tie and say fuckit.

when i was at webtv the receptionist had a basket for all visitors who wore ties. they were invited, firmly, to remove their ties and place em into the wicker basket. if they wished to do so, they could retrieve them after their meeting. most did. ties arent cheap. especially back then when a tank of gas cost a buck and a quarter and we were all like wtf.

i bought a tie the day after i was let go. its blue with white polka dots. i had an imaginary conversation with it when i brought it home. it went along the lines of 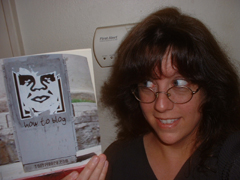 what are you doing in my house?

what are you doing home?

i asked you first.

i dont have to say shit without my lawyer.

im gonna throw you in the fireplace.

im going to strangle you when youre asleep.

i wish you could, tie.

i wish i could too tony.

and as you know ive been known to date a virgin or two and one thing the virgins all have in common is they listen to their mommas.

and my momma would have my ass if i didnt go to this interview on thursday. even if i know they probably dont have what i need most. which is a company car, and the freedom to work at least one day a week from home. ridiculous request indeed. but my whole life has been one ridiculous front row seat of coolness after another.

except for most of may 2005 which sucked and im glad its gone.

and now over to david lynch with the weather