then you dont deserve it. fuckin i set fire to my dumpster at ucsb if we won a coin flip.

once me and solomon were covering the near riot in iv after we beat the #2 rebels of unlv and people started a couch on fire and people started throwing shit onto the couch to get the fire taller and some blond shirtless surfer dude started dancing around it and then someone gave him a beer and he shotgunned it and jumped over the flaming couch and everyone cheered.

then someasshole with a full beer whipped it at the couch but it soared over it and nearly hit solomon in the head and i grabbed it as it spun behind us and whipped it back fuckers. yeah we were the press but we were also seniors. we had to set the tone.

solomon is getting married next month and the other day he asked me very politely if i could dj the reception. typically the dj is dougie gyro who will be in california next month but is headed back to the czech republic three days before the ceremony.

jeff was so happy that i was saying yes that he offered to pay for my airfare or some shit but i was all, are you crazy, not only do i know exactly what i will play, but youve fixed my computers for free over the years, i would do anything for you.

do that shit on my break.

at my disposal will be two ipods a cd player and a mixer. one of the ipods will be mine which will include so many incredible dance songs that we may dance till october.

its three thirty three am and i have two things to do tomorrow and im done. i have to move my fucking car before noon and i have to go to the post office to mail peter from palm springs his copy of how to blog. if i really want to go for it i can go over to the aaa and show them that i got my smog certificate which means that now i truly have registered the car to me. 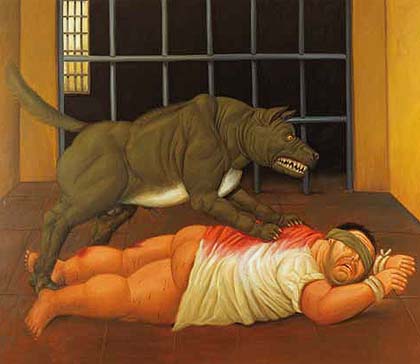 its a very good car. theres a lot of corrosion on the battery wire. the smog check guy said just a little water and baking soda. but i dont know. how can baking soda be my saving grace in the spring when i got a bee sting and now with this car battery?

i will probably not be unemployed for very long at all, so i am savoring each day that i dont have to wake up or think about anything.

as you can see it hasnt made me terribly productive or insighful, if anything its made me testy and ownery if thats how you spell it.

when i started at the xbi they had us get used to drugs so they fed me all these things id never heard of and id wig out and then theyd write down what i told them happened and at the same time my roommate just had to smoke weed every day.

he, however wanted to do all the wild shit and was bored, but one thing i noticed was for the first six months he sneezed alot. the smoke was irritating his nose. but then he got used to it.

being in unemployment limbo is a lot like my roommates experience, i imagine. it looks fun but its boring and it never produces the inspiration that you think it will. you just get fat and grow a beard.

and now being close to having a job has inspired me less. when i thought i was going to starve if i didnt do something inventive, i thought of the idea of putting together Stiff and selling it online, a painless process that would get me a few grand probably. but now that i know that theres light at the end of the tunnel, i dont want that thing out there.

but i do work on it every night. pretty much.

and it is good.

and about an hour ago this crazy guy who screams about his great audio video deals showed a 42″ plasma tv for $2,000.

and i thought, it wouldnt suck to have a tv in the bedroom for once. or a laptop. or both. or a damn trip to europe when nobodys lookin. or canada before it gets cold as shit. matt good says that it isnt all that cold but maybe thats cuz hes got a heater. i dont have a heater. i do but i dont use it.

my car is a good car i just need a knob for the volume. when i worked at federated group home of fred rated i sold car stereos and i never knew why sometimes random knobs would be missing… until now.