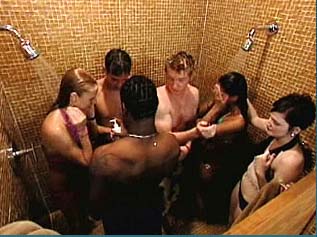 googled the college of creative studies and found my blog.

and had some questions for me about the school and about her curiosity about writing for the daily nexus.

theres no better combination for learning how to write than to be a freshman in the college of creative studies who is already interested in the daily nexus, the greatest college newspaper in america.

but i wont bore you with old war stories of the olden days when we used such crazy things like 5 1/4 disks and paper and glue and rulers and pencils. even though it was the beach we had to walk five miles uphill to the keg parties and the girls would only go as far as second base on the first date.

much simpler times back then. quaint.

anyway she asked me what i hated about the college of creative stuides, i suppose so she could prepare for the worst.

i told her that i didnt hate any part of it, but that she should be on the lookout for a few things when going into a writing program.

first she should actually try the things that the professors suggest. i had a teacher who hated talking animals, talking inanimate objects, science fiction, anything that wasnt happening right now, or better yet, two hundred years ago.

his theory, though he never said it, was that sci fi, talking animals, and lets say escalators that speak chinese are really things having a conversation, so why not make it easy on yourself and just make those two things People because, especially when youre just a fucking idiot getting drunk for the first time regularilly, getting two people to talk realistically on the page is tough enough.

you’ll have the rest of your life to write talking animal stories, in college get the basics down and write at least a few kickass stories involving talking people.

my other bit of advice is to read everything they give you. the college of creative studies has no grades no tests no finals, so they load you up with so much work that theres no way you will be able to finish it all, but what you will end up doing is way more than in a normal class. my motto about reading was if it was light study, if it was dark party. because i found that even if i tried to cram for three hours from 1am-4am i really only read and comprehended 5 pages, so while i was sober and alert and awake i should knock out as many series of 5 pages that i could, and if say it was about to get dark i would slip in as much studying as i could until it got dark, then id eat and then id fucking rage like a demon released from the depths of isla vista’s sordid past. guilt free.

the nexus is exactly the same thing except youre getting your instruction from your peers as opposed to someone who youre paying to teach you. in one day you might get edited by 5 people who, if youre lucky, will sit down with you and show you how theyre cleaning your shit up. one guy might be a big softspoken barefooted genius named wade, ten minutes later you might get an earful from a little blonde wiff of an angel named jenny, then mr os or william torren might copy edit your shit and then later the night editor might need your help to write a headline. people who think that their writing is precious never make it through the first week of a newspaper so think of your masterpieces the way i do about mine, like lovely pieces of shit, some nicely formed some forced and sloppy, all examples of your place in history at that moment and all very difficult to call genius but the ones that are totally stand out in their magnificence.

newspaper writing helps you get shit overwith and moved on to the next thing. and the deadlines are little blessings because lets say you write four stories in a week. if you can do that for a month then a five page history paper for school is a walk in the park. hell you can totally knock that out before bongloads and dinner.

and then you have all night to make a name for yourself.

give em something to write about baby and good luck.