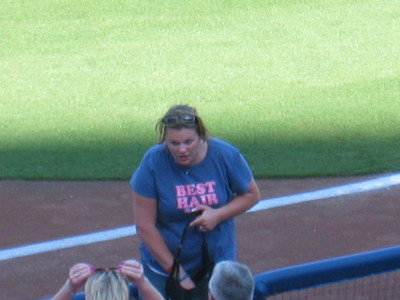 i guess thats the life of a g-unit hussler.

work up at noon thirty and started scrambling to see who called while i was sleeping. my phone is a mess in the mornings.

then i got an email from a very important person that told me that my ship might be coming in soon.

so then i talked on the phone with karisa who said that she had her feet up on her desk and could feel the ocean breeze skip over the sands of santa monica and blow her long locks back.

then i told her i wouldnt be working for her company this summer, that i was going to try to write another book.

all of this was after spending all night Finally finishing my new book which i hope you all buy – but we’ll talk about that later.

at 111 years old, mc brown convinced me, one should start working on the things that he wants to do instead of the things that he should be doing. i dont have any kids, i dont have a mortgage or a car note. although a 9-5 gig working with the coolest chick in an izusu is a dream come true, maybe right now isnt the time to work 9-5 for me. maybe this is the summer i write like a fool.

very troubling descisions. very difficult ones. because no matter what i do i like to do it well. and even though i know her company would have been far far different than my former company, i havent had the best luck working for the man these last few years.

at e! i was loved by pretty much everyone other than the decision makers. no matter how i tried, no matter what i did, i got no love. at the dot com right before e! i was loved by everyone but the day they let go of 80 people they decided to make it an even 81 and added my name to the list. of course there was a disturbance in the force that made them hire me back 4-5 hours later, but the damage had been done and i started to see the writing on the wall.

a while back i worked for WebTV for a while. when then got bought by Microsoft i hung in there for a peice but i didnt want to work for the biggest company in the world. what was the point? so i started my own company of installing satelite dishes and hooking up peoples audio systems. i also sold peanuts at Giants games. basically i had three little jobs going and it was pretty liberating to do my own thing.

im thinking that this might be a good time to get that going again. not the install business, but the american ideal of self-reliance and individualism. of course it helped that i sold my second blog ad today, and for a tv show that i actually watched last season, and it helped that i finished a project yesterday that hopefully will be available to you, the book reading public on the target date of 6/6. but we’ll talk about that later too.

last night at the game was great fun. the things marc brown can do with his phone are amazing. only thing it cant do is get us beer service in our seats. for that you have to be matthew lee welch and be sitting in the presidents box.

basart got a call around the fourth inning and he picked up and it was welch on the other line saying look over your left shoulder. see me, see this wine glass? free! see this plastic dodger cap full of garlic fries? FREE! and then he whipped one out of the box for effect and then hung up cackling.

welch is supposed to go with me to the game tonight but hes probably gonna have to cancel which is cool cuz miss korea wants to come again as does mr science blog ben sullivan as does this fella who wants to be my lawyer even though im all dude i have a lawyer, back off, and shes due any minute so step.

two twenty two and i havent even had breakfast yet. as yankoff smirnoff said, i love this country.