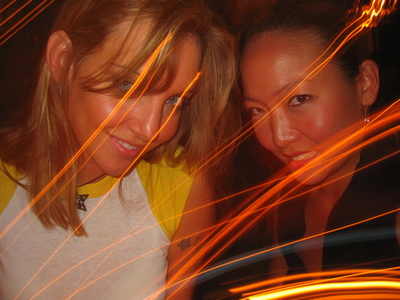 she didnt tell me that there were babes in miniskirts working in her office everyday when she let me turn down the job at her company but typically shes right.

the other night we had dinner at her house and played with her little cat which is the best cat in the world. second only perhaps to his brother who i believe is still with us despite what she thinks.

but anyway she told me that ive been listening to the bad angel a lil too much. in the xbi they have this exercise where you have to bang four cheerleaders at the same time and completely satisfy them before the time is up. because its the xbi if it looks like you actually might succeed they’ll be a knock at the door and two really pissy heionous looking women will come in and start yelling at you as you try to finish the assignment.

and just like anything, the secret to defeating the bitches is relaxation and concentration.

karisa advised me to put on a bad movie pour myself a tall glass of rum and turn off the telephone.

so i was rockin the thirteen going on thirty, took a nice long gulp of havana club which people have been known to send to me and i appreciate it and my phone has been turned off for the whole weekend so that was fine.

then she said type in your secret blog for an hour, then do a twenty minuter in the busblog. then drive around la and take pictures in the middle of the night.

she said that when she was watching the nba finals she realized that the reason a good basketball player can hit a free throw is because he has blocked out everything, even the guy with the rainbow wig and spinning the giant pinwheel in his loge seat behind the glass backboard.

actually the gayest thing ever is the fact that i love blow out on bravo. that dude is the best. in the latest episode he went to ny fashion week and totally told the designer that he was not going to do the hair the way the designer, b michael, planned to do it. he told him that right there in the tents before the show. he made the show about the hair and you know what the hair was the best thing about the show.

right there on camera he was talking to betsey johnson and he was all this time we’re here doing b michael but next year we’ll do you and she looked pretty happy about it, but im not so sure hes zany enough for her. no offense.

the thing about jonathan is the dude kicks ass. things really are perfect when he does them. this show reminds me a little bit of Hell’s Kitchen which is far more overblown and contrived but hells kitchen could learn a lot from blow out.

first of all establish why we’re allowing the dude to have a camera crew around him all the time.

the chef in hells kitchen is abrasive and its funny that he doesnt care that its american tv and he cant use all the cuss words they have to bleep out all the time but every once in a while show him cutting a pineapple open and into little stars in ten seconds. or have a cooking contest against him and let him show off. yes it was interesting that he totally prepared a pigeon but that was more gross and borderline dahmer shit. keep that to yourself.

i also watched the first episode of the real world, austin, and now i know why jason toney wouldnt let me visit the house when we were at sxsw. he knew there was a ho in the hizzy and my reputation had seemingly preceeded me.

the real world has a blonde girl on there who wants it at all times and if she isnt getting it she wants everyones attention and she doesnt care. and the real world has two girls who want to either compete for that attention or want to help keep it flaming. meanwhile they have a trio of dudes who simply cannot high five each other enough in celebration of their great luck.

the abecrombie frat dude who the blonde wants the most even gets cold cocked by a drunken texan who breaks his eye socket, which is karma, but knowing that hes going to get boned repeatedly by a girl so hot she walked out of her room in a pair of booty shorts that fit her so well i raced to my tivo remote in order to still frame that shit in order to analyze its perfection. that hasnt happened to me in quite a while.

so thank you mtv, you found yourself a hot little longlegged midwestern blonde who freely admits that shes a nymph. day one shes making out with a girl in the hot tub, day two she busts with the booty shorts.

ten bucks jason got her.