i went through a baseball card phase for a while. then basketball cards. then books. now cleaning supplies and razors and baseball game tickets. if i dont seriously make this 13 minutes with tony i’ll never get out of here so go.

its 137pm, now 138pm and all ive wanted to do all summer was see a movie and go to the beach and i havent been able to do that all summer. theres been too much drama in the lbc. thats not an inside joke, euros, thats snoop dogg and who are these people who think there are inside jokes in here? xbi stories you mean? fine heres all you need to know about the xbi.

the xbi is a vigilante group of former fbi cia and us military who fight crime by stealing from the crooks and dumping their fucked up bodies on the doorsteps of the cops and return most of the booty. when i was in college i was recruited into the xbi and ive been a reluctant agent ever since. my main job is to fly the helicopter, chopper one, but oftentimes im needed on the ground to chase people or shoot them. i usually give my share of the stolen merch to the poor because i want to go to heaven when i die. its 142.

currently i am being reassigned after serving four years at a tv network. its good for xbi agents to be in major cities working in big companies which is why i am only applying at very little companies right now because i secretly want to quit the xbi and be a school teacher and start a family in the suburbs. its 144. the problem is, like today, i spend far too much time reading books, playing fantasy baseball on yahoo, and typing up ridiculous bullshit on the world wide bleh. everyone knows brothas cant fly helicopters.

speaking of which, one of the first ads that i got on this blog, if not the first, was for the New Gilligan’s Island. so i tuned in to give support to my donor. i tuned in a little late and i see a black Professor. i was all oh thats great, aw, i love my advertiser.

it was a contest to see how quickly they could bail water out of a sinking rowboat. it didnt make any sense because the boat that won had a captain who was barely bailing anything. i dont understand it. anyway as they were bailing the host would tell the characters to jump out of the boat one by one. when they got to my brotha the professor he couldnt swim. 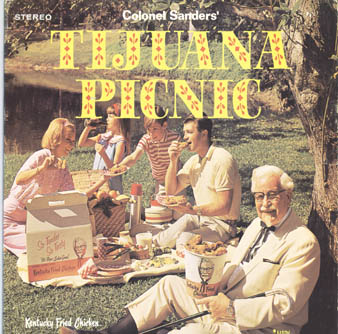 fulfilling the sterotype embarrasingly. who on earth producing that show doesnt say ok we have this show called giligans ISLAND, we’re gonna do something cool and have a black professor, when we choose one lets find out if he can swim., because, you know… some people dont have pools in their backyards, etc.

scott lasky who was always annoying on his shows on E! is the host of the new gilligan’s island and he dove into the water and saved my man’s life and pretty much looked like a hero right there as the cameras were rolling. which also sucks because its so much easier to scoff at lasky but he did do the right thing. and thats my review of the new gilligans island.

its 152 and now im thinking it might be too late to go to the beach. heres why. lets say i get my ass out of here by 2:30, i wont get to venice till 3:30, if i cruise around for even an hour now im stuck trying to cross LA at 4:30pm which is the heart of rush hour. i suppose i could just see the movie over there. hmmm. thats a long time out of the house though, something im not usually very happy to do, particularily alone. these are the conflicts in my head. i read rivers getting interviewed and i think i know how he feels sometimes because i’ll tell you this, if i had the blue album and pinkerton youd have to do a lot to get me out of the house. id just live off those. so i do give respect to rivers for going to college and touring and knocking out three more records than i woulda.

and i do like make believe. i listen to it almost every day.

the teenage fanclub record, im sorry to say is miserable. what a great band, what great talents but man have they dropped off. the paul anka rock swings is more interesting than the new tfc and who ever thought that would happen.

156 and i think i will go to the beach and to the movies and maybe go to the fox hills mall since its right over there and give you some pictures of that. ok three minutes left so lets make this worth it.

last night a super hot chick called me up and i was all uh and she was all comeon you love to talk dirty and i was all i dont know what it is but chicks arent foremost on my mind right now and she was all thats the most insane thing ive ever heard, do i have the right number, and i was all, shit i dont know anymore and she was all i will be right over but i was all i wont open the door, dont waste your time. and she was all im worried about you tony and i was all its not anything to worry about, something very odd is happening and it will go away at some point and when that happens you can come over and i will regain my place with the legandaries but right now even porn is turning my stomach so quit sending it over, and she resigned with a pouty “fine”, not in a mean way just in boohoo way, but then i added that i liked service animals eighteen with teagan and she said yeah that ones good huh.