here are some selections from his famous Devil’s Dictionary. these are from the P’s:

PESSIMISM, n.
A philosophy forced upon the convictions of the observer by the disheartening prevalence of the optimist with his scarecrow hope and his unsightly smile.

PHILANTHROPIST, n.
A rich (and usually bald) old gentleman who has trained himself to grin while his conscience is picking his pocket.

PHILISTINE, n.
One whose mind is the creature of its environment, following the fashion in thought, feeling and sentiment. He is sometimes learned, frequently prosperous, commonly clean and always solemn.

PHILOSOPHY, n.
A route of many roads leading from nowhere to nothing.

PHOTOGRAPH, n.
A picture painted by the sun without instruction in art. It is a little better than the work of an Apache, but not quite so good as that of a Cheyenne.

PHRENOLOGY, n.
The science of picking the pocket through the scalp. It consists in locating and exploiting the organ that one is a dupe with.

PIE, n.
An advance agent of the reaper whose name is Indigestion.
Cold pie was highly esteemed by the remains.
Rev. Dr. Mucker
(in a funeral sermon over a British nobleman)

Cold pie is a detestable
American comestible.
That’s why I’m done — or undone —
So far from that dear London.
(from the headstone of a British nobleman in Kalamazoo) 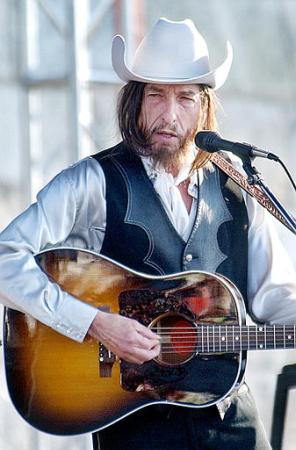 PIGMY, n.
One of a tribe of very small men found by ancient travelers in many parts of the world, but by modern in Central Africa only. The Pigmies are so called to distinguish them from the bulkier Caucasians — who are Hogmies.

PLAN, v.t.
To bother about the best method of accomplishing an accidental result.

PLATONIC, adj.
Pertaining to the philosophy of Socrates. Platonic Love is a fool’s name for the affection between a disability and a frost.

PLOW, n.
An implement that cries aloud for hands accustomed to the pen.

POETRY, n.
A form of expression peculiar to the Land beyond the Magazines.

POKER, n.
A game said to be played with cards for some purpose to this lexicographer unknown.

POLITENESS, n.
The most acceptable hypocrisy.

POLITICS, n.
A strife of interests masquerading as a contest of principles. The conduct of public affairs for private advantage.

POLITICIAN, n.
An eel in the fundamental mud upon which the superstructure of organized society is reared. When we wriggles he mistakes the agitation of his tail for the trembling of the edifice. As compared with the statesman, he suffers the disadvantage of being alive.

POSITIVE, adj.
Mistaken at the top of one’s voice.

PRESIDENCY, n.
The greased pig in the field game of American politics.

PRICE, n.
Value, plus a reasonable sum for the wear and tear of conscience in demanding it.

PRIMATE, n.
The head of a church, especially a State church supported by involuntary contributions. The Primate of England is the Archbishop of Canterbury, an amiable old gentleman, who occupies Lambeth Palace when living and Westminster Abbey when dead. He is commonly dead.

PROOF, n.
Evidence having a shade more of plausibility than of unlikelihood. The testimony of two credible witnesses as opposed to that of only one.

PROOF-READER, n.
A malefactor who atones for making your writing nonsense by permitting the compositor to make it unintelligible.

PROVIDENTIAL, adj.
Unexpectedly and conspicuously beneficial to the person so describing it.

PRUDE, n.
A bawd hiding behind the back of her demeanor.

PUBLISH, n.
In literary affairs, to become the fundamental element in a cone of critics. 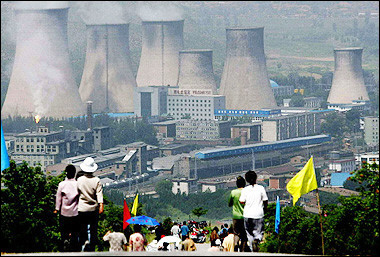 Ambrose Gwinett Bierce came into this world on June 24, 1842 in Meigs County, Ohio, son of Marcus Aurelius and Laura Sherwood Bierce. He was the youngest of a large brood of children, whom Marcus, for reasons unknown, anointed with names beginning with “A.”

Details on his childhood are sketchy. He left his family in 1857 to live in Indiana, working as a “printer’s devil” for an abolitionist newspaper. He eventually came to live with uncle Lucius Verus in Ohio, then attended the Kentucky Military Institute for a year before dropping out. Bierce wasn’t the first in his family to have interest in the military. His grandfather fought in the American Revolution, and Lucius Verus supplied radical abolitionist John Brown with the weapons for his failed uprising, as well as personally leading a people’s army to “liberate” Canada from the British.

Ambrose worked odd jobs until the outbreak of the U.S. Civil War in 1860, when he enlisted with the 9th Indiana volunteers. The Civil War would prove to be the defining episode of his life. Bierce worked primarily as a topographical engineer, where his excellent and valiant performance allowed him to rise through the ranks. He fought in several key battles in the war, including Shiloh, Chickamauga, Missionary Ridge, and Kennesaw Mountain. During his distinguished career, he was seriously wounded in the head at Kennesaw Mountain and escaped from capture in Gaylesville, Alabama.

What he saw and experienced in the war had the most profound effect on Bierce. In addition to the harsh realities of war, Bierce’s engagement to childhood sweetheart Bernice (“Fatima”) Wright was broken off during the war, adding to his disillusionment. All his experiences in the war are commonly seen as the source of his cynical realism.

Bierce landed in San Francisco in 1867, where he got a job working at the mint. It was then he decided on a career in journalism. Self-taught, he got a regular job as the “Town Crier” in the San Francisco News Letter by the end of the next year. Bierce’s acid wit quickly gained him great local fame and a burgeoning national notoriety. In 1871, he courted and wed Mary Ellen (“Mollie”) Day, a San Franciscan socialite of one of the best families of the city.

A wedding gift took them to England, where Bierce would spend one of the happiest periods of his life. He earned his way working for Tom Hood’s Fun and continuing his “Town Crier” column in Figaro. During his time in England, Mollie gave birth to his first two children, Day (1872) and Leigh (1874), and he wrote his first three books: Nuggets and Dust (1872), The Fiend’s Delight (1873), and Cobwebs from an Empty Skull (1874).

In early 1875, Mollie returned to San Francisco with their young family. Bierce reluctantly followed later that year, just before the birth of the couple’s third child, Helen. In 1877, Bierce became the editor of The Argonaut, gaining notoriety for his “Prattle” column. After a brief period where Bierce pursued a failed venture with the Black Hills Placer Mining Company in South Dakota, Bierce returned to San Francisco and joined the Wasp in 1881, where he picked up his “Prattle” column. 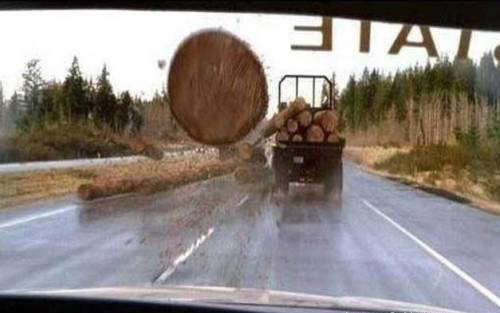 In 1887, Bierce began his famous (and tumultuous) relationship with publishing baron William Randolph Hearst, joining the staff for the San Francisco Examiner. It was at this time that Bierce’s personal life would begin being fraught with tragedies. In 1888, he separated from Mollie when he found “improper” letters to her from a European admirer, and in 1889, Bierce’s pride and joy, Day, was slain in a sordid duel over a woman.

While continuing his newspaper work, Bierce began producing books in America. Between 1891-3, Bierce wrote and published The Monk and the Hangman’s Daughter (with G.A. Danziger, 1892), Tales of Soldiers and Civilians (1892), Black Beetles In Amber (1892), and Can Such Things Be? (1893).

A lifelong opponent of the railroad interests that literally owned the California politics of his day, Bierce was one of the few journalists brave enough to oppose them. In 1896, Bierce won his greatest victory against Collis P. Huntington, one the biggest “railrogues” in the state. Huntington was in the process of quietly slipping through legislation that would effectively excuse him from repaying his debt to the federal government until after his death. With Hearst’s backing and space in the Examiner and New York Journal, Bierce single-handedly brought such public opinion and scrutiny against the bill that it was struck down, the first major defeat to the railroad interests. Most people mark this the first crack in the railroad industry’s dam of political power which eventually led to its downfall.

Perhaps the most intriguing aspect of Ambrose Bierce’s life was its end. After a tour of the Civil War battlefields of his youth, the septuagenarian Bierce crossed the border into revolutionary Mexico and was never heard from again. Although there should technically be a question mark at the end of the title to this section, we can safely assume Bierce’s death since he would be over 150 years old if he were alive. (Although, as you’ll see below, there are some theories that overcome even this.) Ambrose Bierce’s date of death is usually placed in 1914.

The facts of the matter are this. The build-up to Bierce’s disappearance began in letters that expressed an interest in going to war-torn Mexico to cheat a lingering old age, perhaps even hooking up with rebel leader Pancho Villa. Before a long visit to Civil War battlefields, Bierce made a series of arrangements for the control of his various interests that can be seen as either preparation for a lengthy trip or an ordering of someone’s final affairs. After the battlefield visits, Bierce crossed into Mexico, sent out a final letter, and vanished. Bierce’s daughter Helen, alarmed by the disappearance, petitioned the United States government to help find her father. An official inquiry by the government failed to turn up anything.

The “traditional,” or at the least the most widely believed theory, holds that he did go to Mexico. Although the specific details of the death vary, the most common story is that after crossing into Mexico, Bierce was killed during the fighting of the war. In different tellings, he was executed by rebels, federal troops, or Villa himself — or died in a battle before or after joining up with Villa’s forces. One story even tells of an old gringo advisor in Villa’s camp who constantly mocked the rebel leader. Although various people claimed to see Bierce or his grave after December 26, there is no definitive contact with Bierce after that last letter.

Perhaps the most convincing of the Mexico stories is that of soldier-of-fortune Edward “Tex” O’Reilly in his Born To Raise Hell. He claims to have been contacted by Bierce in El Passo and then in Chihauhua City — but never met with him. O’Reilly says that several months later, he heard that an American had been killed in a nearby mining camp of Sierra Mojada. He investigated and heard how an old American, speaking broken Spanish, was executed by Federal Troops when they found out he was searching for Villa’s troops. The locals told how he kept laughing, even after the first volley of his execution.