wtf is up with the instapundit. i swear to fucking allah, sure sometimes i take little jabs at him out of professional courtesy and flow him a little traffic and break his balls a little about being a closeted republican, but its all in good fun and he knows i have much respect for him, in fact i often call him my favorite blogger, which used to be the case, but hes really slipping and i cant say that i expect him to even stay in my top ten for much longer because i seriously doubt that he isnt on the take.

the courts have made two decisions over the last few days that have really let the world know what the good professor was all about.

the first was on friday when the court decided that the ACLU could have previously unreleased photos of the prison scandal at abu ghraib including video of our soldiers assraping little iraqi boys.

now the last thing that id ever want to be able to do is find myself in the position where someone could say “busblog soft on kiddie assrape”, but glenn pretty much does just that on how he’s handling this american atrocity.

June 05, 2005
GAIJIN BIKER posts a report on what’s being done in our name that some people should find sobering.

UPDATE: Some important perspective on what’s going on, from The Anchoress.

his link to the gaijin biker is bascially a post that says blah blah liberal media blah blah abu ghraib is old news blah blah heres some pictures of soldiers being nice.

glenn’s link to the anchoress has a link to gajin biker and includes a passing defense of Lindy England!

and his link to “harsh words” is to the suddenly looney Bill Quick who accuses Newsweek (and the “MSM”) of treason for “waging war” on the president. 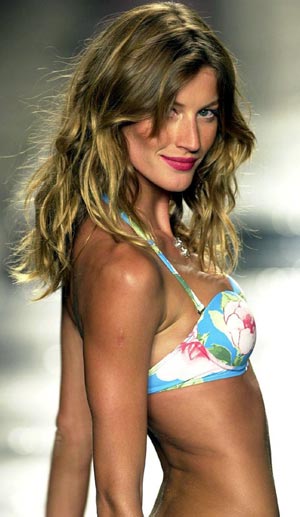 is that how glenn reynolds feels about our soldiers sodomizing children?

i defend him and say, nah, it just looks that way. nah, he never said those things, he just links to them.

and besides i say, he’s pro-legalization of weed, he’s not really a conservative. just watch what he’ll do to the supreme court if they overrule medical marijuana.

today the US supreme court overruled the right of americans to use doctor-prescribed marijuana for their suffering and pain as they die.

what does the alleged Libertarian legalize-it college professor have to say about the 6-3 decision? nothing. no commentary. and like the good news source that he proports not to be, he links a variety of blogs, some of whom agree with the finding and some who disagree with it.

damn near fair and balanced.

but wheres the outrage? wheres the vengeful bloggod who when he gets a target in his sights (currently he’s locked on to Linda Foley, Newsweek, and Amnesty Int’l surprise suprise.) wont let go for weeks, if not months?

youve got to be kidding me.

i can understand a full-on Bush spokesperson tapdancing around this story, but a blogger? a blogger who doesnt even claim that hes a republican? apparently we cant do wrong in iraq. we being any american with a uniform and or any american who calls himself a republican. we can even rape boys on video while their mothers watch.

today ive seen the future of blogging and its disgusting.

nearly as disgusting as watching the supremes piss on states rights, and the voice of the voting public, and judge on an herb that the good professor knows in his heart has no business being taken away from terminally ill human beings.

instead of standing up and saying, instapundit readers, this is bad, he says nothing and links to the dittoheads as if it were a computer program

engineered to appeal to the lowest common red state denominator.

which if that is the case, i take my hat off to you computer programmer, and like the dudes in the guinness ad say to each other