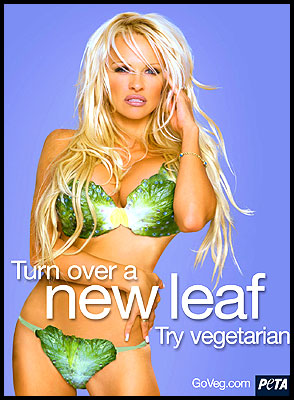 miss pamela anderson. but shes going to have to do more than wear lettuce for me to stop eating meat.

welch and i were at a taqueria the other day and he ordered the goat burrito.

everything is in spanish at midnight tacos on santa monica and vermont so i ask for the pollo burrito no onions and everything usually works out fine.

but welch is so badass that not only did he order the goat burrito but he prounced it in perfect spanish rolling the r’s and everything.

i guess you learn those things when youre living in prague and budapest or married to a superhot frenchwoman.

midnight tacos is famous for their beef tongue burritos which looks like tongue when they pull it out of the sauce with the tongs but once they split it open with the big knife it looks like ground turkey.

people order tounge at a 2:1 ratio over the pollo at this 24 hour secret treasure of east hollywood right above the vermont and santa monica subway stop.

but when welch ordered the goat the normally speedy white dress shirt, bowtie wearing mexican man had to pause and consider his options.

he pulled the goat meat from one of the warming dishes and placed it on the cutting board to chop it up real good.

he prepared the sloppy thick meal and wrapped it up and charged us two fittie each and we went on our way.

we ate and i asked hows the goat and welch said ggggggggggood.

tofu doesnt do that to you pamela.