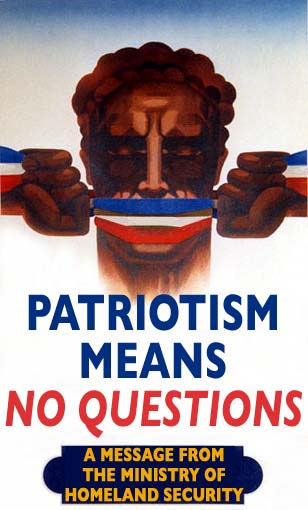 and i must say that when i read the headline and the first few paragraphs of his colum which was released about an hour ago i was all, sheesh, there goes rall again, but as i continued reading i was like, heh

so heres the whole thing in its entirety since its biggest theme is Patriotism instead of Partisanship, something that one party keeps talking about, so wtf, on the fourth of July, lets think about Patriotism today as we read ted rall explain

In war collaborators are more dangerous than enemy forces, for they betray with intimate knowledge in painful detail and demoralize by their cynical example. This explains why, at the end of occupations, the newly liberated exact vengeance upon their treasonous countrymen even they allow foreign troops to conduct an orderly withdrawal.

If, as state-controlled media insists, there is such a creature as a Global War on Terrorism, our enemies are underground Islamist organizations allied with or ideologically similar to those that attacked us on 9/11. But who are the collaborators?

The right points to critics like Michael Moore, yours truly, and Ward Churchill, the Colorado professor who points out the gaping chasm between America’s high-falooting rhetoric and its historical record. But these bête noires are guilty only of the all-American actions of criticism and dissent, not to mention speaking uncomfortable truths to liars and deniers. As far as we know, no one on what passes for the “left” (which would be the center-right anywhere else) has betrayed the United States in the GWOT. No anti-Bush progressive has made common cause with Al Qaeda, Hamas, the Islamic Movement of Uzbekistan or any other officially designated “terrorist” group. No American liberal has handed over classified information or worked to undermine the CIA.

But it now appears that Karl Rove, GOP golden boy, has done exactly that.

Last week Time magazine turned over its reporter’s notes to a special prosecutor assigned to learn who told Republican columnist Bob Novak that Valerie Plame was a CIA agent. The revelation, which effectively ended Plame’s CIA career and may have endangered her life, followed her husband Joe Wilson’s publication of a New York Times op-ed piece that embarrassed the Bush Administration by debunking its claims that Saddam Hussein tried to buy uranium from Niger. Time’s cowardly decision to break its promise to a confidential source has had one beneficial side effect: according to Newsweek, it indicates that Karl Rove himself made the call to Novak.

One might have expected Rove, the master White House political strategist who engineered Bush’s 2000 coup d’état and post-9/11 permanent war public relations campaign, to have ordered a flunky underling to carry out this act of high treason. But as the Arab saying goes, arrogance diminishes wisdom. 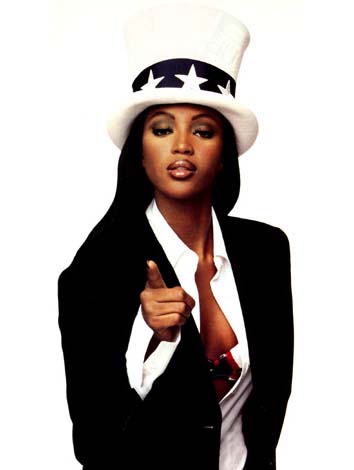 Rove, whose gaping maw recently vomited forth that Democrats didn’t care about 9/11, is atypically silent. He did talk to the Time reporter but “never knowingly disclosed classified information,” claims his attorney. But there’s circumstantial evidence to go along with Time’s leaked notes. Ari Fleischer abruptly resigned as Bush’s press secretary on May 16, 2003, about the same time the White House became aware of Ambassador Wilson’s plans to go public. (Wilson’s article appeared July 6.) Did Fleischer quit because he didn’t want to act as spokesman for Rove’s plan to betray CIA agent Plame? Another interesting coincidence: Novak published his Plame column on July 14, Fleischer’s last day on the job.

If Newsweek’s report is accurate, Karl Rove is more morally repugnant and more anti-American than Osama bin Laden. Bin Laden, after all, has no affiliation with, and therefore no presumed loyalty to, the United States. Rove, on the other hand, is a U.S. citizen and, as deputy White House chief of staff, a high-ranking official of the U.S. government sworn to uphold and defend our nation, its laws and its interests. Yet he sold out America just to get even with Joe Wilson.

Osama bin Laden, conversely, is loyal to his cause. He has never exposed an Al Qaeda agent’s identity to the media.

“[Knowingly revealing Plame’s name and undercover status to the media]…is a violation of the Intelligence Identities Protection Act and is punishable by as much as ten years in prison,” notes the Washington Post. Unmasking an intelligent agent during a time of war, however, surely rises to giving aid and comfort to America’s enemies–treason. Treason is punishable by execution under the United States Code.

How far up the White House food chain does the rot of treason go? “Bush has always known how to keep Rove in his place,” wrote Time in 2002 about a “symbiotic relationship” that dates to 1973. This isn’t some rogue “plumbers” operation. Rove would never go it alone on a high-stakes action like Valerie Plame. It’s a safe bet that other, higher-ranking figures in the Bush cabal–almost certainly Dick Cheney and possibly Bush himself–signed off before Rove called Novak. For the sake of national security, those involved should be removed from office at once.

Rove and his collaborators should quickly resign and face prosecution for betraying their country, but given their sense of personal entitlement impeachment is probably the best we can hope for. Congress, and all Americans, should place patriotism ahead of party loyalty. 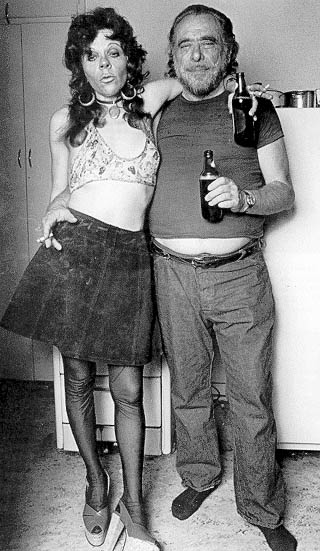 of all Time
by tony pierce