i just flew back from las vegas and boy are my arms tired.

through a desert so hot that at 11:30p on the vegas strip it was 95 degrees

and winds up in a well-off-the-strip motel.

including one from hungary who recently (three months ago) had a little baby boy named Sean (?) who was so nice to me.

even when i said get up and let me look at that belly (she was on my lap at the time) in order to investigate her missing stretch marks.

this girl had no evidence of motherhood anywhere near her except for the loving eyes and sparkle whenever she mentioned his existance.

no hips, no marks, no odor of baby powder, no remnants of strained peas on her gstring.

id write about it but people might get the wrong idea.

i will also not talk about this black girl who had something about her that made me want to get a lap dance from her, which is weird because im usually not attracted to black girls but as soon as she approached me she said “what are you doing here?”

and i said, “im doing research”

and she said, “youre supposed to say, ‘ive been sitting here waiting for you.'”

so i said, “ah, ok, take two. ive been sitting here trying to get the courage to talk to you baby.”

and she plopped on my lap and we started talking. turns out shes from tennessee and new to vegas as of three days ago.

in real life i can be friendly but i can also be standoffish. i think most of you have seen both sides of me here. but for some reason in las vegas, especially in a gentlemans club im mr happy and mr honest and the ladies can sense that and open up and tell me their life stories. which is great cuz im all ears.

miss tennessee seemed to be a little paranoid about the size of her hooters.

by the way nothing in this blog is true, you realize that, right. k.

apparently in the clubs she used to be employed at her cans were fine. but in the competitive arena of vegas she felt that shed make a ton more cash if she got them pumped up a little.

i was all, baby baby baby! no! i was like, look at what youre wearing (a little chainmail onepeice) who in here could wear something like that and work it like you? what other black girl have you seen on my lap? none! what you should be concerned about is youre a nubian princess with a valley girl’s ass – they ran out of cornbread in tennessee? 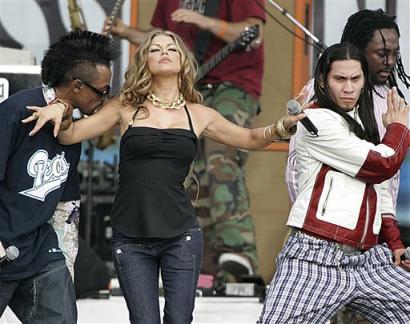 ok that parts true. i did say that.

i also said what you have to do is do just what you did to me, touch their bald heads, make a little joke and show em what you got and they will scoop you up. and if they dont, fine, whatever, its vegas, theres more businessmen coming tomorrow. but if you put crap in your boobies to compete for a few extra dollars in this filthy industry you will hate yourself one day for ruining that killer body.

and then flared in the perfect place

so hard to explain, which is fine cuz this blog is fiction anyway so please hire me.

two girls offered to have breakfast with me and smoke pot but i told them that i was straightedge and they asked whats that and i realized the kids of america dont know what that is. so sad.

who said why are you here

and i said im getting material for my new book

she said whats it about

and i said its about dying, meeting kurt kobain, and going to hell.

and she said i have notebooks full of stories and poems.

i said email something good for me and i will put it on my blog. and she said i dont have a computer thats why i have these notebooks, and i know that the purpose of strip clubs are to make you feel like youre the king and these girls want you, but

looking around that sad club at 6am on thursday morning, maybe tony pierce didnt look so bad after a long night of grinding on fat dudes and old men.

all i know is i went to bed at 6:11am and slept like a log and drove home totally unaware that the world series of poker was happening about 500 yards away from me, for if i had known i would have fully gone there to wish our pal wil wheaton good luck.