at the daily nexus wearing a dress, drinking wine, and surrounded by women doing night production on the greatest college paper of all time.

he had longer hair, raggedy jeans, and like corey hart he wore sunglasses at night.

i guess we all had longer hair back then and more fucked up jeans, but the difference about todays birthday boy is that fuckin white boy got a hundred times smarter than any of us ever thought.

not only is he a virtual expert on central and eastern european history – somehow – but he’s only gotten more nerdy about his baseball history and neo-jamesian stats that would make guys like theo epstein say hold on what?

there will be a day when someone will let me and matt either run the dodgers or the cubs and after i abuse my powers and rip down the lights matt will trade away all the stars and replace them with long beach unknowns and i will make sure that every national anthem is sung by the best of the punkrock underground.

every game will be a sellout and bill veeck will rise from his grave and stand in line for bleacher seats.

worst mistake and my only regret in life was not following matt and the nexus crew to prague after graduation to start the first english language newspaper there Prognosis. i had fallen in love with jeanine who at the time was only a junior and i told matt that i was going to stay in IV, work for warner bros. and hang out with my new girlfriend. i believe that was our first and last fight. he called me a skinny sellout whiteboy and when he saw that he wasnt getting to me figured i was truly in love and gave me a hug and a kiss, and we were good.

a year later jeanine was in prauge and i was working for an even bigger conglomerate than wb and matt was playing guitar on the charles bridge and interviewing havel and getting good seats to guns n roses.

i had made a terrible mistake.

since then matt has married emmanuelle, cut his hair, appeared on the o’reilly factor, and basically made his momma proud. all without a degree, as ucsb decided to kick him out right before he reinvented the wheel.

in a perfect world theyd look at what he’s accomplished in the 15 years since he was unjustly booted from the fine institution and award him an honorary degree, but somehow i think his achievements taste sweeter without the sheepskin because he got everything he needed from his college university and proved to the world that renegades dont need your stinkin badges, they dont even need your cable tv, american ways, or californian girls.

and he can write even me under the damn table

and unlike me, get paid for it.

of course he didnt tell anyone that today was his birthday and here it is midnight oh six and his big day is over, but thats how real libertarians are – true independents, satisfied with a trip to a beach in malibu with his bikinied bride, a nice bottle or six of red, and maybe some seafood at a little place playing footsies and driving home down sunset listening to npr.

what did i imagine for matt welch in 2005 when i met him 15 years ago? completely ruling. pretty much what he’s doing now.

but for some reason i thought we’d be driving faster cars. 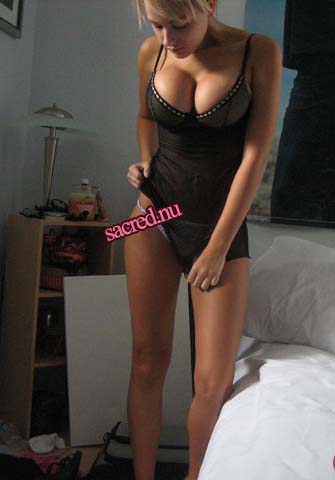 we talked for an hour for the podcast that i will put up tomorrow night, and afterwards i realized i had stuck the plug in the wrong hole! shit fuck piss!

we had just had this great conversation about payola and how young bands should stay away from major labels and about drugs and all these sorta related but not really topics and then i saw what i had done and i wanted to throw my monitor through the window cuz im such an idiot.

but matt was super cool about it and called me up a few hours later and we did another hour of kinda payola but not really. we talked about the cars he bought over the years, the music biz, U2 ticket prices, and about dudes who yell at him to shut the hell up while in concert. classic.

i seriously need to get on the radio because i dont want to make any more mistakes like that again because the next person i get to interview might not be as generous with their time, or as easy to talk with.

today is renee’s birthday. aka nay (pictured), she has been one of my favorite bloggers way back before they even called it blogging. i first started reading her sites when she was 14! not because im a perv (i am, but not for 14yr olds) but because she was painfully honest about so many aspects of her life that i found it totally compelling. im talking weight issues, boyfriends, long distance relationships, parents, web celebrity challenges, haters, copy-cats, homeschooling, hurricanes, success – the drama was never ending, and even though she took down her site from time to time, she always came back re-charged and committed.

this summer while i was unemployed i even became a member of her pay site just to see what was going on over there. i specifically wanted to see how her 24-hr cam worked and how someone could live under that sort of lack of privacy. im not sure if her shit was broke or mine was but i never saw any of the cam stuff nor did i enter into a chat with her and the other members but i did get to read her private blog and go through her archives so i feel as if i got my money’s worth. whatever.

today was also a big day for Cub fans. good ole number 23, ryne sandberg, was inducted into the hall of fame today.

growing up it was hard not to love the shy secondbaseman who came over with larry bowa (for ivan dejesus) from the phillies in the early 80s after dallas green and lee elia bailed outta philly.

ryno was the girly’s favorite for his boyish looks, and beloved by the boys because of his clutch hitting and solid fielding. most second basemen weren’t known for their power but like joe morgan, ryne hit 282 homers including 40 in 1990 which was the first time a second baseman had done that since ’22 when rogers hornsby did it.

nine consecutive golden gloves and ten all-star appearances, but because he was a Cubbie no world series rings. 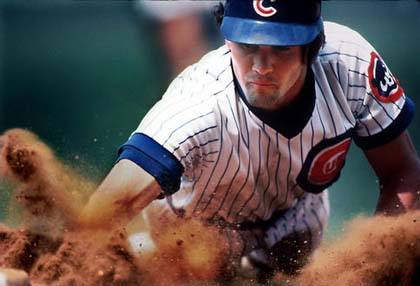 i was lucky enough to watch some of his induction this afternoon on ESPN classics and ryne had a lot to say about respect for baseball, but to me the best things he said was that he was bummed that he couldnt figure out how to win the world series for cubs fans.

It reminds me of the guy walking down the beach. He finds a bottle, pops the cork and a genie comes out to grant him one wish.

The guy says, “my wish is for peace between the Israelis and Palestinians. Here’s a map of the Middle East.”

Genie takes the map, studies it for hours and hours. Finally gives it back to the guy and says, “is there anything else you want to wish for? This is impossible!”

The guy says “well, I always wanted to see the Cubs in a World Series.”

The genie looks at him, reaches out and says, “let me have another look at that map.”

when i look back at my life i know i wont be able to say that i was as classy as ryne sandberg, who thanked so many of his old teammates who were in attendence and railed against the selfishness and disrespect of today’s superstars, but i know that if i have any class its because of guys like him who were quiet leaders who spoke softly and swung a bigass stick.

harry was looking down today and he blessed us all.

another of ryne’s best lines was not when he called Pete Rose his hero, which i loved because he’s mine too, but when he said this about Cub legend Ron Santo who we all hope gets inducted into the hall before he passes away:

I know there are a lot of Cub fans here today. I feel like every Cub fan in the world is here with me today. And by the way, for what it’s worth, Ron Santo just gained one more vote from the veteran’s committee.

and dont ask me if i cried a little cuz i’ll change the subject.