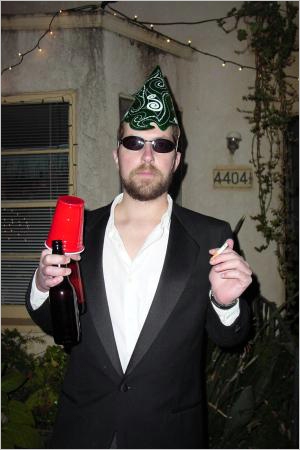 ken and i faught together in the war to end all wars, thats right, the little known battle of lil big ass.

once there we decided that ice cube was right and life wasnt nothing but bitches and money. since at the time we had neither, we ventured into the world of computers and music. for ken that led to Tabloid.net which has now been morphed in a general way into Sploid.com, part of the Gawker empire.

ken was gracious enough to chat with me last night on the phone and even though he thought he would merely spend 15 minutes with me, i told him that time flies in these podcasts that he might consider planning on a half hour. well, an hour later i reminded him of our initial deal and let him go back to his lovely family.

i write this post not to kiss ken’s ass for allowing me to interview him, and not to ease Matt Welch’s concern that ive forgotten about our epic conversations that have yet to hit the web, or to brag about my fortunate relationships but to educate you on two things:

the first is, this interview with Ken is really funny and even if you dont know about him, or Sploid, or the Corvids, or Tabloid, or Prognosis, or Nick Denton, or Hitler, or ET, or Reno, or Hunter Thompson, or alt-country of the early 80s, you really should do yourself a flavor and listen to this chat.

the second is, i want to provide a few links that will help you as far as Making Yr Own Podcasts, and Subscribing to Podcast Feeds.

now even though i have a pretty good tech background it doesnt mean that i am excited about new technologies. infact i am getting up there in age and i sorta like things easy and uncomplicated and intuitive as i start slowing down.

where i am tonight, at 9:30pm on Wednesday 7/20 is where i wanted to be at noon Friday 7/15 when i started this nonsense of talking into a recorder and uploading it on the web for your collective asses.

yes i learned pretty quickly but i couldnt have done it without the help of one mr antidisestablishment of redondo beach cali and one mr jason vertucio of bristol PA.

anti taught me that the quickest way to get a feed of my podcasting blog was to use Feedburner. thru Feedburner i clicked some things and that made it compatible with iTunes.

all an RSS feed is, is a broadcast in a way that says here-i-am here-i-am.

i dont know how i dont know why and frankly i could give a shit. but if you look at the bottom of my podcast blog you will see this image

which means that im hooked up with feedburner.

we’ll get to that lil buddy later.

once i had my podcast mp3s i submitted my blog to iTunes but they never confirmed me. jason said it might be due to the fact that i had never embedded my code with tags. wtf are tags i asked him through AIM, and he helped a brotha out and now that i have tags in my shit and all my code is correct iTunes will probably okay me and in about a week you will be able to go to iTunes, click Podcasts, type in “tony” or “busblog” and there will be a good chance that my podcasts will be on their list for you to subscribe to. 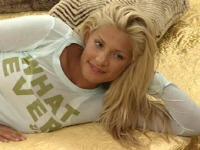 but a funny thing happened after i posted my ken layne podcast – friggin anti put down his 5 footer and messaged me with “bro i just got your podcast, im suscribed thru iTunes”

again i was all wtf because i thought that iTunes had to know about me and shit.

anti educated me that it was i who was stoned, that once i had set up the feedburner RSS malarkey that what he did was drag and fuckin dropped that little icon buddy into his iTunes and now any time i updated my Podcast blog it automatically downloaded into his iTunes

i nearly knocked the cheerleader off my lap as i got up to do the happy dance.

and then i messaged him back with TELL ME EXACTLY HOW YOU DID THAT YOU FREAKING GENIUS. to which he said, ah maybe i will make a film. to which i said DO IT DO IT, DONT THINK ABOUT IT DO IT DOITDOITDOITDOIT. rollins. to which he said oh look, this dude already made a film and its brilliant

and yes that film is for mac users but it also works if you use Mozilla/Firefox on a PC so watch it and be amazed!

and then – just to friggin show off like a mad man Jason made a new blog that explains all the steps necessary as to how to podcast. it includes the bits that he taught me this afternoon.

these gentlemen deserve a round of applause or apple sauce and/or tips into their paypal accounts. as soon as i get my Fatburger im going to hit up anti and wait for jason to create an account because seriously gentlemen i couldnt have done this without you. [update i dont see a PayPal deal on Anti’s blog either, wtf, i repeate wtf!]

as i have said, i have the greatest friends.

p.s. whoever paypalled me the $5 last week, thanks!

[Update 11pm 7/20 for some reason only my Matt Good feed is going thru Feedburner > iTunes, so if you have followed all the instructions here and youre not getting updates, neither am i, im working on it, and if anyone has the answer, lemme know ]