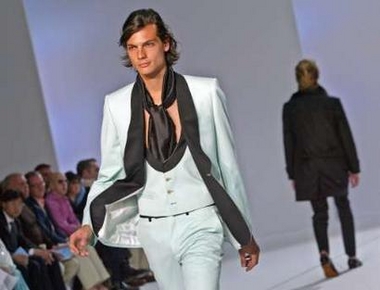 with the big j and the others who commented about my list below (the one hundred greatest american men), and said that kerouac should be on the list.

i said “once i was handed bukowski it made kerouac look like an abecrombie fratboy who had none of the superpowers that his peers milked so beautifully.”

to which big j said

But likening Jack Kerouac to “an abecrombie fratboy”, that deeply offends me. It’s also wrongheaded, man. It’s a bad mix of exaggeration and hipsterish arrogance.

Kerouac is a giant, his writing is aesthetically beautiful, inventive, ecstatic and undeniably heartfelt, so I’m stunned that someone of your stature would put him down so glibly.

Kerouac means so much to me that I’m personally insulted by your snide little put-down. Where that comes from I cannot even begin to speculate. He has made a lasting and significant contribution to not only literature but culture. Your comment speaks a lot about the scope of your intention as a writer.

first of all if i get called a hipster again im going to move out of los feliz. i dont drink coffee i dont wear man purses, yes im intentionally bald but only because the girls love it. i dont wear white belts. ive worn the same pair of shoes every day for three years. i dont listen to my bloody valentine radiohead coldplay or sleater kinney outside of bars talking about new order. fuck mac fuck jamba juice fuck coffee bean and fuck the nu art. fuck cinespace fuck silverlake fuck vice fuck piercings fuck the return of cocaine and fuck vinyl.

the pretty facade of the beats. who didnt have the genius of ginsberg, the creativity of ferlinghetti, or the muscle of burroughs.

simply put keourac is the simple plan of pop, hes the costas of broadcasting, hes the jay leno of late night. popular but empty. soft and spineless.

every time that someone compares on the road to huck finn mark twain gets to travel to hell and poke jack kerouac in the fucking eye. 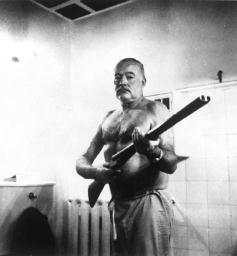 his stories arent sexy theyre not funny theyre not enlightening theyre not innovative and history has not been kind to him.

howl alone dwarfs the entire kerouac catalogue, justly, and hollywood has yet to fully exploit burroughs, so wheres that leave your boy? in history books solely. one hit wonder. lucky to be there. neal cassadys buddy. period.

charles bukowski singlehandedly could take on a army of jack kerouacs, and he provided likeable characters. when you put all your eggs in one basket, that of making yourself the main character, you better hope that people will like you and will be rooting for you. sal paradise? give me henry chinaski and an ugly girl.

and for all those people who will say i just dont like kerouac because he was a closet queer, i will say i would have loved it if he was cuz then at least his poems would have an edge, instead he was a closet straight and thats why the kids today couldnt care less about the beats because the first person they get shoved in front of them is kerouac and then they think that anything beat is so damn dull and not at all psychedelic or wild.

its like seeing rebel without a cause for the first time and you say uh and the professor has to say no really its great really, for its time, really

“the scope of your intention as a writer”

heres my intention as a writer. its to write shit down. hopefully in a way that the right girls will say i want him on top of me.

people have lots of reasons for writing. bottom lines. people say oh i want to learn to write better, and i practice, and i read so that… so that what? so that you can make money writing a book? big whoop depack shoprack is a successful book writer. thats your competition. stephen king is your competition and you will never beat him.

here is my intetion as a writer: to not bore my reader. to have people believe. to have people envy and dream. to help people have hope. to make them smile or laugh or gasp.

on the road makes me so happy that i was not on the road with jack kerouac. i first read it when i was riding couchettes through europe as i was turning 21. it was a gift because thats what people give twenty year olds as they head across the pond for the first time. alone.

the second time i read it aloud to prisoners at gitmo who then flushed themselves down the toilet.

its the same reason they listened to pearl jam.