first of all i love you and may i wish you a happy birthday.

from what i understand it was a risky situation to declare independence from britan back in those days due to the fact that they had a very strong military and a rich history of gaining empires, not losing them.

because location is everything, america benefited from being a good fortnight’s sail away and england had no idea really what they were missing out on.

fourth of july i get a lot of international readers here so maybe i should say hello to them and let them know that a lot of time i might adress the reader as america and today i will explain why.

sometimes i might say something like, damn its hot outside, america, the sorta hot that reminds you of those summers by the nude lake in the forest where the kids werent really into being nudists, we were just poor, and hot, and drunk from the mysterious keg that would appear each afternoon

realize that im not excluding you, international readers, and im not dissing our neighbors in central or south america who arent as bold as to refer to themselves simply as america. im just being lazy, and secretly admitting to being an ugly american who really does go to foreign lands and eat at mcdonalds as much as possible.

fourth of july i think youd agree that the united states is still benefitting from being at the right place at the right time. and we know we’re lucky. hell, im an unemployed black man who had to make payments on a nine hundred dollar car and i know im in a better situation than a lot of the planet.

yeah we cant say fuck on tv and the chicks cant show their nipples, but other than that in most cases the average american has a greater chance of dying from being too fat or from a car wreck in a $20k automobile than dying from disease crime or famine. its fucked up that in 2005 we should still have to be able to compare things to such low standards but i do believe that in a generation or two we as a society will rid ourselves of allowing the most greedy and conivving to run our nations.

if mc hammer was president five years ago africa woulda been fed. you can believe that.

so anyway fourth of july i hope you have a great birthday today and know that you will be celebrated in so many different ways, and diversity, as you know is part of the magic of america.

there will be sparklers in car ports, m80s atop garbage cans, whistling willies in cul de sacs and million dollar pro shit fired off barges just a little bit south of tj which is technically america if im there, which i am 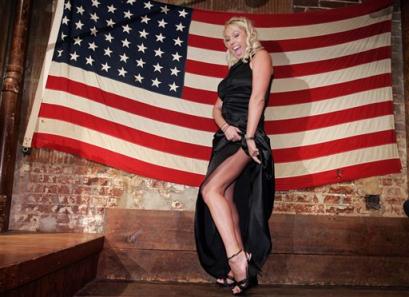 sometimes i’ll come down here to get it all together, to take a breather, to miss america just a little bit, or to say things like, damn you know how much this land would go for if this was south san diego?

fourth of july i dont know where this country is headed but all i gotta say is if the democrats cant turn this karl rove fiasco into a way to balance the scales in regards to the supreme court nominations then the democrats are the pussy ass bitches that everyone keeps saying they are and they deserve to go the way of the whigs. which they shoulda done after losing last year anyway. instead the lord had mercy on them and gave them a boy named emmanuelle from illinois and a woman named sarai from park ridge. He did this out of love for the nation, and thus the world.

as an independent i like the intermingling of church and state. im not ashamed to call myself a Christian. why should we bullshit each other? Jesus is definatley on my mind every day and even though i know a lot of people who pretty much hate american Christianity, i also know a lot who are into it even though they really dont know why. i have no problem with that.

fourth of july i ordered the thing i need to start doing podcasting. i know i said that “those who cant blog podcast” but i was being funny. its still funny.

but one thing that i would like to do in a podcast is post someone singing the entire national anthem of the united states. including the original verses that included in God we Trust.

Oh! thus be it ever, when freemen shall stand
Between their loved home and the war’s desolation!
Bles’t with victory and peace, may the heav’n rescued land
Praise the Power that hath made and preserved us a nation.
Then conquer we must, when our cause it is just,
And this be our motto: “In God is our trust.”

And the star-spangled banner in triumph shall wave
O’er the land of the free and the home of the brave.