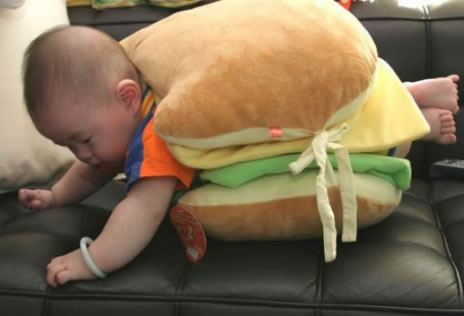 and i know that he’s still linking to an inaccurate CNN “transcript” that claims that ucsb alumn joe wilson said that his wife “was not a clandestine officer the day that Bob Novak blew her identity”.

and even though im still up to my elbows in alligators trying to get this podcast nonesense together, and i know that Kos, MediaMatters, and Metafilter were all over this earlier in the day,

and i know that AP via Yahoo have fixed the error that’s still in USA Today,

he obviously doesnt see his error. maybe he doesnt read any of those sites – or hasnt all afternoon. maybe it was pretty on campus and he was taking pics, or he was with his family. some people have lives you know.

but i agree it’s not cool that when CNN fixed their version they didnt add any comment saying that they goofed the first time. particularily since it was their fuckup that started the domino effect.

but why are you telling me?

shouldnt you be telling the blogfather?

he’s the one who still hasnt done an Update on his post, hes the one who’s still linking to the archived f’ed up transcript, and maybe he’ll write a big rant about how dishonest cnn was today in changing something that made everyone who linked to it look bad. he bitched about the BBC on tuesday for “airbrushing”, im sure he’ll give this equal time. and maybe while he’s at it he’ll ask wtf is up with their transcript archives. 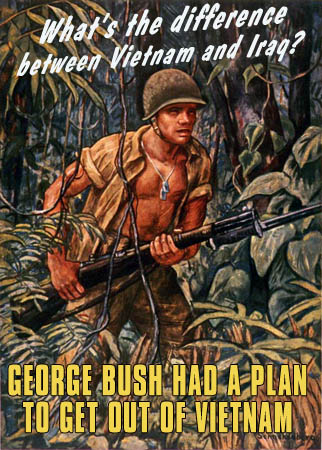 i havent said shit about Rove today and not because i dont have anything to say, hell ive got plenty. including a response to some questions by a commentor from my rove roundup post of a few days ago.

i havent written hardly anything today because i’m trying to do my stupid ass podcast which i may think twice about because not only is the RSS bullshit a pain in the ass but this ebay-ed recorder might be a POS after all.

anyways, thanks for the heads up, but the professor has an email box too.

if what you were doing was playing Gotcha so that id go off on some rant about how the good professor aint so good, thats not how we do it here. bro is finally doing what we as his loyal readers have been waiting for him to do: talk about Rove. yes he flipped it around to talk about Wilson, but baby steps, friends, baby steps.

he and i might disagree with how to do things on blogs but i sincerely do not think that he would resort to flat out cheating to discredit joe wilson. if anyone knows that wilson does a fine job of discrediting himself its glenn. my question is, if we all agree that what comes out of wilsons mouth is suspect, why would the instapundit jump on that false line? the worlds most popular blogger established last summer that wilson’s words are curious at best, so why would glenn cherry-pick yesterdays alleged line? thats the only thing i have problems with.

but please, if you see that a blogger has linked an inaccurate article, or a story that ended up being changed, tell him, not me. i know it would be easier if he had comments, but not everyone wants to put up with commentors.

ten bucks says glenn will go through his email at some point tonight and see the correction that is due to his readers and he will fix it.

just because he’s dishonest about not being a republican doesnt mean that hes a dishonest blogger. everyone has funky lil quirks.

currently i have MP3s and im trying to figure out how to turn that into a podcast. my email addy is dumbfuck at tonypierce.com

[Update: a reader informs me that Drudge still has the innacurate headline, but its linked to a corrected Newsday AP story. but friends, i implore you, why are you emailing me tell drudge and insty!]

[Midnight Update: Drudge has taken down the inaccurate link and wording, Reynolds has not. Developing…]

[Final Update – 3pm PT: The instapundit updated his post, after we exchanged a few friendly emails and calls it a “non-error” correction. i suppose we will agree to disagree as context is everything and Wilson, obviously has been saying all along that his wife was covert… and what he meant was *once* Novak wrote his piece, Plame instantly stopped being covert. I cannot get into the head of Prof. Reynolds, but I imagine that the reason that he put the link and quote up there originally wasnt because he thought that Wilson was slamming Novak, but because Glenn though that Wilson was admitting that his wife wasnt covert at the time of the article. Kudos for Glenn for acknowledging Wilson’s context. see… told ya he wasnt so bad.]