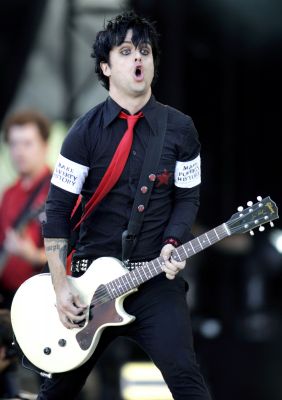 would have the cajones to post that something was underreported when he has been noticeably quiet about karl rove (who has also been suddenly silent) and TreasonGate.

is part of the lack of Instapundit coverage due to the fact that he called it officially bogus in December of ’03?

so from june 27 through august 5, a period of about a month and a half, the instapundit laid into joe wilson nearly four dozen times.

saying things like joe wilson lied, reputations died and quoting lefty heavyweight Atrios(!) via Tom McGuire by saying “If a source lies to you, and you find it out, you burn him. Period.”

so fine professor, either Scott McClellon lied or Rove lied to Scotty when the Press Secretary told reporters that Rove had nothing to do with leaking the story about Wilson’s wife being CIA. we have all found out, so will you “burn” Scotty or Rove the way you tried to throttle Wilson last summer?

seems like the white house press corps were all over McClellan today (heres video), why werent you? oh thats right, cuz youre not a news service. so were the 40 posts about Wilson just a vendetta during that cruel summer? or does burning lying sources only happen when those sources are anti-Bush?

Keep this building fiasco in mind whenever you are tempted to view Karl Rove as an invincible political genius.

but left out the meat of his finale which is

This is a first class snafu, and Bush and Rove have nobody to blame but themselves.

now why would you do that?

is it because you dont agree with your pal Bill Quick, the man who coined the phrase “blogosphere”? And if so, do tell, what dont you agree with. You were quite eager to give us all sorts of opinions on Joe Wilson’s mistakes last year at this time, why not any about Rove and the President.

Indeed, it appears that the President is caught in an interesting situation himself because now that it turns out that his right hand man was a leak (if not THE leak), then what is he supposed to do about this little exchange in Sept 2003:

And again I repeat, you know, Washington is a town where there’s all kinds of allegations. You’ve heard much of the allegations. And if people have got solid information, please come forward with it. And that would be people inside the information who are the so-called anonymous sources, or people outside the information — outside the administration. And we can clarify this thing very quickly if people who have got solid evidence would come forward and speak out. And I would hope they would.

Are you prepared Mr. Reynolds to “burn” the President for being a source who has lied to us? Of course you are, you’re a Libertarian, you have no allegiance to Mr. Bush. So please, unleash your masterfully biblical and unrelenting 40-post-in-40-day attack on Bush.

For someone who comes across as so pro-soldier and pro-truth, please explain how revealing the identity of a spy is any different than telling the enemy where our troops are. Surely you arent saying that if Plame wasnt covert at the time of the leak that she had no dealings with other covert agents, and thus Rove/Novak’s recklessness put them in harm’s way during a war. Surely youre not going to argue that simply because she was back in the US that no harm could come to her here, because as we know this is a very different war where there are no front lines and therefore as we have painfully seen in London most recently but even here in America, the bad guys can attack anywhere, and with precision. So certainly you can’t think that exposing our brave CIA agents is a good thing?

So then why after it has now been reported by Newsweek yesterday and the Washington Post today that O’Donnell was right and Rove did leak that information to Cooper that you’ve never given your opinion on this revelation and in your last 150 posts only 2 of them mention this scandal?

And you have the nads to criticize others for “underreporting”.

when will you criticize FoxNews.com for not even mentioning Karl Rove since the fourth of July? [update: this evening Fox filed this report]

remember how you gloated in September of ’04 “You know, I think I’m posting more on the Plame story these days than some of the bloggers who used to chide me for not paying enough attention to it