to do some much needed drinking and dancing and picture-taking

and since people ask me questions all the time, i figured id answer some here.

if you have any either put them in the comments or email them to me.

a. im so glad you asked ……….. smashing lady, congrats! and smashing lady, if you dont have a date, maybe you could invite Chris Gomez, he came in second place. thanks to everyone who submitted. i might have to do that again sometime.

q. how old are you really?

a. so olde its scary

q. youve mentioned the year that you graduated university and some of your friends have too, just doing the math it’s pretty easy to calculate how old you are, why dont you fess up?

a. keep in mind that i did some xbi training before i got to ucsb and i went to junior college, so im older than all of those people. im telling you, i look fucking rad for my age. not that i look rad, but line me up to people my age and i look like im doing everything right. 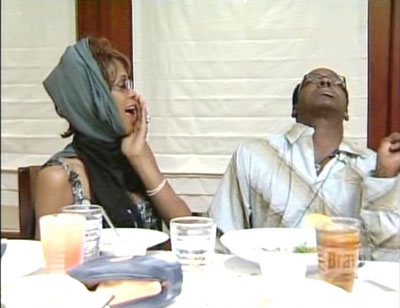 q. what tv shows do you have a tivo season pass for?

q. what are your top four

a. big brother, best week ever, being bobby brown, pti.

q. why are you so into reality shows?

a. same reason i like blogs, i like real people being real. the best dramas are actors pretending to be real people and writers trying to be believable, why not avoid the middle men and just edit reality shows real well?

q. is it true that you smoked pot every day for ten years and now you’ve stopped?

a. for the exception of vacations and rare occassional dry spells of a day or three, yes, every day, ten years. and yes i stopped right before i went to vegas and ive been tempted to light up but i havent done it. the temptations have run the gamut from “hey you cleaned your room today, you deserve a hit” to “hey you got a job today, lets celebrate!” all good reasons, but somehow ive resisted.

q. will you ever smoke again?

q. do you have a girlfriend right now?

a. my last girlfriend was awesome. awesome awesome. and i broke up with her and then we got back together even though i knew we probably shouldnt and then we broke up again. and i feel rotten about that last time we were together because i didnt act like the man that id like to be known as, lets say. and i dont want to do that to another young lady any time soon. so until i can convince myself that all the evil has left my soul – or most of it – then im sorta putting myself on timeout. which is fine. ive gotten far more tail than a man of my disposition deserves. im good for right now. 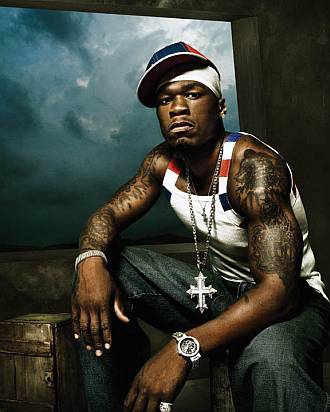 q. you seem like youve changed once you started putting ads on your blog. seems like you are trying harder to get more hits so you can make more money.

a. id disagree. if i was interested in more hits i wouldnt insult big bloggers like the instapundit and give them reasons not to link to me, i would link highly trafficked blogs more often than the ones i do link which arent well-trafficked, i would guest blog on popular blogs, i would kiss peoples asses who i love who deserve to be kissed like the good people at boing boing, and i wouldnt have called out those blogs that mimic me to put my link up high on their blog roll. and i certainly wouldnt have made a seperate podcast blog. all those things make you lose hits, not gain them and some of those things make you look like a dumbshit, not help your popularity. if theres any differences in my blog from the begining of may until now it was more due to the fact that i was unemployed and going through great change, than it was because of my dumb ads.

q. sometimes you come across as mean in your blog.

a. sometimes i am mean.

q. dont you think its in your best interest to edit yourself when youre looking like an asshole?

a. if i did that then youd call me a sellout only interested in selling more ads. see i cant win, so i may as well be honest. nobody is sweet 24/7, and sometimes the right thing to do is show your teeth and growl. i am fully aware of all my emotions, even the not-so-attractive ones. and im not ashamed of any of them. ive never pretended to be anything in my blog other than human. except for the time i pretended to be an escalator. but even then i was a pissed off escalator. this isnt the miss america pagent, if i want to call bullshit on something im gonna. if people find that unattractive, i can understand that. but ultimately this blog isnt for them. its for people interested in the entire picture of one person named sonny i. la vista. aka tony. and tony dont play.

q. in the interview that you did with matt welch you called yourself a pacifist, isnt that latin for pussy ass bitch?

a. no, i think that there are only three small portions of humanity who cannot be negotiated with. some are just straight up insane, some are in the republican party, and some are terrorists. everyone else you can pretty much sit down with and reach some sort of middle ground that they will stick with instead of choosing to blow your ass up. people assume that every single suicide bomber, for example, was someone who you couldnt negotiate with, i disagree. i think the mind is a very powerful and nimble thing, and i think the right person talking to the right person can stop Some of the evil that others have given up on.

a. guilty, but let me put it this way. i love Super Nanny and that other nanny show. i dont know anything about raising kids. so every show id see these horrible kids climbing up entertainment systems, throwing cat food all over, lying, hitting, basically terrorizing their suburban mcmansion. my first reaction every time is “holy crap beat the shit out of those fucking kids!” but supernanny never hits the kids, she works with them and makes it happen EVEN WHEN the parents are fighting against her. mind over matter my friend. to me pacifism is saying, im so much smarter than you that i dont have to whip out my boomstick, i can control you with my head. also, if violence worked, we’d had been out of iraq a long time ago, we have the bigger guns, the best equipment, and the most violent accessories. not every kid behaves because of violence and not every conflict can be settled with war.

q. why was it so important for you that the blogs who copy you put your name up on the top of their lists? you realize that makes you look egotistical and trite.

a. if people want to misunderstand it that way theres not much i can do. what i saw were several blogs that were plainly ganking my overall style and portions of specific staples of the busblog. i had said repeatedly that i was flattered that of all the bloggers, they chose to mimic me. in fact i didnt even know that i had a particular style until those blogs popped up. i linked to them over the months, and answered their questions when they wrote in. a few of them, i noticed, werent even linking to me at all. thats when i said, ok, now i think youve crossed the line.

a. the coolness line. its not cool to pretend that youre responsible for everything on your shit when its obvious that youre not. it would be like a tribute band taking props for the songs that they play. i didnt tell them to stop, i didnt tell them to take down their shit, i just said, IF you are paying tribute, then fucking pay tribute, and this is how i think the tribute should be paid, not with money, but with a link in a place of respect. thats it.

q. but what about the messy aftermath?

a. well, thats just people not understanding the original point. and other people sticking their noses where it didnt belong. and others just being pussies. and with technorati, if someone types in my name or links to me and says something fucked up, i would be doing myself and my blog a diservice if i didnt address it. because lets say someone is just discovering the busblog and they type it into technorati and they see someone saying something totally stupid, if the new reader doesnt see me either address it in the comments or see where ive addressed it on a post then they might get the impression that im admitting guilt, and asking people who obviously respect my work to follow up with a respectful link is nothing that i feel guilty about. and if someone wants to write a post calling me a jackass for wanting that link, theyre going to get a comment of me saying that theyre wrong.

q. often you say that you are leading by example. wtf does that mean?

a. ah yes. ok, i never thought that my gayass blog would ever reach this sort of popularity. and on paper it shouldnt be this popular. this girl the other day was all omg omg tony pierce emailed me back! for an old, bald, sloppy fuckup to get that sort of reaction to answering an email is amazing to me. therefore i feel a weird sense of responsibility to either set precidents when weird shit happens or document how i handled a certain situation so that When some other blogger gains popularity they might have an example of how dumbass pierce did it. because trust me, in many ways im very much like the blogs that i link to who arent getting the attention that i get, so as they get more popular, hopefully they can learn from my mistakes and sucesses. and also, maybe i can show other popular blogs that they dont have to worry about being transparent and honest.

q. is it true you just got a new job?

a. yes and im stoked.

q. how long were you unemployed?

a. almost exactly three months. it was a great summer, but im ready for my reassignment in the xbi and i like where theyre putting me.

q. and wheres that?

a. meaning only karl rove and bob novak know.