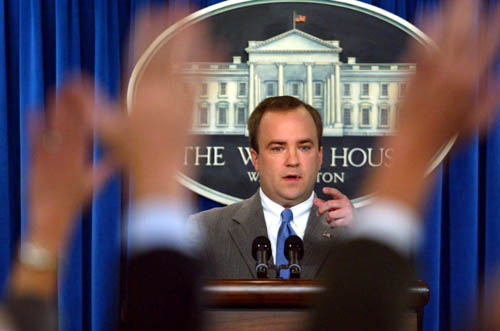 right out of college i was hired by philips magnavox and then webtv who soon was bought by microsoft.

when you work for a big company and you wear a shirt and a tie, or a polo shit and khakis, people think that youre no longer an ac/dc listening cubfan who would rather be beating off to the latest jenna jameson vid, they think that youre some company man from the factory also known as a target for them to poop on.

for philips i handled santa barbara county, ventura county and parts of la county. when the internet started booming they moved me up to frisco and i was one of three reps handling all of northern california. there i was picked up by webtv where i did pretty much the same job of teaching salesmen how to sell our products and when microsoft bought webtv i did the same thing for microsoft.

most of the time i was actually right there on the salesfloor passing out brochures and pens and i answered questions and tried to convince the salespeople that our shit was the good shit.

unfortunately our shit wasnt always the good shit and these hardworking underpaid pissed off people made sure to let me know their feelings about my employer. sometimes i would hold morning donut n bagel meetings where id have an hour before the store opened to get in their heads that our shit was in their stores for a reason and it was in their best intrest to sell it. period. 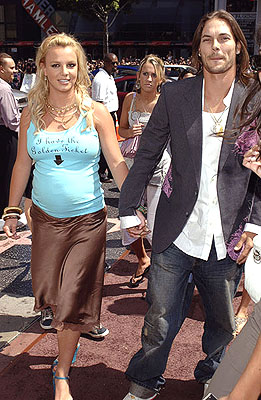 it was my job to sell them on the fact that even though they thought that they knew more than the buyer of their chain, or more than the marketing dept of our company, or more than the focus groups that we had polled, or more than consumer reports magazines that rated us high, that they were wrong in their choice not to pitch our products to their customers, and their error would only effect their wallets – not ours.

sometimes this lead to conflicts. and when the white house press secretary scott mcclellan was hemming and hawwing these last two days i couldnt help remembering being a young rep on the firing line with 55 minutes left in a sales meeting where it was definately 15 to 1, the 1 being moi.

although it was tempting to pop in the tape of Glengary Glen Ross and fast forward to the scene where Alec Baldwin informs Jack Lemmon that coffee is only for closers and that he should put it down, life isnt hollywood and there is a fair amount of tact that is required in any situation.

however, and i write this today because i know the white house reads the busblog, at some point a man has to remind the audience who is the boss and who isnt. and if youre at the podium you are the boss and when youve had enough you need to tell the non-bosses that enough is enough.

and if you do it properly, and not defensively, but firmly, you will garner their respect. especially if youre talking to salesmen who are usually the ones who are getting shit from someone, be it their customers, their bosses, or their boss’s bosses.

yes you are the representative of the company, yes sometimes the general manager is in the meeting and you dont want to embarrass your employer by insulting your audience, but, especially men, appreciate when the alpha male sleeping giant puts down his laser pointer and lays it out. 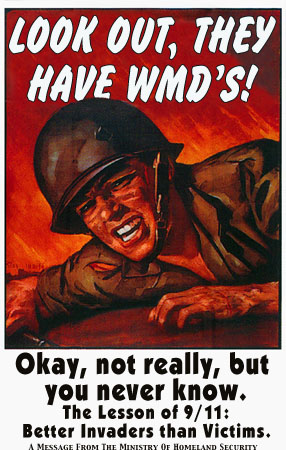 once i was representing microsoft at comdex and i was on the floor of the spacious microsoft booth, which wasnt a booth it was more like a small country, and i was standing next to the porsche that we were about to give away, but i was demonstrating the new version of the webtv box. this was many years ago when webtv was actually an option for many people who didnt want to spend two grand on a computer just to check their email.

when you represent the evil empire the haters come out of the woodwork. id have gotten more love if i was wearing a yankees hat at fenway. and comdex is really not the place for set-top boxes when everyone wanted to talk about chip design and bells and whistles and processor power and expansion capabilities and all the propellorhead shit that we all go to comdex to discover.

and there is a certain segment of the geek subculture who likes to roam these conventions with their plastic bags of chotzkies and try to impress all the hot demonstrating chicks by picking apart the presentations of the docker-wearing experts like me.

unfortunately tony dont play that. and i have learned that if you have a small group of people around you who are politely listening to you and a heckler shows up, that you will get their respect and admiration if you completely ridicule the heckler twice as loud as he tries to heckle you.

which is what i did. repeatedly.

but sometimes you couldnt attack, but youd look like a wuss if you avoided the question at hand, even if it was a question you didnt want to answer.

the webtv box didnt have a hard drive, a floppy disk slot, or a printer port. somehow those were the only things people wanted to talk about. just my luck. but because i was prepared for it, i didnt look like a pussy ass bitch.

“hey bozo. why doesnt it have a printer port?”

sir its $199. it hooks up to your tv. what exactly is there to print out, its the internet.

“well, my email. just because bill gates doesnt make a printer he doesnt think that people want to print?”

im sorry sir, im sure you get dozens of interesting email each hour, but what exactly would you need to print?

“ok smart guy, what if a friend sends me an email with directions to their house and i want to print it out?” 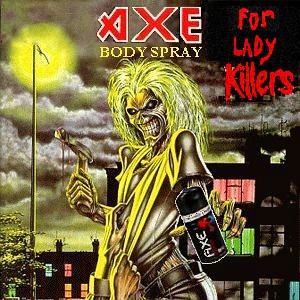 by the way this actually happened.

well sir if the sender of the email is your friend wouldnt you know where he lives?

“what if they moved and they want to give me directions to their new house. huh huh!”

well we have found that most people dont use webtv to print things. im sure you have a computer at your house. infact not to stereotype but i bet you have several computers at your house.

im not saying anything, other than hey, im not ashamed, i have lots of computers in my house too. heck this is a computer convention. everyone, raise your hand if you have more than one computer in your house.

“i have a 20 inch monitor!” the dude said defiantly.

lucky man, but let me ask you, how big is your tv in your living room?

(trick question. never fall for questioning from a sales rep at a convention hall.) 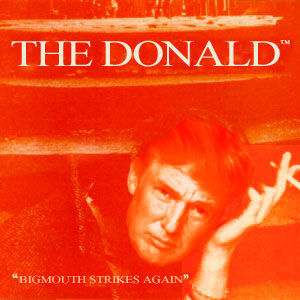 you just email the link of the page to your computer. and infact you can then download them on your computer’s hard drive. let me show you how easy it is to email anyone a link to a page youre on…

how the white house and the white house press secretary werent prepared to answer questions about RoveGate is beyond me. and theres nothing that said he couldnt be firm about his responses.

heres what Scotty should have done on monday, a full day after knowing what they were going to ask, when the diligent press corps indeed kept on him about our lovable turd blossom.

he should have said, “look, how many times are you going to ask about the ongoing investigation? i know youre not deaf. and im not either. and if you ask again this press conference is over. im here to help you and i told you that im not going to talk about ongoing investigations. now who wants to go home early cuz i do so please ask me again about something that ive already answered.”

mondays press conference was one of the funniest six minutes ive ever seen in the white house press room since the time jeff gannon’s bra strap got snapped by helen thomas. for the first time we saw reporters actually doing their fucking job and it took scotty by such suprise that he probably thought it was a bad dream. 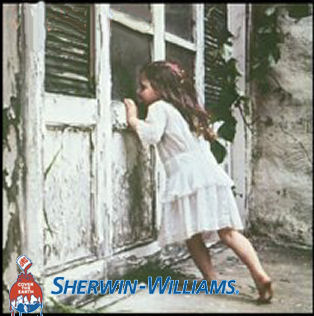 similarily, yesterday the instapundit talked about brazil and north korea, about iran and london, he blogged about iraq and al qaeda, about china and holland. the professor wrote about cameras and oliver stone, medblogging and women bloggers and even the hurricanes, he wrote that the new york times was lame and he linked a guy who knocked Time.

but in his 28 posts did he mention karl rove, valerie plame, or the funniest press conference of all time even in passing?

why would the fact that the white house is hiding something about the presidents top advisor and political architect be of any interest on a political blog written by a man who claims not to be republican?

its because thats where his little party is going.

the one hes too ashamed to admit that hes part of.

yearning for a gannon in the crowd to point to.

and i guess the old saying is true, those who cant do