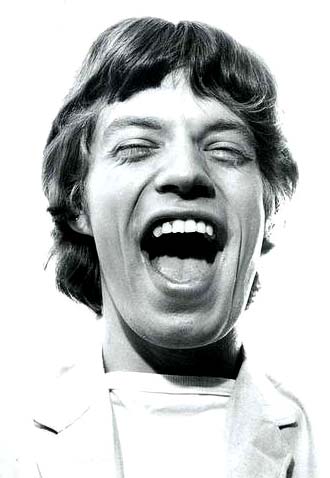 that i was at this weekend, but its hard to type while i listen to this podcast that i did with danielle last week, but i will try.

today i interviewed tomdog from buzznet and rogue cheddar fame, and raymi le minx from canadian herstory fame. these podcasts rule but im still waiting on the dudes who are going to host these mp3s to get their tool to work. shuttup. and later today i will upload the raymi one with them or without them.

but lets get to the questions the kids asked the other day:

q. What do you think about bloggers who don’t have the desire to be widely linked and aren’t interested in universal acclaim. I have had a blog for a couple of years (which I routinely delete in fits of pique and fear of too much self exposure) and I have developed a small group of readers and I like that. It scares me sometimes to think about strangers reading me, especially when I get intimate comments from unknown, unlogged visitors. – leigh

a. the sad truth is most bloggers will not be widely linked or achieve universal acclaim. if a blogger knocks out decent posts every week the odds are much higher that they will get a big audience, especially if they have friends who are popular and link them all the time, or if they post risque pictures, or if they comment a lot noting their homepage in the comment box, but most bloggers will not have huge popularity.

so the question really is, what do i think about average bloggers. i love all bloggers as long as they are interesting. if all you want is a small audience you’re doing the right thing by deleting posts and staying relatively low key. you can also do things like what sk smith does and not show any pictures, it also helps if you dont update very often. its quite easy to avoid hits.

what you may want to do for your small group of readers though is set up some sort of email notification system, which you can find for free around the web, or instruct them how to work blogreaders like Bloglines so that they will automatically get your words delivered to them whenever you update.

if you feel more comfortable with good people who know you, than with strangers and lurkers who comment anonymously, i can totally understand that. not everyone is an exhibitionist or an approval junkie or interested in more more more. and comments from strangers isnt for everyone. so more power to you.

or you may consider a LiveJournal blog which has several other privacy settings where you can limit readership solely to people you invite.

2.If you have to cook a meal for someone what would it be?

3.Who would you most like to be stuck in an elevator with? – Amelia

a 1. im a weirdo. i sorta like for people to be in their little worlds and let me be in mine. i think i come across way better on my blog than i do in real life and i bet other people feel the same way. many people heard my podcasts and were all omg tony doesnt have a deep booming voice. id sorta like to have people imagine me as cooler than i am and meeting me would really ruin that. so i would have to say no to your question, not because i dont want to meet others i just dont feel so awesome about them meeting me.

2. the only thing that i make well is bbq chicken or grilled burgers. i went through a period of time when i was making stews in my crock pot but that time has passed. so if someone demanded that i made them something i would bbq for them.

3. ive been stuck in a few elevators and each time i started laughing hysterically. probably nervous laughter. so if i couldnt get stuck with pam anderson or someone hot who had always wanted to get it on in an elevator with a stranger, i would have to say id like to be stuck with people who panic easilly because it would only trigger my nervous laughter even more, cuz who doesnt love to laugh?

q. in regards to bloggers you would like to met…did you and matt meet strictly through blogging or were you friend prior??? – Smelly Danielly

a. matt found me, i believe, through raymi’s blog. i had heard of him through lists on canadian blogs of their favorite cds. he has a pretty easy to remember name and there are many good canadian blogs so when he wrote me i recognized his name.
one day he started chatting with me thru msn messenger. ive noticed canadians like msn way more than aol which is ashame because i like to lay low and im barely on aol however i dont know how to turn my msn off. so he caught me unawares. i think the second time we chatted he was getting tired of typing and asked what my phone number was and we talked on the phone and we really hit it off.

he sent me some cds and i listen to them and i like a few songs but in no way am i a fanatic like i see lots of canadian bloggers are. but i really like his blog and when he came to LA he was pretty much exactly like he was on the phone, very normal and nice and funny. im sure if i had grown up in canada id be a huge fan of his music. but sometimes its hard to go backwards. he wrote about the Replacements yesterday and ive tried to turn people onto them who had never heard them but some bands are hard to get into when you have no history with them and no shared experiences with friends like singing the song in the car on the way home from a party or something.

but i think our conversations and upcoming podcasts might actually be better that i didnt grow up on his music because i have a total objective point of view with him when we talk, and especially when we talk about music cuz im not all omg remember that one song omg let me tell you how it deeply effected me when i broke up with my true love. if bruce springsteen or elvis costello or paul westerberg started calling me on the phone my podcasts with them would be horrible and people would puke, and how would i have the nerve to tell someone like springsteen that his shit hasnt been very good since tunnel of love?

q. People can take the blogging thing way too seriously, no? – Mimi

a. yes they can. some of the biggest bloggers are completely dishonest with their readers intentionally ignoring huge stories regarding human rights and morals and life and death that they wouldnt ignore if they had only a handful of readers or private blogs. but in public, and in front of large audiences they turn into, sometimes, idiotic tools. the point of blogging is to give your take. on everything. when you self-edit, i believe, youre taking yourself too seriously and youre taking blogging too seriously. no matter how many hits you get or dont get at the end of the day its just a blog, the gayest thing ever.

q. has anyone ever told you that you look like vin deisel? – carrie

a. only strippers, but i thought they were simply after my money.

q. can i get any nudes of karissa? – some jagoff

currently she has a boyfriend who she has been with for a long time, and even if she didnt have one, i doubt she would have ever agreed to pose nude for me, the only friend she has with a popular website. shes a smart cookie and knows that accidents can happen. plus its hard to look at her clothed without passing out, i cant imagine what she’d look like in her birthday suit. it’d probably ruin everything.

but no you cannot have nude pics of karissa cuz i dont know anyone named karissa. dumbass.

but you can listen to danielle (pictured, middle) and i talk about her tumor which is part one of our interview