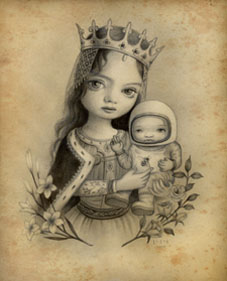 my do i shoot myself in the foot. why do i work on my sails but tie tighter knots and lay more anchors. why am i such a weird beast who can do anything but settles for nothing. why am i me. why do i do this. why do i give it away to corporations and startups and undercover antihero agencies that rhyme with sbi who make me work all night even though ive worked all day.

why do i keep tivoing regis and conan and the three stooges and the banana splits when i have so many channels to choose from, why do i listen to people who are so dumn, why dont i spend more than a dollar on myself when i can spend so much so easilly on cheerleaders who barely please me and why do i shut them out and close off my heart and yet feel like hugging every tourist on hollywood blvd with their suntans and bad shorts and cameras and cameras and cameras.

i want to say all youre taking pictures of are other tourists, all youre filming is the ghost of hollywood, all youre capturing is the resin of la. but where would i send em, santa monica? no. westhollywood. no. south central, hell no.

if you want the real la you have to live here for a while you have to lose your own style you have to get drunk in a rag top party in the hills go to an afternoon laker game and leave early at a dodger game. you have to eat roscoes after clubbing you have to find needles at the beach you have to hear the stale lies of an actress as you drive down pch. you have to learn to love the valley the real valley which isnt south of ventura blvd but north. you have to know your way to east la and eat more than just mexican there you have to buy plants in chinatown and one dollar tshirts that cost five if theres a bootleg iron on of g-unit on it.

today i went to hot topic at hollywood and highland and got two sonic youth washing machine stickers for ninety eight cents each proving that im the biggest loser fake punk rocker in all of america cuz what the hell was i doing there and what did i do taking the only good thing they had there.