that i would get to bed early tonight and it looks like that wont be happening.

but we can sleep when we’re dead. right.

i hate that saying.

why would anyone want to sleep when theyre dead?

why wouldnt people want to believe in Heaven, in All Good, in Paradise, in Rock n Roll Forever

in mountains made of ice cream

in lines of hot babes waiting outside to meet you.

in clouds made of cotton candy and trees that you eat and rivers that have clean water and presidents that are actually voted for.

who the fuck is the president to take the pussy way out of skirting around the congress and getting bolton and that other guy jobs?

who the fuck is the instapundit and all the rest who just let this guy bastardize the constitution and balance of power and checks and balances?

i have no idea why we look up to professors online or in the neighborhood when those of us who went to college remember far more fucked up professors than great ones.

i read an article today that there is a blog created every second.

this is what i hope from the new generation of blogs that were created in the last twenty minutes that its taken me to get it together and write this post:

you will have the courage to write your blog out of honesty, transparency, openmindedness, and creativity.

tell us what you really think. dont hide behind the links that you provide or the pictures you post or the commentors that you attract

if youre going to do what it takes and stay up late and work to tweak your blog, make it a direct reflection of your soul 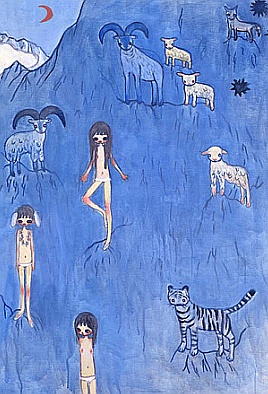 and echo of a fat guy in a little coat.

i have sold out in many ways but my ultimate goal is to be the man that that little kid wanted to be when he grows up.

and since i’ll never make the major leagues, at least my blog can grow up to be the blog it always wanted to be, instead.

if i pass you on the 101 baby, i’ll be the dude stoked that his week was perfect except for the lack of postings.

on a final note. let me tell you that yes i listen to republican radio and i also sometimes tune into the oreilly factor because ive always enjoyed circuses and therefore clowns.

today he tried to call ted kennedy a flip flopper because he once said in the 60s that life began at conception, but has been one of the biggest activists for abortion.

o’reilly as you know is a blowhard who sexually harrasses women and buffoons it up on tv and exaggerates instead of intellectualizes – for ratings.

kennedy said that he personally disagrees with abortion, but as a legistlator believes that women deserve the right to choose what happens with their body.

people ask why i listen to rep talk radio and watch rep talk tv. its because it teaches me more about dems than lib radio and tv does.

i have so much respect for teddy now, because thats exactly what i believe.

im personally against abortion, and i believe that life begins at conception, but i also believe that its up to that individual woman to decide if that embryo will grow and live and become a baby in her body.

personally im against it, but publicly people should choose what happens in their lives and in their bodies.

plus i think theres a reason that the bible never talks about abortion once, and yet it repeatedly says “do not judge”. if that isnt a hint that abortion is part of our free will, then i dont know what is.