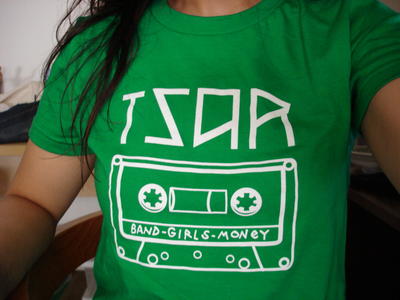 i do many dorky things and my addiction to blogging and fantasy baseball are right up there with my appreciation of the bible and reality tv.

close is my addiction to subscribing to trashy magazines.

anyways last night something bizarre happened in the most competitive yahoo fantasy baseball league that ive ever been in: i called out the most active player in the league for being a liar, and it hit him so square once he realized that i was right that he quit playing right there in front of everyone.

this guy was poised to make the playoffs. not only that but he made a brilliant move of screwing me on a trade the day before by asking me in the public message board what players i was willing to give up for two of his good players. i told him and twenty minutes later he cut a deal with a different team for pretty much the same guys that i had offered.

meaning he got what he wanted without having to give me his players.

seriously quite a savvy move for a guy who doesnt even know how to cut’n’paste an email.

not that you probably care, but if youve made it this far, perhaps you do… anyway, afterward the trade, he wrote me an email saying that he was sorry if i felt ripped off, that he would make it up to me by offerring me some trades. his offers were rotten. basically his junk for some of my good shit.

so i wrote him back and said basically, bro you used me, you owe me one, and if you are genuinely sorry you need to offer me something decent. i was firm but i was careful because there have been 7,078 posts in that league, and everyone pretty much hated me because ive had to play bad-cop in the league by asking the commisioner to veto some of the lopsided trades that so many of the teams have been involved in.

meanwhile, however, noone hated the commish, even though he listened to my public advice and actually vetoed about 75% of what i requested. maybe its cuz i can sometimes come across as an asshole, and rarely do i apologize out of politeness when i know im not wrong.

so yesterday one of the lowest-ranked teams started calling me names. then the dude i was pissed at, the one who had just jacked me with the trades (The Detroit Tigers), was all LOL even last place teams are making fun of you, you must really suck.

to which i was all, tigers, shut up, you used me and you should just be quiet

to which he was all, dodgers (im the dodgers – the cubs were taken), youre the one who should shut up, you wrote me an email saying i should trade with you or else. wtf is that all about?

i know, super mature, but what else do you expect from free fantasy baseball.

anyway, i had found my angle to get payback for getting taken in the deal.

i called Tigers a liar and because this league is full of super-macho “men” i knew if i pulled the screws and demanded an apology he would never give it to me and would be backed into a corner.

if you want to see what happened through our message board postings, i copied most of them and put it on this web page

warning, its lame and dorky and geeky. but its an insight as to how not super cool i can be, and how amazingly proud that some men can act – even when they know theyre wrong.

some people, i learned yesterday, would rather quit something that theyve played every day for the last four months, that they quite possibly could win, instead of apologizing for being a jackass.