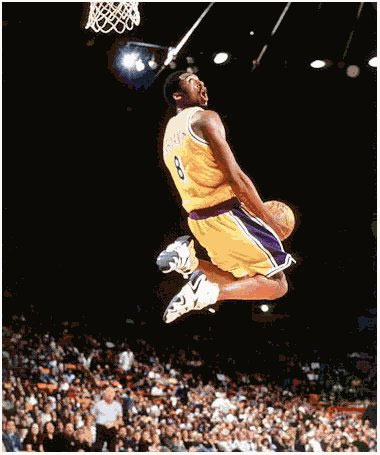 because i have so many young readers here im not sure you all remember the Good Old Days but a while back Los Angeles had kobe, shaq, and a little thing called chemistry that the chicago bulls proved could make nobodies like bj armstrong and steve kerr magical heroes when it mattered the most.

look no further than the career of former laker robert horry and look at the teams that he played for and you will begin to understand chemistry.

better yet, look at the teams that horry’s teams beat and you might better understand this theory. it doesnt matter how many great players are on your team, without teamwork, unselfish play, good coaching, and chemistry you will lose.

the rise and fall of kobe bryant may not be as dramatic as the tragedies that have befallen young phenoms like mike tyson and ricky williams but his bad choices were just as devistating.

kobe bryant came to the nba straight out of high school to play for a laker team that was so good they didnt need any 18 year old. they had shaq, eddie jones, nick van exel, elden campbell, and robert horry. little did they know but the very next year the teenager would break into the starting lineup and start his reign as one of the best shooting guards in the game.

yes kobe won three rings, but it was because he had the best center in the nba next to him and the best coach in the game giving them all direction.

during the peak of the lakers a few years ago kobe was on top of the world and some may think that it was his rape trial that helped in his fall from grace, but anyone who paid any real attention to that trial knows that it wasnt that case (one in which the accusser wouldnt take the stand after the truth about her lifestyle and about that night began getting investigated on trial), it was kobe’s selfish, yuppie, me-first attitude.

kobe bryant began to embody everything that people hated about the lakers and los angeles and privelege.

people talked shit about shaq and how he made his bad rap records and his bad movies and how he allegedly wasnt ever in shape, but when it came time to play shaq was always right there getting triple teamed and hacked and when you look at his numbers they were always solid.

kobe’s, especially after the trial, were never the same. particularily in crunch time. especially during the detroit pistons series two years ago.

LA will tolerate a lot of things, and big egos are nothing new here, which is why shaq jerseys are still seen on the kids in the playground, but winning is everything, and the lesson of kobe bryant is that you cannot win alone in a team sport.

this year the lakers didnt make the playoffs and shaq’s miami heat took the pistons to seven games in the eastern conference finals. and now that the heat have picked up antoine walker, jason williams, and james posey theyre everyones favorites to win the east.

and kobe’s lakers, even with phil jackson back, are a crap shoot to get into the playoffs.

all because kobe is a shelfish bitch who got what he asked for: the lakers to be his team and only his team.

be careful what you ask for my friends, especially on a stage as big as the staples center, because one man cannot make a team, but one fool can break it.

and thats the story of todays birthday boy who has yet to prove that he’s anything more than just a boy.