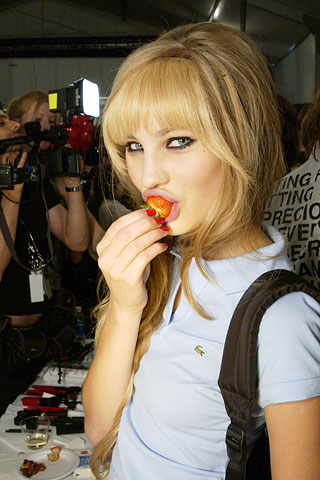 the other day, not even on this blog, told me that i should quit talking politics and stick to what “made” me, writing about chicks.

the busblog started a month before 9/11. there was a post or two that july, a post or two that august, and for some reason i started getting into the groove early september, and then when 9/11 happened i made a few photo essays including “dear kids of afghanistan” whose anniversary is today or tomorrow or sometime, fuck i dont know.

i wanted to tell the chump, “dude ive been writing politics since youve been sucking your mommas dick.”

but you cant argue with these people.

the sad truth is, id love to write about pussy again. who wouldnt? id love to tell you about hanging out at the rokbar patio just waiting for the friends of the friends to get sloppy and knowing that everything is about being in the right place at the right time, knowing that when youre around twenty fratboys with good clothes who wont stop talking that you have to stop talking and pussy will just fall in your lap.

every single republican senator yesterday voted Against having a bipartisan independent Katrina Commission to find out who goofed and when.

and this is after the president admitted that he goofed.

and after Brownie stepped downie.

and after the Louisiana governor accepted responsibility.

everyone is doing the right thing except Senate and the instapundit and the people who support this sort of partisan bullshit.

all the righties are so gungho about John Roberts, and everyone thinks theyre so cute with all their gayass baseball metaphors, and everyone is climbing all over themselves to kiss each others asses about how “fair” he’s going to be 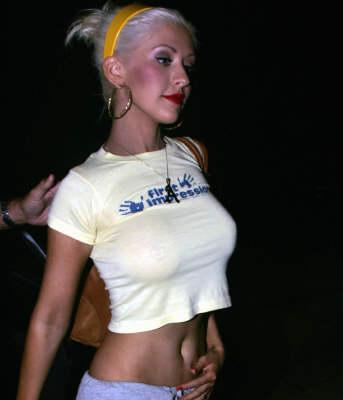 but these are the same motherfuckers who yesterday were asked, basically, “hey Katrina is gonna cost America $200 billion, and a killer town. a half million americans if not more are displaced, lives are ruined, neighboring cities will be changed forever, and at the center of it was a three-way orgy of fuckups where one group was clearly trying to outfuckup the other two – lets find out with a bipartisan 9/11-Commission-type group why this bizarre phenomenom happened and how we can prevent it from happening ever again because next time it might not be a hurricane that creates it, it might be a dirty bomb, or a nuke, or some crazy shit that we dont see coming two days out.”

and every single Republican said, “we dont want a fair commission, Mrs. Clinton. fuck you, and fuck America. we’re terrified what you might find out. you might become president, but we sure as hell arent going to help you get there. sheeet.”

what are these fucking pussies worried about? the good shit wont come out till four years after the event anyways – and by then nobody gives a crap. did anyone today stand up and say, “so wait, Condi totally lied to us when she said in 5/02: “I don’t think anybody could have predicted that these people would take an airplane and slam it into the World Trade Center.” and thats why the president has been trying to hide these facts. as if the pdb wasnt enough to grill them.

why vote against a bipartisan independent commission? nothing grills these people. and noone gets voted out, and noone gets fired, and the spin machine either spins or simply ignores things that theyd rather not pay attention to.

i wanna talk about pussy just as much as the next guy, but if i do, then im just as bad as the dittoheads who bury their heads.

everyone i know donated money and clothes and time and effort to help these evacuees. why we wouldnt want to get to the bottom of this is beyond me. and the fact that the republicans dont want to do it in a fair manner should tell you that its because they know the truth, and just like all the pages that remain redacted, they dont want to show us the truth.

so i guess ive accepted your request dipshit.

question silence + terra + 4rilla + this dude stoked me + if you havent voted, vote

not only did you design some killer covers for the new book that im going to come out with next week, but you are voting like crazy (btw keep voting, the polls are open till tomorrow afternoon)

but you are also buying the Brownie, you’re doing a heck of a job tshirts and mugs like crazy!

sure Wonkette sent a little traffic over here yesterday – ok ALOT of traffic – but people are actually purchasing this stuff!

i only have four items for sale, the ladie’s tee, a baseball undershirt, a regular tee, and a mug – the profit on average is about $4-$5 – and so far because of your generoisity i have raised about $200 profit to give to the Red Cross!

thats amazing to me!

i mean really, one night i was just laughing at Bushie being Bushie and after about 10 minutes on Photoshop i was able to make something that ended up getting linked and bam, money for a great cause.

this interweb shit is crazy!

so yes i love you, thank you for being part of this busblog deal. it really wouldnt be the same without you, and together we can do some incredible stuff and dont think for a minute that im not grateful and thankful for your contributions.

it’s out of that respect that i try not to ask too much of you, other than to be patient with me as i try to keep this caliope rumblin down the road.

and btw, although i do have a hard time replying to email all the time, or phone calls, i do appreciate you trying to help the content of this blog.

for example, yes i have been noticing that the instapundit hasnt mentioned BrownGate in the last three days (his resignation, Bush’s lie to the press that he didnt know he had resigned, or the fact that DuctTapeMan will replace him). yes i understand that the Roberts confirmation process is important, but FEMA suddenly isnt (isnt that sort of thinking what got Bushie in trouble in the first place?)

and yes ive noticed that the good professor hasnt mentioned the President admitting for the first time in his two terms that he fucked up.

and yes ive noticed how many times in the last three days he’s mentioned The Busses in the flooded out lot: 5 times.

and of course i saw how the Instapundit found the one poll that made it look like his numbers are “improving”.

thats some serious blogging over there, kids. thanks for the heads up but im way ahead of you.

britney has a boy + homeland security chief to blame too + zulieka 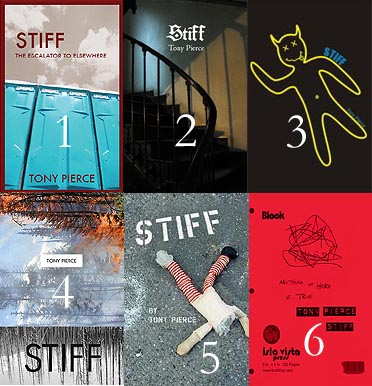