and i took hella pics for yr ass 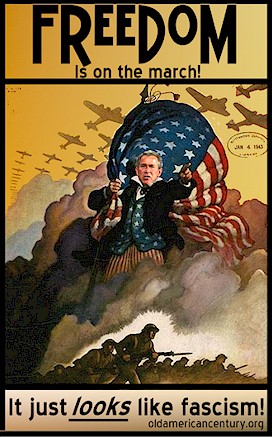 but as much as in my heart im a hippy, the only reason i would really wanna go down there is to have lunch at the pantry afterwards

and thats no reason to yell out a few fuck bushes.

the problem is painfully simple: the republicans will do whatever BushCo wants them to do and the democrats are too pussy to fight back.

when phil donahue is your strongest, most powerful, most courageous and intelligent voice youre in deep do-do.

how is it that the soft spoken Cindy Sheehan is more willing to rock the mic than Obama or Hillary?

not even Howard Dean wants to scream in DC for one of the biggest rallies of the year – and he was against the war when others werent.

the republicans are on the ropes. as karl rove was fighting kidney stones bush showed his true colors and avoided new orleans. now hes avoiding rita. his numbers are amazingly low, every day theres more bad news for his party and for himself including the fact that he’s back on the sauce.

doesnt it sound like today would have been a good day for a knock out shot, hillary?

didnt today seem like a good day to show the world how much different you are than the current administration?

the majority of america are now against our occupation in iraq – why is it that dc democrats dont feel that now is the time to start representing their constituants?

republicans cant debate. theyre not going to beat the dems up in november.

this red state malarky is a pile of doo. everyone now realizes that. the only people that hillary and barack offend by not going to the protest rally are the people who want to vote for them.

you think the instapundit cares about looking politically correct? today he got to say what he wanted through the gateway pundit who said, “I thought this was going to be an Anti-Iraq War Rally but it’s just a hodgepodge of extreme leftist groups taking turns at a microphone.”

while the professional Left, the democratic representatives play it safe, soccer moms like Cindy Sheehan get called extreme leftists.

because people who disagree with a war based on lies are, of course, extremist.

and those who defend an administration who tortures political prisoners, fucks up on who has weapons and who doesnt, and is responsible for over 100,000 civilian deaths and 2,000 US military deaths… are patriots. like jefferson and ben franklin.

but maybe more patrotic than even those guys cuz they were french-lovers.

its’ 1:26pm the rally started an hour and a half ago here in LA.

i think i just talked myself into going.

cuz if bending over for BushCo’s every whim is patriotic,

then i guess i am an extreme leftist.

maybe someone will sell me a beret.