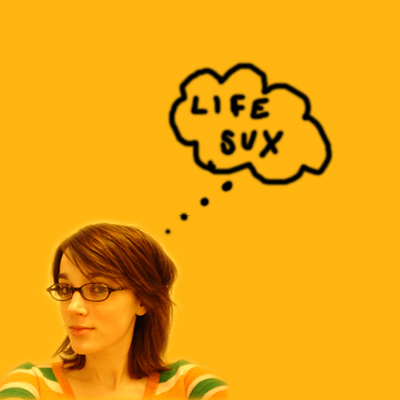 and i guess technically Sunday is the begining of a new week, but lets pretend that its the end of the work week…

im about to sever ties with one of my best and longest friends.

in retrospect it was a long time coming and in many ways this friend had severed ties with me a while ago but i was too dumb to see it.

and i let people sometimes walk all over me. i blame it on being raised a cub fan.

when youre a cub fan you’ll pretty much take whatever warmed over piece of shit they serve up to you and as long as its wearing those pinstripes and cubs hat we’ll take it.

which is why i was so surprised when the fans of the northside booed sammy sosa.

but i guess times change.

im not going to go into the details of this relationship or how i was wronged, but the way i see it i was 100% honest with this person and extremely patient and i changed when i was asked to change and i adjusted and i did the things that i thought would be best to keep the thing alive.

but apparently that wasnt enough and slowly and surely ive been erased from this person’s life, for the exception of the times when this person was the lowest this person has ever been in and then this person came running to my house where i took care of the situation with the help of tivo brand recording devices, campbell brand soup, and some of the equipment loaned to me by the xbi.

and the person who caused this persons pain is now permanently handicapped.

and was forced to ingest his own toe.

and say how good it was.

still, im the dumb one.

but it appears that any time this person is really happy its me who gets not only pushed to the back burner but under the stove and after a while it gets cold down there and fucked up.

and i wish you knew me, for if you did, you’d know that i dont ask a lot of people. the biggest thing i ask for is a little respect, and for the chosen few, the opportunity to hang out with them every now and then.

even my closest dearest friends barely see me or are bothered too much with my presence.

and now this person wont have to worry about keeping the lie alive anymore either.

although id bet you thousands of dollars that theyre not, nor will they be in a years time.

and yes life sucks sometimes, and yes lifes not fair sometimes, but life is its worse when people who should know you turn into strangers and pretend that youre something youre not and then abandon you. and yes i see the hypocracy of abandoning this person in return but i really dont see any other option.

im off to the corpse bride.

(i know, i cant believe its been three years either)

hi, my name is tony, and im an internet junkie

here i am in beautiful aruba, land of iguanas, blue seas, white beaches and some of the most overweight tourists in the world and instead of combing the resorts for thong-clad topless european travelers to meet and make up stories about, here i am in an internet cafe writing you.

i just got done gambling and drinking in the Crystal Casino, the island’s only twenty four hour gambling den. everyone is very nice to you here. they speak several different languages because no one can make up their mind as to who should own this tropical wonderland.

this afternoon we took the airconditioned bus tour around the island. the whole place is very small so it only took us a few hours to hit all the hot spots. my advice: don’t take the tour. stay in the resort, wade in the pool, suck up the drinks and if you get adventurous experience the 80 degree sea and the pearly white sands. theres nothing going on away from the beach except for a goat looking for water to get his beard wet while atop a strange rock formation.

do i love you all? of course.

will i move here one day? never. there truly isn’t anything going on here which is why most of the 100k locals dream of moving to the netherlands or holland, whichever will give them a job.

its warm here and its windy. my taxi driver told me that the wind is your friend. if theres no wind you feel the 90 degree temps and you sweat like crazy. with the wind you love where you are and you don’t complain.

these are some of the sweetest and smartest people on the planet but i think that they are cruel sometimes. there were native “indians” who once inhabited this isle and to acknowledge them they named the local beer after them. i don’t think that’s nice since we know how “indians” and alcohol don’t mix.

the women are short and dark and sweet and can dance dance dance. they love americans. they love sorta dark americans like me. everywhere i go they say hi to me and wave. my mother rented the most hideous mini van that has a huge rent-a-car sticker on the hood and on the door but still the ladies wave. i was thinking about going to one of the night clubs here and seeing the locals shake their groove thing but they take their dancing very serious here. in february and march, for example, they celebrate Carnival and they dance all day and all night for 10 hours a day for two weeks.

i asked the college girl at the Aloe factory if people show up to work hung over after a night of Carnival and she says the whole island wakes up hung over but they just shake it off and go back to dancing while at work.

there are palm trees with coconuts. there are parrots, there are lizards, there are europeans who sunbathe with their tops off, there are dogs and chickens and lots of channels on the television.

last night we all watched the Sopranos on HBO and if that isn’t your way to vacation, too bad, it’s mine.

signing off from Internet Pl@net in the airconditioned glamour of the Crystal Shopping center somewhere in paradise, this is your pal tony reminding you that if you come here bring one bag of cash and another bag of sunscreen.