as you know ive had a blessed life. there should never be a time when im black on the inside or black on the blog or black at all except in my heart, but there in a good way.

i missed ashley because sometimes id put dylan on when we’d make out and you really cant do that with a teenager at the turn of the century who knows all the words to incubus but nothing from blood on the tracks.

and youd think that those wouldnt be the types of girls id make out with but pretty much everyone is wrong about me.

people love to put people in boxes is what i learned from this dylan doc.

pretty much every job that ive ever had they say at first that im not organized and i just let them say what they wanna say cuz theyre not gonna listen too close to me anyways.

just like how you cant explain bob dylan to a topless teenager in a hotel room in frisco, people will either eventually figure out that some things arent like anything else in the world, or they’ll miss the boat entirely.

bob dylan means the world to me.

and when the reporters ask their questions lie and smile.

when i was in college i wrote a little peice for the santa barbara news-press. it wasnt a long thing it was short and they didnt put it in the regular part of the newspaper they put it on the front page of the classifieds. 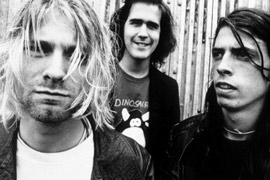 i was a writer at the time for the college paper and even though i didnt have any exclusive thing going for the paper, im a loyal man. and the only reason i did it was cuz the fratboy associated students president did it the week before so when the newspress called our office and asked me to write something in rebuttal to stir up some controversy the good people of santa barbara lompoc and goleta could turn to the classifieds and go to the campus corner and see the mudslinging there.

the newspress thought they were so smart getting the red ants and the black ants to fight for their folly next to mattresses being sold and prayers being offered up to st. christopher.

but the black kid with the afro holding the skateboard next to his column about the sellout president of the students had the last laugh because secretely the only reason that i did that column was because i noticed that the AS president had listed his grade point average, major, year next to his name

especially since i had attacked the president so hard in my column accusing him of trying to impress his boyfriends at his frathouse, excuse me, brothers, by sucking up to the chancellor and doing her bidding by voting for what she wished etc etc.

so when it ran i clipped it, and mailed it to my mother and said ma your boy finally has a respectable gpa!

and my poor mother was deathly afraid that id be sued by the paper until i told her that if she looked closer to the picture of her son holding the skateboard she would plainly see that my fingers were crossed.

which in california completely absolves you of any crime.