r />
mike royko was the greatest newspaper columnist ever. even he would probably agree.

he was a no-nonsense toughguy who took on the biggest toughguys in chicago, namely the mayor, the cops, ditka, and the owners of the cubs.

he first started writing for real at the Chicago Daily News writing obits. Quickly they moved him to covering politics and folk music as a columnist. When the Daily News went out of business he wrote for the Chicago Sun-Times.

As a Cubs fan I made a point out of not buying the Sun-Times, which was widely regarded as the Sox paper. But in my school they had both the Trib and the Sun-Times in the library and I snuck a peek at what Royko had to say from time to time. Ok, every day. And I wasnt alone. Many Cubs fans snuck glances at his super funny takes on Chicago politics and everyday life.

When Rupert Murdoch bought the Sun-Times Royko quit and moved over to the Tribune.

“No self-respecting fish would be wrapped in a Murdoch paper,” Royko said, and the fish pretty much agreed.

Remember the story of Valerie Plame, the CIA agent who was outted by Rove and newspaperman Robert Novak? Novak is a Sun-Times columnist and has been for years. When Novak dies, he’s got an ass-kicking or two coming to him and I would bet money that the Good Lord will let Royko near the front of the line.

in his 40 year career Mike Royko wrote over 7,000 columns. Right up to the end of his life when he suffered from a brain annyerism, he continued to be biting, critical, and funny. For example, when he made a list of his favorite Westerns someone asked him about his pick of The Magnificent Seven, asking him if he felt weird that one of his faves was actually a remake of a Japanese classic.

Royko replied, “if the Japanese producer had a choice, he would surely have made a western rather than a movie in which the heroes were stumpy, bowlegged guys who wore bathrobes and couldn’t speak English.”

Out of context some of that might appear racist in this PC world, but that sort of crude, street, common language, delivered in an intentionally ignorant manner was part of Royko’s charm. And trust me, he wasnt any easier on the… lets say… plump mayor of Chicago.

Or the cops. In fact late in his life Royko was arrested for drunk driving and resisiting arrest. In the police report the officers wrote down at least a half-dozen ways that Royko insulted them, many times questioning their heterosexuality.

Maybe its a Chicago thing, maybe its a big-city thing, but to me it’s classic.

As I’ve said several times here, there have been a few major influences in my life that are mirrored in this blog. Mike Royko’s hard-hitting tell-it-like-it-is style is all up in this piece. He was afraid of no-one no matter how big they were or how much clout they carried. And ultimately he was the champion for the common folk, and the Cub fans.

And for that he will be loved forever.

here is a column he wrote the day Jackie Robinson died.

All that Saturday, the wise men of the neighborhood, who sat in chairs on the sidewalk outside the tavern, had talked about what it would do to baseball.

I hung around and listened because baseball was about the most important thing in the world, and if anything was going to ruin it, I was worried.

Most of the things they said, I didn’t understand, although it all sounded terrible. But could one man bring such ruin?

They said he could and would. And the next day he was going to be in Wrigley Field for the first time, on the same diamond as Hack, Nicholson, Cavarretta, Schmitz, Pafko, and all my other idols.

I had to see Jackie Robinson, the man who was going to somehow wreck everything. So the next day, another kid and I started walking to the ballpark early.

We always walked to save the streetcar fare. It was five or six miles, but I felt about baseball the way Abe Lincoln felt about education.

Usually, we could get there just at noon, find a seat in the grandstand, and watch some batting practice. But not that Sunday, May 18, 1947.

By noon, Wrigley Field was almost filled. The crowd outside spilled off the sidewalk and into the streets. Scalpers were asking top dollar for box seats and getting it. 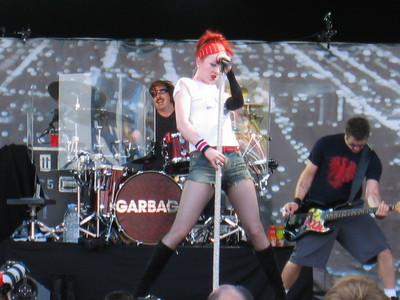 I had never seen anything like it. Not just the size, although it was a new record, more than 47,000. But this was twenty-five years ago, and in 1947 few blacks were seen in the Loop, much less up on the white North Side at a Cub game.

That day, they came by the thousands, pouring off the northbound Ls and out of their cars.

As big as it was, the crowd was orderly. Almost unnaturally so. People didn’t jostle each other.

The whites tried to look as if nothing unusual was happening, while the blacks tried to look casual and dignified. So everybody looked slightly ill at ease.

For most, it was probably the first time they had been that close to each other in such great numbers.

We managed to get in, scramble up a ramp, and find a place to stand behind the last row of grandstand seats. Then they shut the gates. No place remained to stand.

Robinson came up in the first inning. I remember the sound. It wasn’t the shrill, teenage cry you now hear, or an excited gut roar. They applauded, long, rolling applause. A tall, middle-aged black man stood next to me, a smile of almost painful joy on his face, beating his palms together so hard they must have hurt.

When Robinson stepped into the batter’s box, it was as if someone had flicked a switch. The place went silent.

He swung at the first pitch and they erupted as if he had knocked it over the wall. But it was only a high foul that dropped into the box seats. I remember thinking it was strange that a foul could make that many people happy. When he struck out, the low moan was genuine.

I’ve forgotten most of the details of the game, other than that the Dodgers won and Robinson didn’t get a hit or do anything special, although he was cheered on every swing and every routine play. 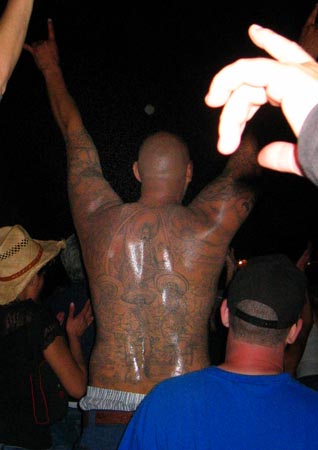 But two things happened I’ll never forget. Robinson played first, and early in the game a Cub star hit a grounder and it was a close play.

Just before the Cub reached first, he swerved to his left. And as he got to the bag, he seemed to slam his foot down hard at Robinson’s foot.

It was obvious to everyone that he was trying to run into him or spike him. Robinson took the throw and got clear at the last instant.

I was shocked. That Cub, a hometown boy, was my biggest hero. It was not only an unheroic stunt, but it seemed a rude thing to do in front of people who would cheer for a foul ball. I didn’t understand why he had done it. It wasn’t at all big league.

I didn’t know that while the white fans were relatively polite, the Cubs and most other teams kept up a steady stream of racial abuse from the dugout. I thought that all they did down there was talk about how good Wheaties are.

Late in the game, Robinson was up again, and he hit another foul ball. This time it came into the stands low and fast, in our direction. Somebody in the seats grabbed for it, but it caromed off his hand and kept coming. There was a flurry of arms as the ball kept bouncing, and suddenly it was between me and my pal. We both grabbed. I had a baseball.

The two of us stood there examining it and chortling. A genuine major-league baseball that had actually been gripped and thrown by a Cub pitcher, hit by a Dodger batter. What a possession.

Then I heard the voice say: “Would you consider selling that?”

It was the black man who had applauded so fiercely.

I mumbled something. I didn’t want to sell it.

“I’ll give you ten dollars for it,” he said.

Ten dollars. I couldn’t believe it. I didn’t know what ten dollars could buy because I’d never had that much money. But I knew that a lot of men in the neighborhood considered sixty dollars a week to be good pay.

When I left the ball park, with that much money in my pocket, I was sure that Jackie Robinson wasn’t bad for the game.

Since then, I’ve regretted a few times that I didn’t keep the ball. Or that I hadn’t given it to him free. I didn’t know, then, how hard he probably had to work for that ten dollars.

But Tuesday I was glad I had sold it to him. And if that man is still around, and has that baseball, I’m sure he thinks it was worth every cent.