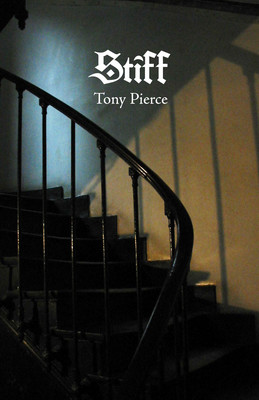 “eye dont understand why they still fuck with me
aint my name known and feared through these seven blue seas?”
The boat it did rock and the four winds were blowin
as in came a mighty big terrible storm.
the man from detroit from the deck he was thrown
and the spray and the rain on ulysees came down.
“Seaman Smith come up here, Dr. Know, up you too
i’ve got miserable news to unload upon you.
seems your wives they have written, untrue they have been,
paid that man there to row his boat here from Japan.
They’ve sold all of your cars
and theyve killed all your cows,
actioned off all your boys
then they burned down your house.
They’ve told all your secrets to all of your parents,
the pope, he found out, and annulled both your marriages.
How sad you must be, good men you are too,
but fight we must now, as therrrrres work we must do.
To the port we have pirates, on Acid theyre on,
starboard, fine women, the best to be found.
But we have only one cannon, and only one ball,
and, lo, in bad waters, tis certain death to us all.
but wait till you hear the worst news of the bunch:
in our cargo is condoms, and the girls just made lunch.
“I’m with you Brave captain,” Dr. Know he did pledge,
“I spit on the pirates and that son of the bitch.”
“And I,” declared Smith, and erect did he stand,
“A child I was born, but I must die a man.”
The pirates struck first, but the ball it did miss
but two more blasts came forth and they scored the first hits.
Ulysees, he tacked ‘gainst the old pirate ship
“Prepare ye to fight, boys. Prepare ye to live!
Though it means nothing to no one:
ask Doc and ask Smith,
we ride this ship once, and our lives they are quick,
as we ram these dull bastards, decide we of which:
Shall we howl our arrival or die sons of the bitch?”

The crew, beat and worn-out, were true men of the sea
as little as schoolboys they knew who theyd be,
from Hell and seawater they bounced in the waves
shrieking filth and poor tidings and pretty bad names.
And though their ship was a-sinking and doomed that it was
the men they stood proud as the rockets did buzz.
“If I thought we would die here, I’d shake your hands now,
but there’s women behind us, and that smells like good chow.
Fight on ye, me bastards, dont let one go unslayin
and stab every dead man, for they just may be playin.
Good luck to you all, to the rest happy sailing,”
were the last words brave Ulysees was ever heard sayin.