If you’re offended by these words you have a big fat problem.

You have a problem because you’re letting some screwball control your emotions in a simplistic way.

You are too sensitive and you should relax.

And by no means should you be reading a college paper, because in most people’s minds, college journalism echoes society more honestly and with less restrictions than any other source of information.

At least that’s how it used to be.

Anyway, by now you’re probably a wee bit less offended by these words as you read, which is normal.

If you are the type that does get all angry inside and your heart starts racing and you want to kill “whoever the fuck wrote that Goddamned story,” you are in way more trouble than you think.

You’re probably better off reading the Santa Barbara News-Press. They won’t shock you or make you angry, I promise.

Or if you think you’re intellectual and you think the Nexus is beyond your scope of mental stimulation, read the New York Times. They’re as boring as the Los Angeles Times, but more expensive, although their book review section is better.

Because they review books that have a lot of “fuck”s, “shit”s, and “gosh”es in ’em.

Some people don’t like it when you grammar bad.

Most “swear” words are pretty funny when you actually think about them when you read ’em.

Some people are just so sensitive you could call them by their given name and they’d be upset at you, like that one guy in Stripes.

I think his nickname was “Psycho”.

They called him Psycho because he didnt realize that names are just a bunch of letters that form a word that some guy somewhere said meant something. Spelled backward they mean something else or don’t mean anything at all.

People play records backwards to see if the musicians are trying to say something “dirty” or wicked but this may be the first time they read a newspaper backwards.

I heard a story once where a guy wrote a newspaper essay where the first letter of each paragraph when they were all put together spelled out a sentence. People will do strange things to have their message printed and other people will get mad and others will get happy. It’s just the way it is.

Words are only as powerful as you let them be.

Red Jello in a bowl with a scoop of whipped cream.

Realize that if you really hate the way I wrote this and you despise all of the “nasty” words I’ve used, I’ve taken you through a trip in and out of gutters that you probably didn’t even want to go through.

Does that make me the shitty writer that you accuse me of being?

Or does that make you one of the easiest people in the world to predict, manipulate, and control?

You may love me or hate me, either way I have no idea. I may be awake or asleep, dead, or in Hawaii, and I have affected you. But did I affect you or did you react a certain way to splotches of ink on the cheapest piece of paper available.

When your mom writes that she loves you and your president writes it and I write it, it’s different to you, isn’t it? Is that our fault or yours?

That goes the same for fucks, shits, farts, green juicy boogers and the cool side of your pillow – they’re all just words and mean absolutely nothing unless you pretend that they do.

If you don’t believe me, try to read from King Tut’s tomb. What do you think hieroglyphics really mean?

Fuck off, I’m tryin’ to get some sleep.

They don’t mean a thing unless you think they do.

Autographs are the same way.

And opinion columns in newspapers.

And graffiti on walls. 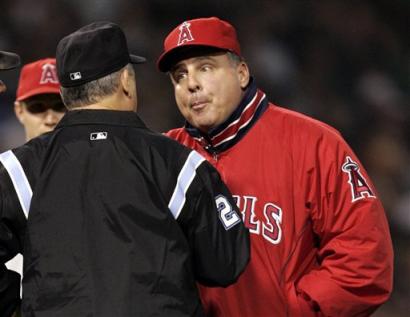 does lowercase make it less harsh?

What about spread out?

My God, you are strange if words affect you so. Am I really responsible for your inadequacies?

Wait, theres one I forgot. It’ll piss everyone off.

Well maybe not everyone. Just the overly sensitive ones. The best part is I didnt say Pro or No Abortion and I betcha there’s already someone who I hadn’t pissed off who’s now red hot. Sorry babe.

Because I’ve chosen to arrange these letters this way, have I made a reflection of myself on this paper?

Is this a “dirty” “radical” “liberal” paper because they printed this?

Or is it just a blank sheet that they fill up with ink every day?

What if they put the wrong name up there and I’m really Chancellor Uehling?

Seriously what if she paid me off just so she could say “nasty” things in public.

God I hate you peons.

What if you found out my name isn’t really Tony, but it’s Tammy and I was a girl? Am I less feminine now for arranging these letters this way?

A bucket full of grape jelly.

Well, I have no clue what more to say.

Be nice and don’t be stupid when talking about our very first amendment – there are no accidents. 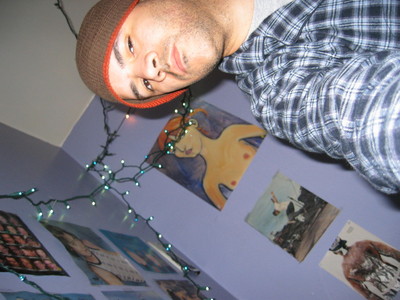 someone put this knucklehead in the wikipedia

whoever you are, thank you, merci & gracias 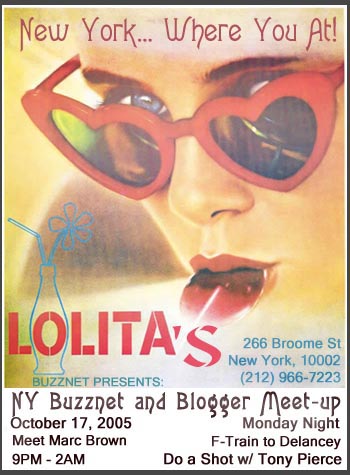 and ive lost tons of jobs.

but i think this is the first time in my whole life that ive had a job lined up more than two weeks before leaving the “old” job.

for the last two weeks ive felt somewhat like howard stern chomping at the bit waiting to jump over to the other side where i can really go for it.

unlike howard i really liked my current company, but i really didnt fit in the job that ive had. you can try to be a shortstop playing catcher, but after a while people just say, “dude you cant even put on the equipment properly – go find a team that needs a damn shortstop and quit embarrassing yourself.”

yesterday there was a tv crew in the place. it reminded me of E! because they used to shoot all over the building. i like that energy and i will miss it.

i will also miss how smart everyone is.

for all you young people who read this, just know that some companies dont always hire smart people and so if you find yourself surrounded with people who know what the hell theyre doing or have great ideas or know how to communicate, appreciate it cuz it’s rare.

i know its hard to believe, but it’s true.

i will also miss hollywood blvd. which is a daily acid trip. ive seen vomit, poop, celebs dolled up, celebs fucked up, tourists from every country, space aliens, dogs walking themselves, the hottest chicks alive, and the scariest people of all time.

one day i will take a camera up and down hollywood blvd for a year and make the greatest coffee table book of all time, but first i have some kickass work to do with my friend marc brown and his longtime partner anthony over at buzznet.

my first assignment is to fly to new york this weekend, meet christie from the best week ever blog, and some old friends, and then crash the BlogOn con and spread the word of buzznet which has made some improvements lately, including increasing the size of their horizontal pictures.

there are many more upgrades on the way, so stay tuned. and do me a flavor, if youve ever considered signing up for a free account and/or putting a buzznet strip on your blog, knock yourself out and sign up… for me, your pal tone.

and if youre going to be in new york on monday night come have a drink with me and marc at Lolita’s in the East Village.

i’ll have a few copies of Stiff for sale, you’ll get to see how frickin tall mc brown is, and if you’re lucky you’ll even get to buy me a Baileys on the rocks.