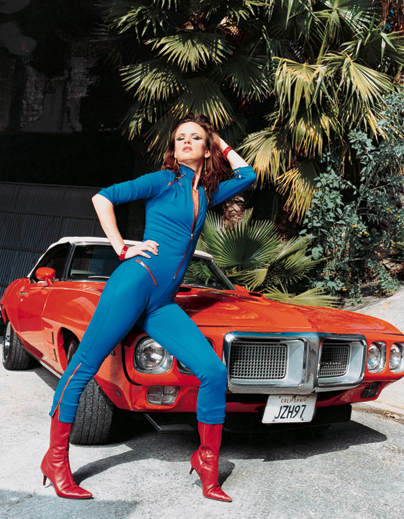 today is my last day at work and tomorrow is my first day at Buzznet. to be honest i cant believe either are happening.

today i have major work to do at work and then after lunch we’re going bowling as a very nice farewell for me and another person who’s last day is today.

even though i wasnt perfect in my role i loved every day that i was there.

yesterday i had to wake up early to drive to compton to pick up some wire. i loved it.

i always had a smile at that place and people probably thought i was retarded or high or secretly had x-ray contacts on or something, but no, i just really dug the place and wanted to do anything at all possible to help the company. deep down all ive ever wanted to do anywhere is help. i dont know why. maybe i am retarded.

look-look was tons different than E! i didnt need a picture ID card here. its like being a dog without a leash. you dont know how nice it feels until youre unleashed.

also i never locked my computer. not that i didnt trust my cohorts at E! but that was sorta part of the deal there, when you left your desk you locked your computer.

also hollywood blvd is the greatest. sometimes i feel bad for tourists who end up there cuz there really isnt much to see or do after you put your hands and feet in the footprint of dead stars, but now i see that part of the appeal is looking at all the freaks on the street. for the last two and a half months perhaps i was one of the freaks that they looked at.

nearly every day i would get asked directions from a tourist and i totally helped them. often i would tell them to get in a taxi and pay the man $5 to take them to Palms Thai which isnt far from hollywood and highland.

i will miss it all, but i look forward to being at an even smaller company and helping it grow.

yesterday natural kinds wrote a sweet little post about me. hes really honest about how he resisted jumping on the busblog bandwagon because everyone else had already done it.

its so weird because ive heard this before, and maybe in comparison to 17 million blogs the busblog is “popular”, but have you guys ever looked at the technorati 100? im not on there. 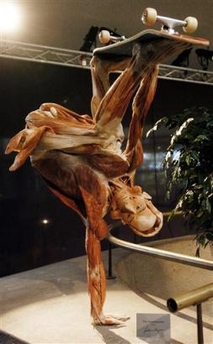 stuff on my cat, of course being the blog where people send in pictures of their cats who have stuff on them.

me, who updates twice a day like a maniac. rain or shine.

at #298 is flagrantdisregard.com, no not our pal flagrant disregard, but someone who has only updated twice this month.

so no, if you jump on the busblog bandwagon you will still be cool because im getting my ass beat by people who barely even blog.

but trust me, i know what natural kinds is saying. i gave the Killers a hard time for being popular before i thought they deserved it, and oddly enough i didnt buy their cd until some jackass on rockstar:INXS did one of their songs acoustic and i was all, shit thats a great song.

nk is also annoyed that i hype my own products. i can understand that. but if i dont hype them, who will? i put my latest book out on monday and i think ive only sold 25 copies. to be honest, i think thats pretty disappointing. when i was at sxsw i was invited into the barnes and noble booth to sell how to blog just an hour before al franken was selling lies and lying liars and i only sold one book as people were lining up for al. it was quite the spinal tap moment.

my sole customer, mr henry copeland of blogads. shortly afterwards i signed up for his service out of thanks.

i say this not to have people feel sorry for me, but so that you realize that all the tony-love is greatly appreciated, but its not as big as you think. plus the busblog is banned by many servers because of its “adult” nature. whatever that means. i dont show boobies on here or get into graphic descriptions of sex talk, but thats how im deemed on yahoo. meanwhile my podcasts arent allowed on iTunes, and when you search for them on yahoo theyre all deemed “explicit”.

and to top it off the only time i talk about guys like the Instapundit, who could totally increase my hits if i took it easy on him, i bash him. its not very smart, but its honest. and even though honesty is the best policy, it doesnt always help your popularity.

it also doesnt help to not spell check, to grammar bad, to fight with commentors in the comments, to talk shit about the white sox when im from chicago, to write about how much i love la, or basically do half the shit that i do up here.

hell, later today i might even post a poem on this shit. who in the feedster 500 is gonna do that today and get away with it?

so yes, i know i shoot myself in the foot just being who i am. but to me thats what blogging is supposed to be about: showing yourself and the world who you really are. if some people get it great if some would rather read someone else – too bad for them.

no matter how great the Daily Show is or Conan, neither get as much money or popularity as Jay Leno. the trick is to stay true to yourself and not turn into a sellout no talent Leno, despite how tempting it might be.

and with that, im off to my last day at work.

(by the way, yes i do hype myself, but i also hype tons of others every day)