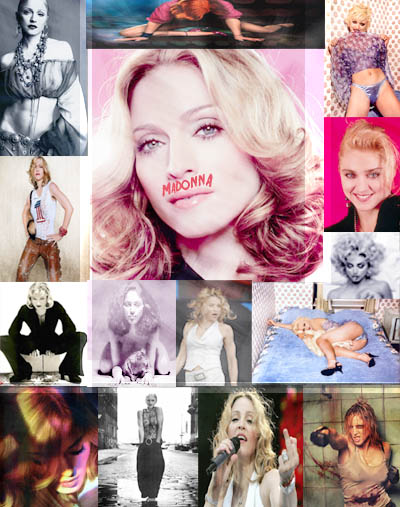 i believe youve justified your love. thank you. i look forward to downloading your next album.

we’ve been through a lot together. you and i. me and you.

i believe the year was nineteen eighty four. i was dating a punk rock girl super into the cure. and poetry.

and i said why yes it is.

oh madonna, i was 97 years old but i was so young.

back in those days we had to pay for our music so i didnt have any of yours.

but you didnt need to own any madonna records back then, it was everywhere.

when i got to santa barbara, true blue era, i couldnt believe that people were like seriously into you. like, no shes good tony. and when people ask me why i stopped taking acid its because people would play madonna records for me and itd freak me out and bad trip me.

my only solace, and i know you wont believe me but its true, and i write about it tonight, halloween night, because they were perfect for a night like tonight.

in college there was a band called pms. an all girl band.

carla was the singer but ramona the bassist, a melding between bettie page and henry rollins

with the greatest tattos… and everything, was the star.

she was the anti madonna.

and waited to die.

it stood for premarital sex.

they were playing in the backyard of an isla vista home.

or maybe it was a field.

you dont really know on acid, and for some reason i liked that.

and i listened to pms play and even though they were a very nice punk rock thrash situation, that particular night they sounded like angels

in their blood stained wedding dresses

bright red right at the crotch.

and the thing is, madonna, i wanna know about the bands that youve seen.

the nights youve had.

im glad youre into kabalah and yoga and living in england and all that fucked up shit, if you were living down the street coming back from the blockbuster in your sweats you wouldnt be a rock star to me. youd be pavement.

you and me had very little in common in the first place, and thats probably why i liked you.

and the fact that you were always getting naked for me and talking dirty.

and the fact that erotica, bedtime stories, and ray of light were somehow brilliant.

i dont know what youre doing nowadays, but maybe ive just been distracted.

maybe i havent justified my love.

you should let tsar open for you.

which is a no-no. i promised myself that after anna k i wasnt gonna do celebs anymore and we were having lunch at the ivy today and these fucking ‘ratzis started speaking some fucked up language and commenced to take like a gazillion pics of she and i and instead of saying wtf she just blushed.

i was all, youre famous!

she knows my rule. she knows all my rules. a while back i got in a fight with this one girl who complained that my rules were obnoxious and contradictory so i went through them and sure enough the lil ho was right. so i edited out the ones that were incredibly unfair, as well as the ones that were contradictory. and last night she hinted that she wanted to go steady with me and i gave her the book and she read it and i know she read it all cuz she had lots of questions today before the cameras started blowing up.

so we had planned on going to west hollywood tonight to walk around with the freaks but now im a little mad at her because rule number two is no lying and i specifically asked her when we were at midnight tacos, just meeting, what she did for a living and she didnt say im a celebrity. she said she was a student.

maybe in norway things are different, or maybe theres another word for celeb there, but her english was pretty good.

although her yah yah yahs were mighty sexy this morn.

the thing about anna though was she is a gemini and geminis are like having a hundred girlfriends. one day they want to squeeze out a few kids, the next day they dont ever want to be touched again, then the next day theyre dancing on your coffee table in a short skirt.

which is why i had to establish rule number one

any time tony wants you to dance on his coffee table in a short skirt, you have to.

this girl is a scorpio. trouble. evil. hotness, but trouble.

i kept thinking, this is scandinavian trouble, which is like a lion cub. trouble in another lifetime but not this one.

but as always i was wrong and there she is lying and im sure shes gonna dress up as the sexiest witch of all time and slithered under the crack in my front door before i even get home from work, but ive dealt with that before and i resisted it.

for a few minutes.

and yes it is nice getting laid again.

I remember the first time I read Tony Pierce’s blog because I’d only been working on Blogger for a short time, and the fact that I hadn’t heard of him was pretty bad from a first impressions standpoint.

But my fellow Pyrate (Sutter) tipped me off, and the first post I read was about how the newspaper in Hell is so bad. When I realized that for several weeks Tony had been writing his whole blog from Hell after having been escorted there by the spectre of Kurt Cobain, I was floored. From a “getting what this whole blogging thing can really be” perspective, it was a big moment for me.

Tony’s got a new book out called Stiff which collects all of his infernal posts into a choice of awesome covers. I just finished re-reading them this weekend and I couldn’t recommend it more highly.

for halloween im going to be on time for work.

ive worked at buzznet for like two weeks now and i dont think ive ever been on time.

maybe the first day i was, but that was so long ago im not sure, i was probably a few minutes late.

the problem is i stay late so i always rationalize things, but as i age i would like to be known as a reliable man, and being on time is part of that.

this was a nice weekend. i was able to kiss a pretty girl, i was able to hang out with my best friend, i was able to watch both the raiders and the bears win. i got to see my buddy jeff and his lovely family. i got to eat chicken burgers in the park. i even went to bed early last night so i could wake up early and do my little thing (that would be this) before i headed off to work.

there are many benefits to the buzznet loft, but today im going to try my hand at the Laundry Room. nothing ruins a weekend more than having to do laundry on a sunday night. so since the loft has laundry facilities i was thinking about killing two birds and omg even folding my shit afterwards.

how this administration gets away with what it does is amazing. and being an avid reader of the blogosphere gives me the twisted idea that the american public actually supports it, but its obvious that no, thats just the righty bloggers who are just o’reilly jrs who either do it because they get paid to, or because they like the attention.

if you cant be batman, may as well be the joker.

or in this case the contrarian.

but today is halloween so lets reminice a tad. back in the day, growing up outside Chicago, one had to pick his halloween costume based on the weather.

you had to figure out how to dress up and stay warm, so one day i was Jake Blues of the blues brothers cuz i could put some long johns on under my suit, one day i was a hobo cuz i could wear lots of clothes at one time,

and then one halloween was really warm so my mom dressed me up as a woman.

it was that halloween that i understood the skill it takes to walk in heels.

in isla vista i dressed up as a mexican which was weird because some of the real mexican adults waved and cheered at me, i dont know why. maybe i looked like someone historic.

and the last time i dressed up was, ironically enough, at the buzznet loft when mc brown threw a halloween party way back in 2002, pictured, with the lovely moxie.

i was jack white of the white stripes.

this year i will be a blogger doing his laundry.

some of you are not Buzznet members, and thats cool, but that doesnt mean that you cant have your pics on Buzznet. what i would like to do is have a little busblog Halloween gallery

so heres how you can participate: email your Halloween 2005 pics to tony.tony.halloween@buzznet.com and bam they will end up in my dealie.

just attatch your halloween pic(s) and in the subject header put in the caption.

the gallery is here.