so a bunch of us moved to the back for either more space or a better view of the gorgeous coast. so I moved away from the big smelly lady next to me because the dude in front of me reclined his chair back the whopping three inches that instantly makes his life complete. but I didn’t care, it was a nice excuse to jet. so to speak.

last night and this morning I was procrastinating like crazy which makes no sense because I really want to go on this trip. there are very few trips that I want to go on and this was definitely one of them. however last night when I was getting drowsy at midnight and I hadn’t yet finished packing I went to bed still unprepared for the morning.

being bald has its advantages but you still have to shave your damn head in the morning and that takes just as much time as picking my fro used to take. and then there were all the electronics I had to remember: computer, cords, batteries, headphones, ipod, battery chargers, lenses, memory cards, memory card readers, digital tape recorder, batteries for that, cord for that.

I cant even imagine what it would be like to have to pack if I had children. no thanks.

my flight this morning was at 10:30am which seems reasonable. but since its an international flight they like you there two hours early. if I was traveling with my mom she would like to be there three hours early. because of the early morning traffic I got there 45 minutes early.

theres a new thing going on at airports. im not sure if I like it or not. they have these machines where you get your boarding passes. the first thing they ask you is your confirmation number of your ticket. because im a dumbass I don’t have any such thing but I knew I had it in my gmail. so right there I opened up my laptop and because buzznet got me a tiny ibook g4 its got the airport xpress wifi built right in that bad boy and because the Lord loves us the airport had wifi going and I was able to search my gmail and found my confirmation number and I typed it in.

after a few touch-screen selections they asked me to swipe my passport.

well Ive had this passport since the millennium when 20 of my closest friends and I saw Tsar in Madrid and I never knew you could swipe that fucker. but lo I slid the passport where it told me to and out spat a boarding pass.

one thing that I packed with me this time that I didn’t pack with me for the new york trip is a condom. now I don’t think I will have any chance to get any Canadian lovin but I didn’t think I had a shot in new york either and I was pretty much wrong. and even though bringing one might jinx it, some would have you believe, I don’t subscribe to such witchcraft and as a former cubscout I was taught early on that it would not be wise not to be prepared.

this is one fidgety dude. he has his arm outstretched, he keeps scratching his head. his suit jacket looks too tight. hes not looking out the window, why did I pick mr nervous nelly to sit behind. why does he want to shake his dandruff over his seat an onto my beautiful white laptop?

why cant he just cruise to the very back and lay down or read his book or chill the fuck out?

that’s what I want to know.

tom green is back to blogging. I bet he doesn’t fidget on the airplane.

ok they lost my bag! booo!!

ok they have wifi! horrrraaaayyyy!!! 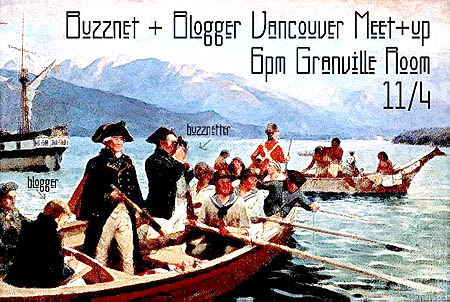 join me, wont you…