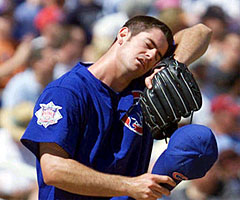 im seeing a lot of traffic
going through my mark prior photo essay from Cubs.com

there are more photo essays here including 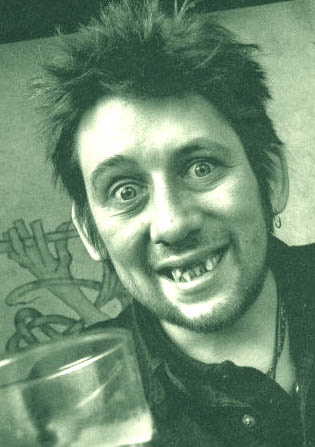 and theres nothing your friends can do about it or your lawyers or your loved ones or emmanuel lewis. you just do your thing and hope nobody gets hurt or you don’t get the shit beat out of you.

i have lost my mind a few times.

i have been insane in the membrane.

hi boys, would you like to suck from this magical balloon of looney love

and i had never seen an elf before and there he was in his felt suit and big red nose and his basket of gold and pointy shoes with bells on the toes and he looked at us like a dog would, with a cocked head and blush on his cheeks. were those whiskers?

and then i started to drift away.

away from my buddy.

i was drifting up into the sky.

i could see my body down there against the rocks, i could see the pacific and the sunset and del playa and the houses and then i came back down into my body slowly.

i took a breath of fresh air, god that was scary

oh shit then i floated up again this time higher way higher i could see all of isla vista, part of francisco torres, sands beach deveraux mental hospital lots more of the ocean, the curve of the horizon. fucking A the islands!

it felt like i was the ball on a gigantic paddle ball and i went back down to my body, faster this time, i didn’t dare take another breath of air

but i did and there i floated back up again. shit shit shit.

i had only been this high up when i was in an airplane flying home from a business trip nose smooshed up against the window.

the silver cord connecting rubber ball me with the paddle was going to stretch too far i feared and i would float up into heaven, a failure, a cheat. what are you doing here anthony h. pierce the third?

i lost my mind, sir.

hmmm, you’re not scheduled to be here for another 102 years. you’re a very bad boy, to hell with you.

but that didn’t happen, i was brought back to earth thanks to a sip of beer that my buddy advised me to take because i looked green. hippie chemistry. headache, smoke weed. weed headache, eat aspirin. hangover, drink rum. sensitive from acid, smoke pot. heartbroken, eat x. too much x? smoke pot. it went on and on.

the beer worked. dulled the visuals.

then the waves began to digitize.

the smoothness of sight had been replaced by digital colors of green red and blue, grainy like sand. the sand had turned into grainy red sand, it looked like a satellite feed from overseas in the middle of a nighttime firefight.

but it was sunset.

then it was just squares of colors.

and then just beige squares.

and then just black.

– originally posted three years ago today on the busblog

2. and abe lincoln scribbled something down on the back of his top hat bill:

Four score and seven years ago our fathers brought forth on this continent, a new nation, conceived in Liberty, and dedicated to the proposition that all men are created equal.

Now we are engaged in a great civil war, testing whether that nation, or any nation so conceived and so dedicated, can long endure. We are met on a great battle-field of that war. We have come to dedicate a portion of that field, as a final resting place for those who here gave their lives that that nation might live. It is altogether fitting and proper that we should do this.

The brave men, living and dead, who struggled here, have consecrated it, far above our poor power to add or detract.

The world will little note, nor long remember what we say here, but it can never forget what they did here.

It is for us the living, rather, to be dedicated here to the unfinished work which they who fought here have thus far so nobly advanced.

It is rather for us to be here dedicated to the great task remaining before us — that from these honored dead we take increased devotion to that cause for which they gave the last full measure of devotion — that we here highly resolve that these dead shall not have died in vain — that this nation, under God, shall have a new birth of freedom — and that government of the people, by the people, for the people, shall not perish from the earth.