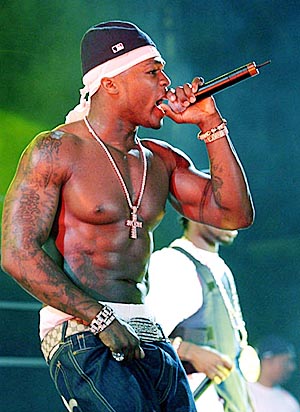 there are many benefits of living in hollywood and having a blog.

and being in the xbi.

theres the xray vision, the cool gadgets, the wine women and song.

and of course the black helicopters. mine being, as some of you may know, chopper one.

but the bad news is with all of those things there are rarely any suprises because you know about things before they happen.

in fact one of the xbi shrinks speculated that perhaps i was a stoner for the last 10 years because i wanted to dumb down so life would feel “normal” again, so that mundane things would feel interesting since my reality was so skewed.

false, but good try i told her and whispered nice ruffled pink panties.

i said with xbi xrayvision contact lenses nothing is mundane.

but she was partially correct. i like pleasant suprises and there werent very many here in hollywood since it was our job to not only be in touch with the heartbeat of the city but to know what was going to happen before it happened.

which brings us to todays movie.

one of the things the xbi likes to do for its agents is take us to the movies. believe it or not but i dont like going because im an idiot and id rather go with a pretty girl and hold her hand and buy her popcorn and play footsies and giggle through the film all slunk down in the balcony. i dont like going with a bunch of dudes on a film lot in the middle of a sunny day.

but back when i was “working” at Look-Look i was called in midday to screen Fiddy’s new film as a summer treat.

because my bosses knew that we liked surprises they didnt tell us who was starring in the movie, who directed it, or what it was about – which is Exactly the way i like movies.

let me say that i LOVED this film. now we saw it while it was unfinished. two scenes were missing and the ending seemed so horrible that it felt to me that perhaps they were going to clean that up too.

but 50 was good, lil 50 was Great, the director who had done My Left Foot did a wonderful job of making it slightly different than 8 Mile but just as serious.

and you know what, it was a good story.

going into the film i did not like 50 – i thought he was a mumbling ignorant flash in the pan successful only because of Dr. Dre and Em, who didnt deserve to escort Vivica A. anywhere and would be forgotten in hip hop before 2008.

but watching this movie i understood why he spoke that way, where he came from, and what odds he overcame.

yes it has its flaws that probably wont be edited out or fixed, but it was a hell of a movie that anyone who enjoyed Boyz in the Hood or 8 Mile would enjoy, or anyone who doesnt understand hip hop should see because this is American music, when at its best, comes straight from the streets.

and we get to see how crack influenced both drug dealing and music.

now lets talk about the billboard bru-haha. apparently some are not happy with the advertisement of 50 holding a gun to hype his movie.

its a violent movie about guns violence and gangsta rap.

so why cant a brotha have a gun on the poster hyping the film about his violent life?

maybe its because the old adage is true: the only thing more frightening than a man with a gun, is a [black man] with a gun.

but these protesters, just like pretty much every other faker out there, are hiding behind the kids, saying that the billboards promote gang violence and theyre too close to schools.

anyone who watches this film will learn that this film explains that neither drug dealing nor gangs got 50 a movie, a career, or the fame: it was hip-hop. yes theres drugs and violence in here, but its music that saved this Black man. thats the lesson the kids should be taught.

on the busblog scale of 1 to 4 quarters… this film gets 75 cents because of its unbelieveably horrible ending and nonsenseical 10-minute middle passage. otherwise fascinating, riviting, believable, real, and suprising.